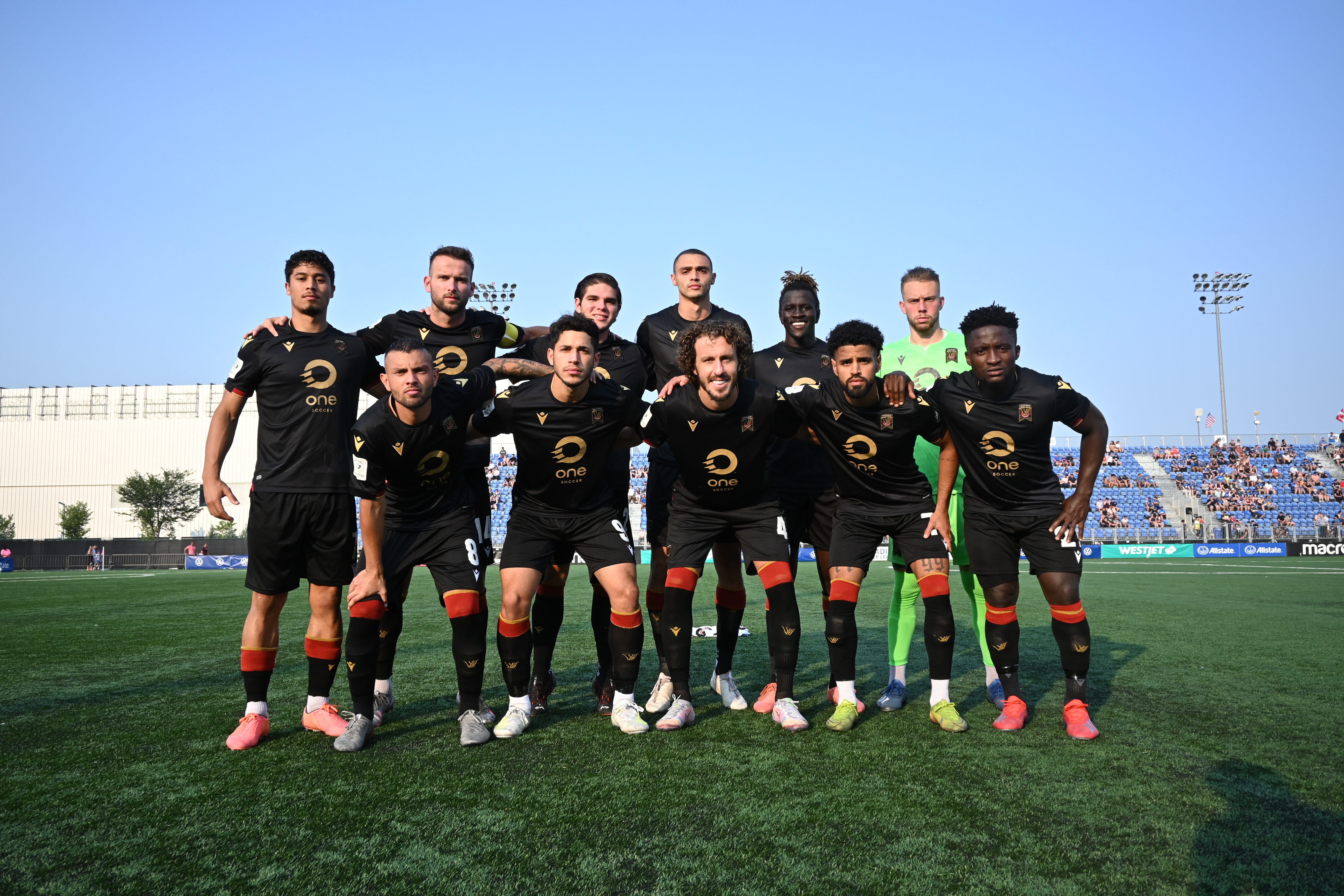 “We’ll regroup, reorganize. We’re getting our bodies back now and we’re starting to get our strongest 11 out there and the players that want to battle.” | Valour FC 1, FC Edmonton 3
July 31, 2021

Valour FC is now fighting through some stormy waters after merrily cruising through the first chunk of the Canadian Premier League season.

Valour has now dropped two straight after exiting the CPL’s Kickoff event atop the tables and falls to 6-0-3. As a result, the early-season cushion they had built up is now down to one point, what with Pacific FC having won two straight to improve to 5-2-2.

Those two clubs will meet on Wednesday at Pacific’s Starlight Stadium.

Despite finishing with a 58.9-41.1 percent advantage in possession, Valour fell behind early in conceding an Easton Ongaro goal in the 13th minute and then gave up two more in an eight-minute stretch in the second half before Andy Baquero spoiled the Eddies clean sheet with a late marker in the 88thminute.

“Just sloppy goals, really, that was the disappointing thing,” said Valour GM and head coach Rob Gale afterward. “You can’t give teams goals. The first one’s a scramble, there’s an appeal for penalty, it’s a broken play we had a chance to clear it and he bobbled one over the goalie… it’s as scrappy a goal as you’ll ever see.

“But then we got a foothold in the game after that, after about 15-20 minutes, and I felt comfortable, I felt we were going in the right area… we should have had a penalty that didn’t get given.

“Then we felt comfortable coming out in the second half that we’d be able to go after them and turn the screws, but then we gave away another soft, soft goal.”

Gale was particularly frustrated after the match in a disjointed media Zoom call not just because of the result, but because of some of the other aspects that surround the evening.

“… It was madness all around us tonight and it’s hard to keep your focus as a coach when you’re being harassed. But we’ve got to be better in the football and not give goals away.”

Valour will need to regroup quickly, as not only do they face a charging Pacific FC side on Wednesday, but the trip will also include a visit to Calgary to face Cavalry FC before a return visit to Edmonton.

“Look, we can’t give a team encouragement, especially when you’re on the road,” said Gale. “It felt like they were more the away team after that because they tried to protect and looked to counter and we were the team trying to force the issue.

“Again, you can’t give away soft goals. We’ll regroup, reorganize. We’re getting our bodies back now and we’re starting to get our strongest 11 out there and the players that want to battle.

“You’ve got to stand up and be counted when you’re up against big boys. It’s no good just having the battle the ball and trying to move it if you’ve also got to win your battles. That’s where they were a little bit better than us today.”

-New defender Rocco Romeo made his Valour FC debut after being loaned by TFC and played the entire match.

“I thought Rocco stood up well to the aerial bombardment we knew was going to come,” said Gale. “I thought he and Rodrigo (Reyes) defended well, it was more the spaces in front and pressing their midfield where we didn’t quite get connected enough.”

-Brett Levis came in in the second half and was solid.

-Gale said that midfielder Jose Galan is not on the road trip.

63’ – On Masta Kacher; off Rafael Galhardo