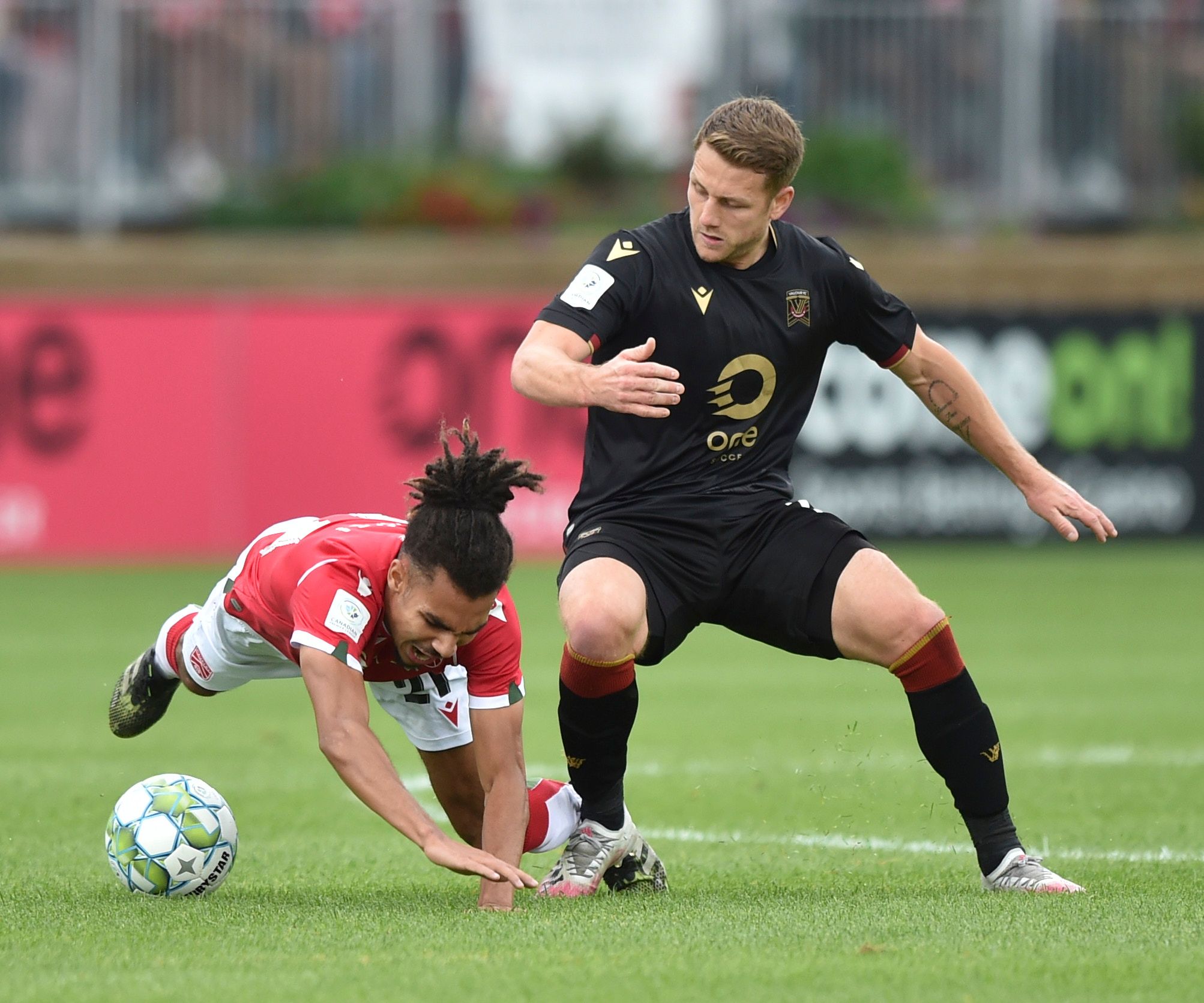 “I was still pleased with the brand of football we tried to play. We didn’t need to smash it and we stood toe to toe with a good opposition.” | Valour FC 0, Cavalry FC 1
August 8, 2021

Valour dropped its fourth straight – and third in a row on the road – in a 1-nil loss to Cavalry FC at ATCO Field in Calgary in a Sunday afternoon matinee.

The defeat drops Valour to 6-0-5 on the season and, after exiting the Canadian Premier League’s Kickoff event at IG Field atop the tables, the club now finds itself in a tie for third in the standings with Forge FC with 18 points – three back of Pacific FC at 6-3-2 and now two back of Cavalry, which improves to 6-2-3.

“It has been challenging,” said Valour captain Daryl Fordyce of the road trip in a post-match media Zoom call. “We’ve been in some tough places with Edmonton, Pacific and here and we haven’t got the results we wanted. But we knew it was going to be tough before we came here and we’re just going to have to buckle down again and try and find our way again.

“Going away from home is always tough. You saw when we were in the bubble we were ourselves. We came away and we’ve lost our last four games, but we’re just going to have to knuckle down and get on with it.”

Valour has one more stop on this four-match road trip through the West, with a return visit to FC Edmonton this Thursday, a place where they opened this swing with a 3-1 loss. That was followed by a crushing 2-1 loss at Pacific in which they surrendered the winner – while up a man, no less – in the 88thminute. 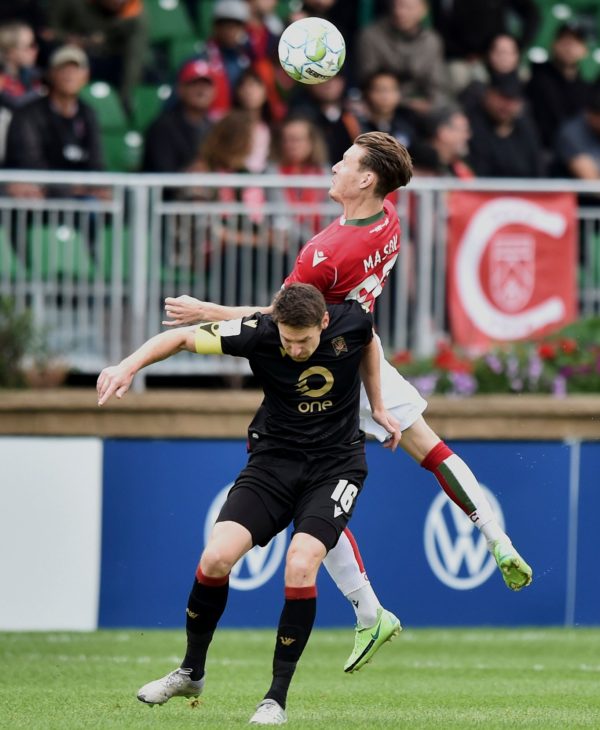 And in Sunday’s setback they were once again punished for a mistake, something which has been a recurring theme on this trip. Cavalry’s goal, by Mo Farsi in the 43rd minute, came just a few minutes after Rodrigo Reyes was forced to leave the game due to injury and was replaced by Tony Mikhael.
“I thought we played really well other than the goal comes from the sub coming on and he didn’t quite do his role,” said Valour FC GM and head coach Rob Gale. “Small margins. We pinned them back in the second half; one team on the front foot, limited their chances… you come to away games and play that well and it gives us a lot to build on.

“It’s just unfortunate that injuries have cost us goals at a key moment. Brett (Levis) the other night in Pacific and then the other sub where the guys got caught out in a half position and then again today we just got caught out and he hasn’t had time, really, to warm-up.

“It’s a little rub of the green here or there and it could have gone our way. We had a couple breakaways rolled back by the officials instead of playing advantage. It’s just little moments in games you’ve got to take advantage of and go again.”

Valour found another gear in the second half and controlled possession but was lacking in finish. They managed just five shots in total with only one, a deflection off Fordyce off a free kick, the only one on target.

Still, there was some progress, particularly in the latter stages when Valour began to more resemble the squad which looked so dominant in the Kickoff bubble to start the season.

“We came out here and played football,” Gale said. “We didn’t try to park the bus, did we? You come here and everyone says it’s a fortress and you can cower down. They do a great job of intimidation on the field and you’ve got to stand up and be counted and be brave to try and move the ball. I thought we did that.

“… It’s just the final third needs a little work. But I was still pleased with the brand of football we tried to play. We didn’t need to smash it and we stood toe to toe with a good opposition. They were the ones cramping, they were the ones making defensive subs. We were putting more attacking subs on – that’s a good sign when you come on the road and you force a team to its limits. A rub here or there we might have got a point, exactly the same as Pacific. That’s the only disappointment. It’s not the performance or the effort.”

38’ – On Tony Mikhael; off Rodrigo Reyes