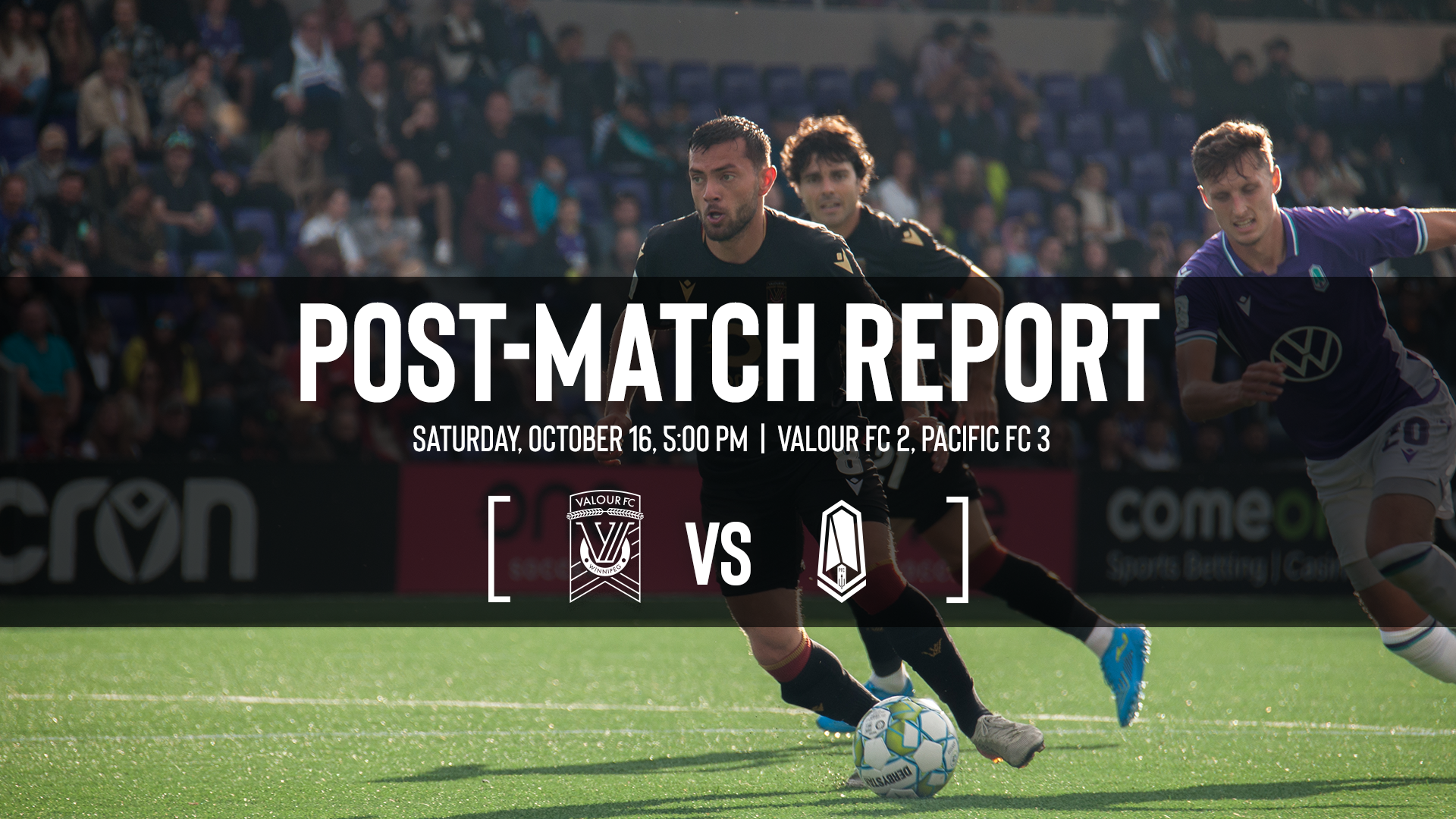 Valour FC is running out of runway and the hope for a late-season lift-off to a coveted Canadian Premier League playoff spot.

Winnipeg’s professional soccer club fell 3-2 to Pacific FC in front of 3,214 fans at Starlight Stadium in Langford, B.C. Saturday night and, as a result, failed to close the gap between the two clubs they are chasing ahead of them in the standings in York United FC and HFX Wanderers.

The loss drops Valour FC to 8-4-12 and 28 points – still three back of fifth-place York and four behind Wanderers, who hold the fourth and final playoff spot.

Those two clubs are both in action Sunday, meaning Valour will be rooting for FC Edmonton and Cavalry FC – the two Alberta clubs playing York and the Wanderers, respectively – for a pair of victories to keep the gap ahead of them the same.

Even so, Valour now has just four regular-season matches remaining, including three on the road, to find some magic.

“Four games left, we can still get points on the board,” said Valour winger William Akio. “There’s nothing to keep our heads down with. We’ve just got to go back, regroup and build up our points so that we can get to the playoff spot.

“There was definitely more urgency (in the second half). We came out, were obviously down, so we needed to pick up the pace and try to get back into the game.”

Valour started the match on an even footing with one of the CPL’s powers, but then began to cave in defensively with Pacific’s relentless pressure. Josh Heard opened the scoring for the home side in the 9th minute with a perfect finish of a feed from Terran Campbell.

After further evaluation, it appears Daryl Fordyce scored the equalizer.

But Pacific’s Campbell was back doing his thing a few minutes later, crushing a perfect strike over Jonathan Sirois in the 23rd minute. He capitalized again early in the second half to give Pacific a 3-1 lead in the 49th minute.

Valour found more urgency in their game from that point on with Akio scoring a highlight-reel goal for the second time in as many matches.

But despite cranking up the pressure Valour could not find the equalizer.

“Down 2-1 at halftime you’re trying to chase the game and (Pacific) getting that third goal against made it difficult,” said Valour GM and head coach Phillip Dos Santos. “As a coach you’re almost thinking that the solution you have there is to make the game a bit chaotic, try to stretch it a bit more and put (Pacific) in positions where they’re not comfortable any more. We tried to do that. We made substitutions and we made a bit of structural changes just to try and find solutions because when games are not going your way you can’t just look at it and not do anything.

“To be fair, it’s a fair result and a win that Pacific deserved.” 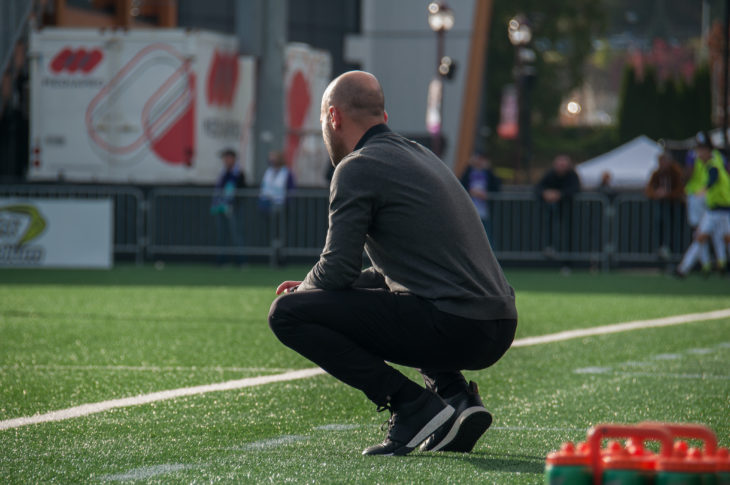 Valour’s next match goes Wednesday in the nation’s capital against Atlético Ottawa before what could be a critical meeting with Wanderers at IG Field on October 26th.

The club will wrap up the regular season with games in Calgary against Cavalry on October 30th and in Edmonton on November 6th.

“Every time you play a match and you want to win it you want to at least match the opposition’s intensity, and I felt in the first half we were way too often second on the ball, way too often slow reacting,” said Dos Santos. “That’s lesson #1 and that’s an easy one.

“I told the guys if we want to come here and get three points or get points in the home of the team that is leading in the standings – or was until earlier today – it’s important that we at least match their intensity, if not go beyond that.

“And today, early in the game, we didn’t do it. We were second to every ball. It wasn’t by lack of desire, you’re also playing for a team that works for that and has been successful because of their intensity and how aggressive they are in getting behind the opposition.

“That’s the game and we just need to respond. And we have a game on Wednesday to respond right away.”