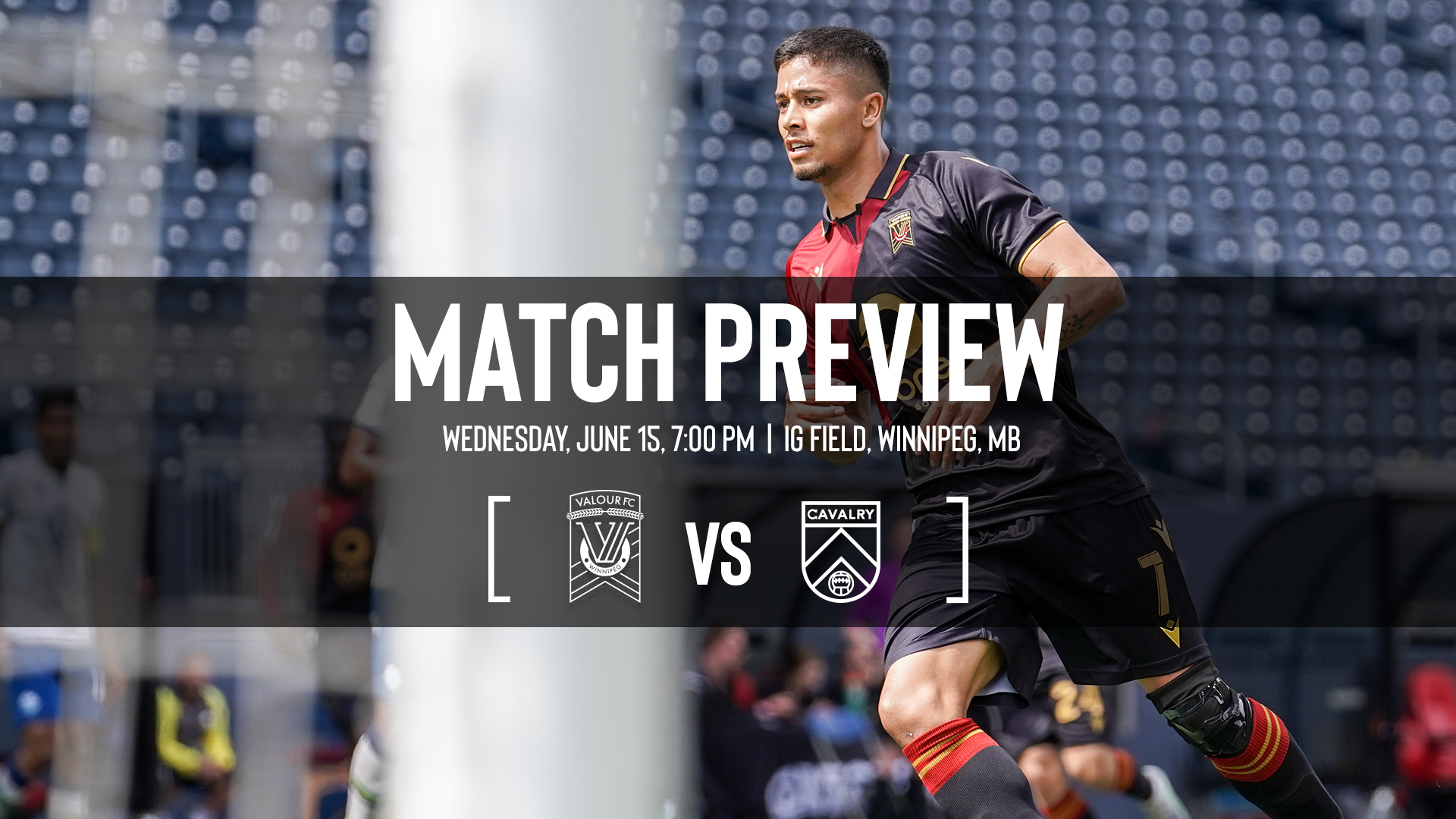 “We’re still just one-third into the season and now we’re getting all our pieces into place. This is where I’m going to evaluate the team.”
June 14, 2022

Moses Dyer will surely admit it was an experience. And he certainly took some things from it he hopes to apply to his own game for Valour FC.

But sitting out a game due to injury and watching from the suite level at IG Field while his teammates battled below?

Well, he’d just as soon never have to do that again.

“It really sucks to sit out,” Dyer said this week in a chat with valourfootball.club. “That’s my first time in three years that I’ve had to sit out because of injury, so that’s not too bad. I’m feeling stronger than ever right now.

“But I get more nervous watching the games that I do playing, because when you’re watching you’re just sitting there and you can’t do nothing. When you’re playing you’re really into it. I didn’t stop screaming and yelling the whole night.

“But it’s also good watching the game from up top because you can see the space, you can see what you should do. I hope to bring my energy, my running, and my leadership. But also, just being a threat running behind. That’s one of my biggest strengths.” 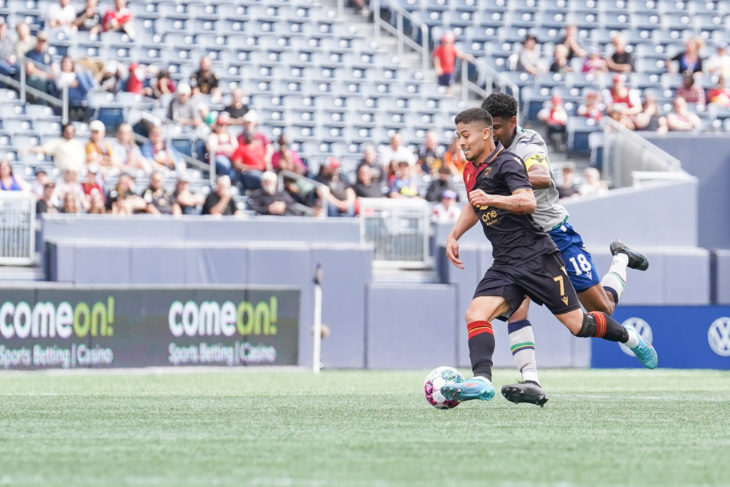 Dyer returns to the lineup Wednesday against Cavalry FC at home after missing the club’s 1-1 draw with FC Edmonton back on June 5th with a hamstring injury. His presence will be a plus for a Valour side, a bunch winless in its last four with two draws and two losses and which has scored just two goals in its last four matches.

Valour GM and head coach Phillip Dos Santos noted Dyer’s absence after the draw with Edmonton, a game in which the home side dominated the possession numbers but was ineffective in and around the box until William Akio’s game-tying marker in extra time.

“It’s about having more movement off the ball and more speed,” Dos Santos said. “And then it simply comes down to execution. Once you bring the team into these areas it’s about execution. If a guy wants to put a cross in but he puts it behind the goal… you can’t control that. That then is a player situation and if one can’t do it, then maybe another needs to play.

“I would be worried if we weren’t getting into the areas because that would mean there was a problem in our structure. Now when we get there it’s about execution.”

Valour’s training session Monday was minus centre back Andrew Jean-Baptiste, who is with the Haitian national team and started in Saturday’s 6-2 win over Guyana.

Congrats to @isthatdrew35 on his start in yesterday's 6-2 win over Guyana for @fhfhaiti.

He's back in action for Haiti on Tuesday at 5:00 pm CT. #ForValour | #CanPL pic.twitter.com/O1aKEtAmWo

He won’t be available for Wednesday’s match against Cavalry, as Haiti faces Guyana again on Tuesday, but the club hopes to have him for their upcoming road trip to York FC and Forge FC.

Valour will also be without midfielder Matthew Catavolo, as he was named on the weekend to Canada’s U-20 side for the Concacaf U-20 championship in Honduras later this month.

But all of the club’s international signings are now in Winnipeg – midfielders Daniel Ascanio and Kevin Rendon and forward Walter Poncé – although only the latter will be available on Wednesday. Dos Santos said Ascanio’s visa has hit a snag, while Rendon must serve a three=game suspension from his time with his Colombian trip. All three will make the upcoming trip to southern Ontario and could be in the lineup when Valour hosts HFX Wanderers on July 10th.

“(Rendon) looks good,” Dos Santos said of the latest arrival. “He looks technically sound. He’s a tall kid, physically fit – he’s what we knew he would be. He finds the game and he’s not a player that is in distress when he gets on the ball.

“He has the ability to see the game forward and find that final pass. Right now he needs to get ready and find his teammates and understand their movements. That will come with time.”

Dos Santos said he has broken Valour’s 28-match Canadian Premier League regular-season schedule into fourths and the club is just slightly off pace through the first portion.

“The message to them is we can’t fall behind,” he said. “We’re still just one-third into the season and now we’re getting all our pieces into place. This is where I’m going to evaluate the team.”