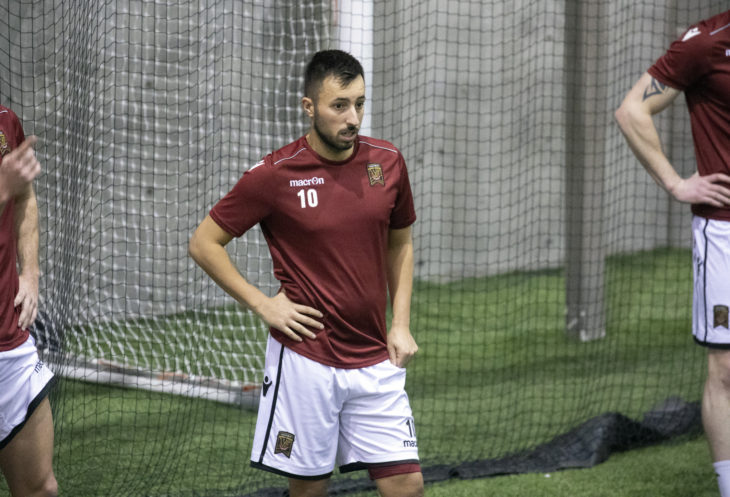 Valour FC’s historic inaugural season featured more downs than ups and Dylan Carreiro was there to experience virtually every nanosecond of it firsthand.

The ups included the Winnipeg product scoring the winner in the club’s first-ever match against Pacific FC and experiencing the magical home opener in front of over 10,000 fans at IG Field. But there were injuries, too. And there were losses – way too many losses – all of which left both physical and mental scars.

It felt – as Valour boss Rob Gale so aptly put it – like the first day of school and Carreiro, for one, was beaming at the idea of starting anew.

“It was a long offseason, a long five months,” began Carreiro after Monday morning’s fitness testing. “There was definitely time to think about everything from last year. Obviously, this is a new environment and a new team, so that’s a bit of a change. It looks good so far, the atmosphere is good. 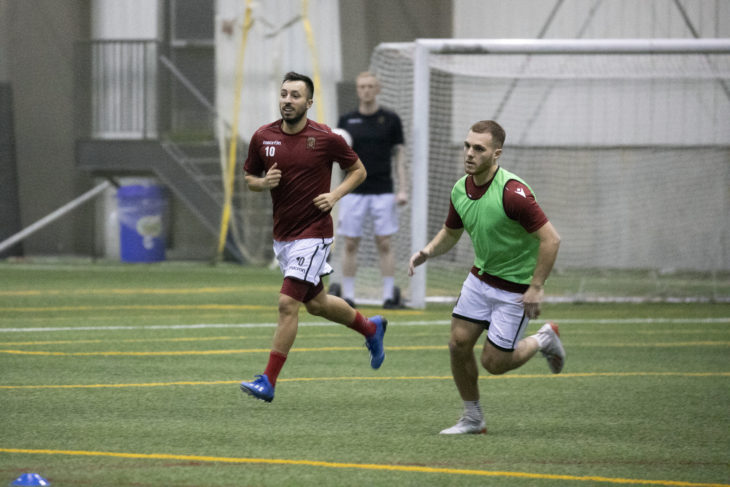 “It’s the first day, but we’re going to push to the beginning of the season and be ready to go so we don’t make the same mistakes as last year. You know, everyone is going to talk about the past, but it’s about going forward and what you can do next. Hopefully we have a great preseason and click together as a team. There are some great guys here.”

Gone are some of the players who became Valour fan favourites from a year ago, like Marco Bustos, Michael Petrasso, Louis Béland-Goyette and Tyler Attardo. But as Carreiro looked around him, he saw some familiar faces beyond returnees like Raph Ohin and José Gálan, including Fraser Aird – a former teammate with the U20 national team – and Brett Levis, who was also part of the NTC program.

“We’ve got a good group,” Carreiro said. “And for some of us there’s unfinished business here.

“I’m from here and I know the results and the performances from last year weren’t the best. We’ve got a lot of work to do, but this is another opportunity for us to do the club and the city proud.”

The second edition of Valour FC already looks physically more mature than last year’s crew. That was a priority for Gale & Co. this offseason. So, too, was stockpiling the roster with more experienced players. 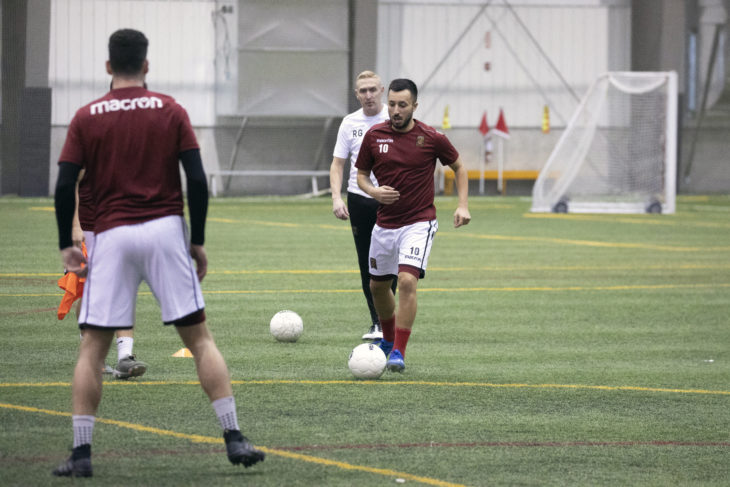 Enter Darryl Fordyce, as an example. The 33-year-old midfielder has over 400 professional matches on his resumé, including 117 appearances with FC Edmonton with his 32 goals making him that franchise’s all-time leading scorer.

“This does feel like the first day of school, although this is like my 17th first-day of school. I think this is my 17th preseason,” Fordyce said with a grin. “It’s good to officially get going with the boys. We’ve had a few sessions over the past weeks, but the majority of the boys are here now.”

First impressions can be lasting and Fordyce has a good feel for what the Valour FC bosses have put together here for Year 2 in the Canadian Premier League.

“I’ve seen a lot them already, trained with them,” he said. “There’s technical quality, smart players, fit players. We’ve got a mix of a lot of things. We’re going to keep working, keep improving ourselves and don’t have to worry about anything else. You know, people write or say things on the internet… they write you off and say who are the favourites and all, but we’re just going to take care of ourselves and keep things in house.

“It’s about controlling the controllables. We can’t control anything but what we do ourselves and as long as we put in 100 percent in every session hopefully we’ll have left no stone unturned and have a successful year.” 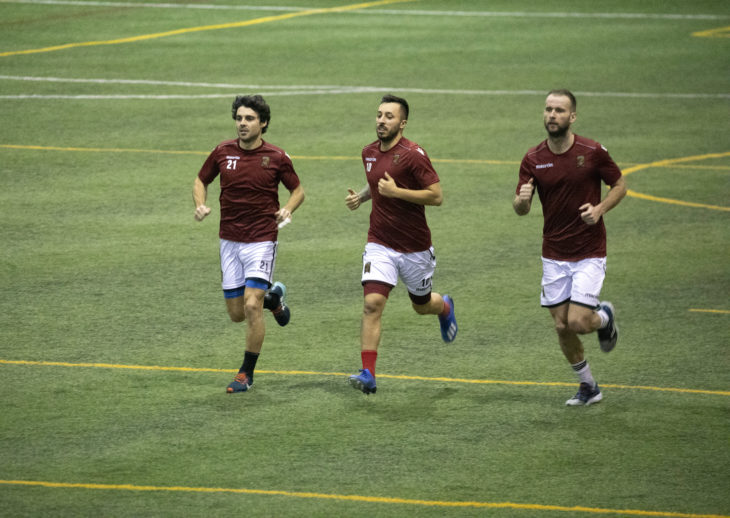 SHORT STOP, THEN OFF TO MEXICO:

GK James Pantemis, officially loaned to Valour last week from the Montreal Impact, is in town but did not participate in the morning’s fitness testing.

He was on the field for the afternoon session but the 23-year-old will soon be off to Guadalajara as part of Canada’s Under-23 men’s national team for the CONCACAF Olympic qualifying event which starts on March 21.

Valour FC management wanted Pantemis to come to Winnipeg to be around his new teammates in the early days of camp before his departure.

“It’s important during the course of the preseason for him to get used to the stadium, the layout, the lads in the room, get used to myself and the support staff and some of the tactical information in this first week as we build some legs,” said Gale. “There will be some material for him to take away and study and learn while he’s not with us, so that he doesn’t come back at the start of April and only have a two-week period to do that. It will set him up for when he gets back in.”

Both Amir Soto and Arnold Bouko Moutou have yet to arrive in Winnipeg, but the majority of the squad is in town and training. That’s key for a team that had players parachuting in at various stages during camp last year and because of that and injuries struggled to develop chemistry.

“We always want more. We’re still waiting on Arnold to come in, Amir and his paperwork to get cleared but other than that we’re pretty much all together,” Gale explained. “Those last couple of spots we’ve got the three or four boys competing for them this week. There might be one or two more additions as well as the two arriving so, much, much better.”