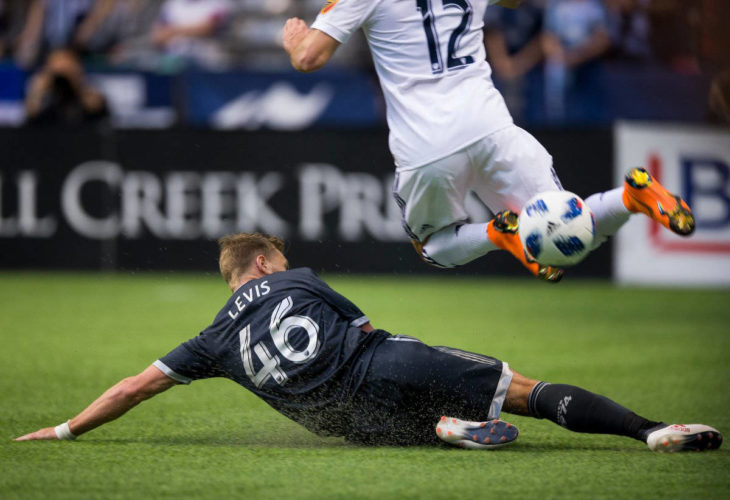 Valour FC welcomed Brett Levis on Thursday and the Saskatchewan product, who spent most of the last four seasons in the Vancouver Whitecaps organization, chatted with Ed Tait of valourfootball.club. Here are 5 Things To Know about the new signing:

Levis was born and raised in Saskatoon and graduated from Centennial Secondary School in 2011 before playing at the University of Saskatchewan. He began playing with the Saskatoon Youth Soccer Club and also suited up for the Saskatoon Accelerators of the Canadian Major Indoor Soccer League, and represented Saskatchewan at the 2009 Canada Games.

When he signed with the Whitecaps he became one of the first players from the province to turn pro.

“That was a cherry-on-top bonus,” said Levis. “My goal was to make it as high as I could and as far as I could and enjoy the sport. Once I started to see my progression when I got to Whitecaps and got these opportunities to play with the first team and the USL… that’s when it hit me that this could potentially help a lot of people back home because it had never been done by a player who grew up and played in Saskatchewan.

“There was this elephant in the room that if you were from there you were going to be overlooked no matter what by the national team, any professional team or academies. Saskatchewan was known for being overlooked. But once those opportunities started to come it made me very proud to be from Saskatchewan and this would potentially help players coming into the system that it is possible, especially for those who gave up the game before university or after university.” 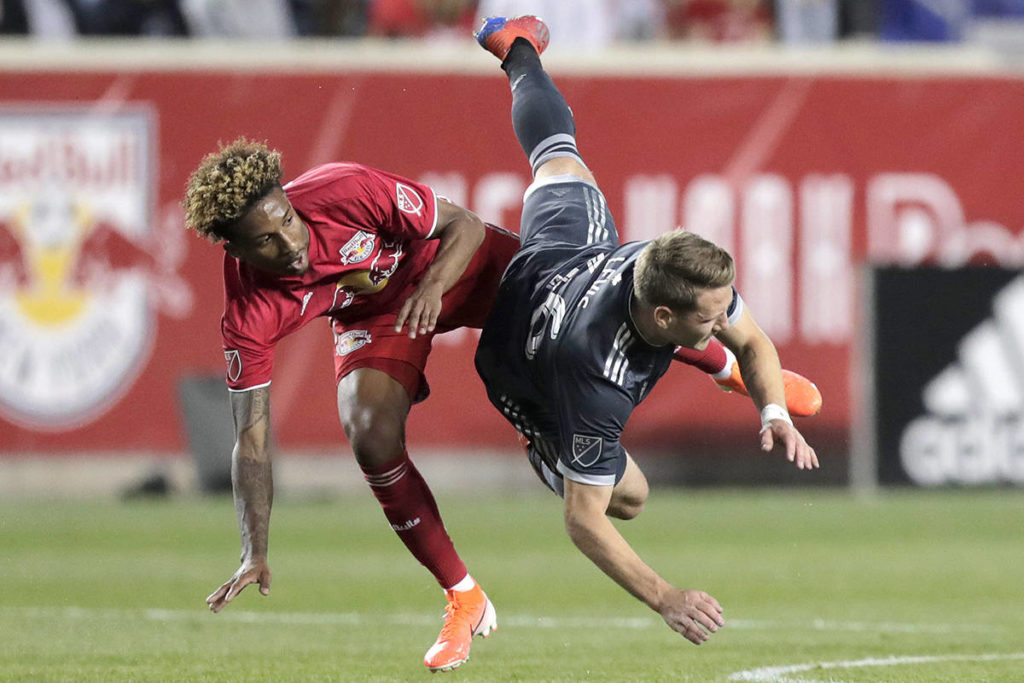 Levis wore jersey #46 with the Whitecaps, but…

“It was just a random number I was given with the second team and I just decided to keep it based on a number of things that had happened up to that point,” he said. “The fans in Vancouver knew me then as 46 and the numbers I really liked didn’t come up. I’m switching my number (with Valour) but I don’t know if it’s public or I’m supposed to say anything yet.”

Levis has been listed as a midfielder by Valour FC, but played both in the middle and on the back line during his days with the Whitecaps.

“I was a No. 10, a left winger attacker when I was in university and in my first year with the Whitecaps in the USL,” Levis explained. “And then with the first team they had an injury at left back and being a left-footed player, they put me there. I played the rest of the year at left back at USL and signed first-team contract as a left back.

“I would say I’m pretty versatile. I don’t know what Rob has in mind, but I trust the process. I can be a defender, a midfielder… whatever he needs me to be.”

Levis made is MLS debut in October of 2016 in a home game against the Portland Timbers. Unfortunately, in that same game he also tore his ACL and that injury would keep him out for 2017.

You can watch a documentary on his recovery and the inspiration he drew from his mom here:

Levis was named to Canada’s 40-man provisional roster for the 2019 CONCACAF Gold Cup but has not yet represented our country internationally.

“It’s a big honour to see my name on a list with all of those players,” he said. “But I’ve never been invited to a camp, although I’ve been really close a number of times.

“I’ve spoken a couple of times over the years with John Herdman, but injuries have come into play. At the end of 2018 when Octavio Zambrano was the head coach, I met with him after I had a pretty good run with the Whitecaps. He was very optimistic and excited and said he was going to bring me in for a March camp and then about two weeks later he got fired.

“I just think I need to play more games and if I get called in I do. If I don’t then I’m just grateful my name is even out there. My goal is to get called to a camp and play for the national team.”