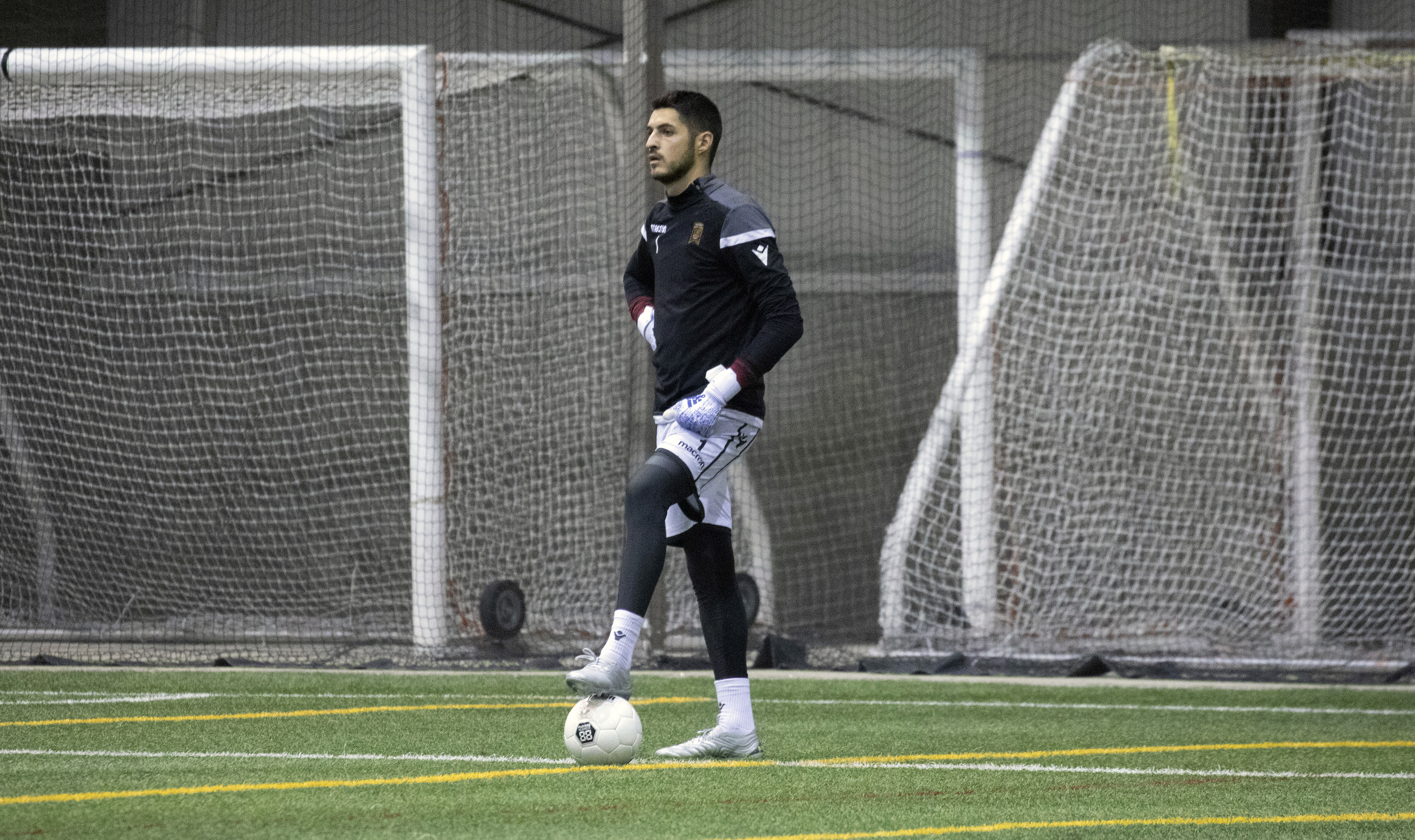 “This is a big year for me in terms of proving myself.” | James Pantemis returns to Winnipeg
June 29, 2020

Beyond that, the Valour FC goalkeeper and the rest of his teammates remain uncertain about what may be ahead for the squad and the entire Canadian Premier League while they continue training.

Will the CPL follow a ‘hub city’ format to get a 2020 season played, likely in a tournament format? And if so, where? Vancouver Island? Prince Edward Island?

“The hub city, I think it’s a great idea,” said Pantemis in a Zoom call sponsored by the Montreal Impact, the MLS club which has set up the loan agreement with Valour FC to have him in Winnipeg. “You see in the MLS and what they’re doing with everybody going to Orlando to play. I think it’s the safest way, presently, to do things because of everything that’s happening and all the uncertainty that revolves around this virus and how it’s passed on.

“It’s a great idea that the league is putting together this initiative and trying to find a place. Hopefully, we can come to an agreement soon and then figure out where we are going to play because everybody is eager to get started and get back again so we can start focussing on that goal. 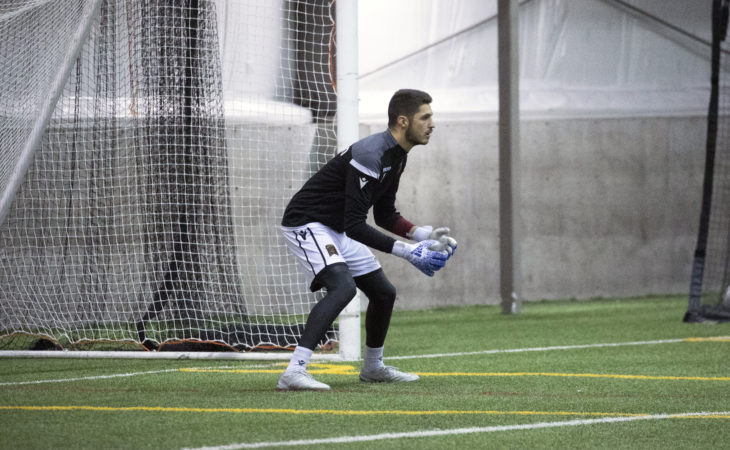 “I’m really looking forward to wherever it might be… to me, it doesn’t really matter if it’s in Winnipeg, it’s PEI or B.C., as long as I get to play that’s what matters most to me.”

That, in itself, is a big reason why Pantemis and the Impact made the plans for him to set up shop in Valour goal this season. Now 23, Pantemis spent the last three years with the Impact after signing his first professional contract with the club in 2017.

But his last full match was the Impact’s 2-1 win over Cavalry FC in the Voyageur Cup/Canadian Championship last August, and getting more minutes was key in his development and his decision to come to Winnipeg.

Pantemis was in Winnipeg for the opening of Valour’s training camp in March, before heading home to Montreal a few days into the proceedings just prior to a scheduled departure to Mexico to join Canada’s 2020 Olympic qualifying squad for a pre-CONCACAF Championship camp. Pantemis was expected to be Canada’s starting keeper for Group B qualifying matches against El Salvador, Haiti and Honduras in late march, with the two teams from that group advancing to the semi-finals and the two finalists then earning berths for what was supposed to be the 2020 Olympics in Tokyo.

That trip was spiked because of the COVID-19 pandemic, with the Olympics pushed to 2021. But the postponement also affected Pantemis, as Olympic soccer is a U-23 event and he will be 24 by the time the games arrive next year.

Thankfully, the International Olympic Committee will allow 1997-born players to still participate next year in Toyko.

“Obviously it was a bit disappointing,” said Pantemis of the CONCACAF qualifying tournament and Tokyo Olympics being postponed. “These are moments you dream of when you are growing up watching the Olympics on TV, whether it is in the winter or in the summer. Having the chance to participate in it as well is just an amazing opportunity.

“It was sad that we weren’t able to compete and I know there was a question mark, especially for me, because of the age group and what would be happening for the 97s because that was the cut-off year. Luckily they did make an exception and they will be changing that so we will have the eligibility to play next year, which is great.

“… Even though I was selected for the last camp that doesn’t necessarily  mean that my spot is guaranteed for the following year, so it’s going to be a big year for me to prove myself to make sure I earn my spot for the Olympics.”

During the conference call Pantemis was asked about using a possible CPL tournament to establish himself as a No. 1 keeper in the league. That, in turn, could earn him more minutes in the future in the MLS. 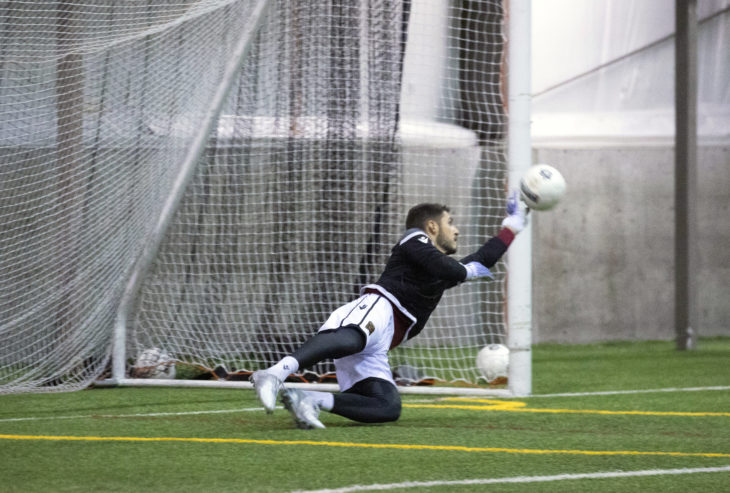 “If we look at the tournament, this might be the only games played this season, Pantemis said. “Obviously I need to be ready to go for all of those games. My objective — I wouldn’t say it’s an individual objective to be the best goalie — I just want to help the team out tremendously. I know they were struggling a bit last year in terms of goals against and the defensive aspect of their game, so I want to bring that solidarity in the back that makes you feel we’re strong, we’re well organized.

“This is a big year for me in terms of proving myself. I’m humbled and acknowledge that everyone speaks highly of my potential. It’s time to prove it now. Everyone can say what they want in terms of me being a good prospect or whatever the case may be, but it doesn’t really matter if I don’t show it on the field. That’s what I’m going for this year. Doing my best, focussing game in, game out, not try to get ahead of myself and see where it takes me afterwards.”