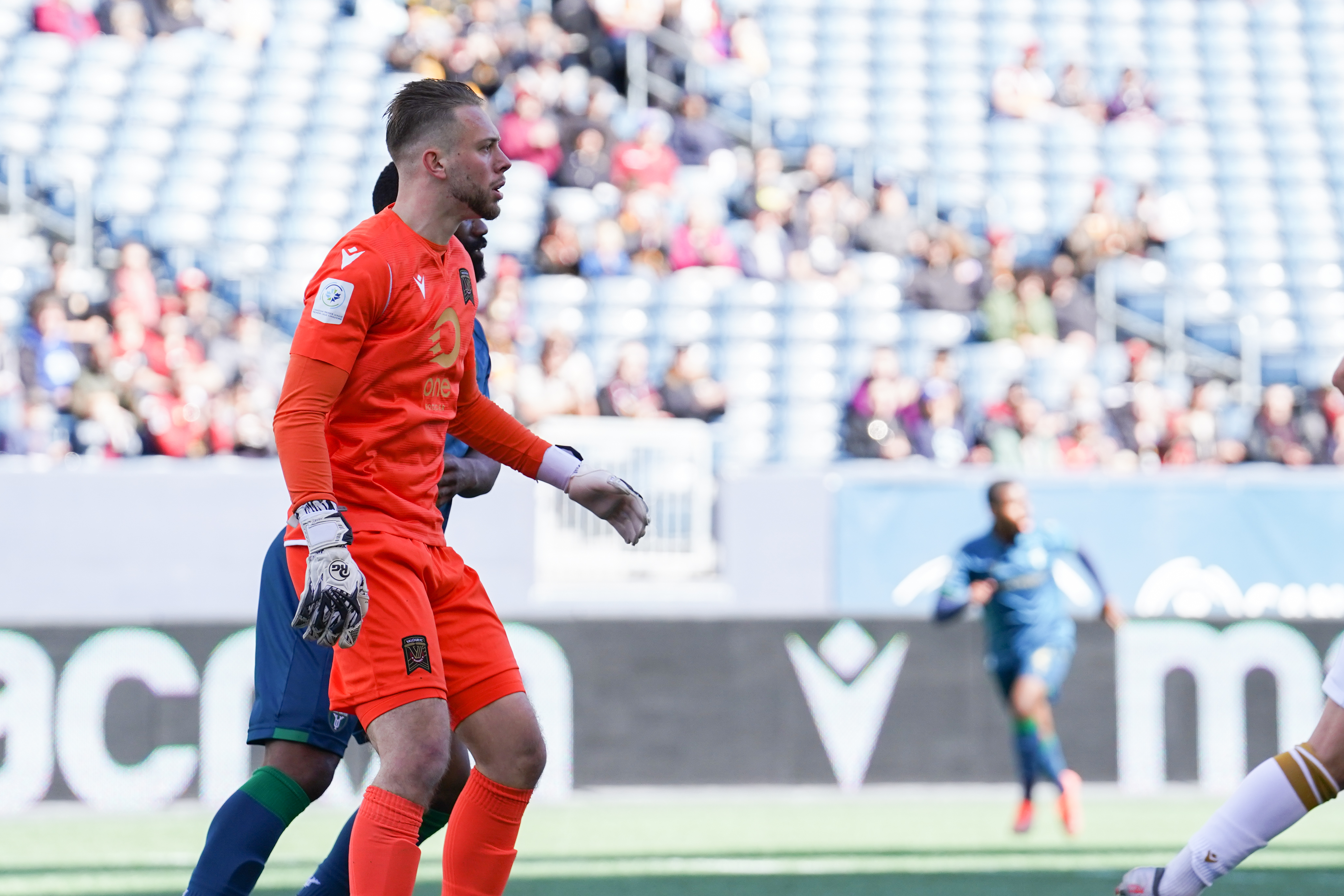 It has become one of the most-fascinating subplots of the Canadian Premier League’s young 2022 season.

It’s part mystery, part marvel and truth be told, Jonathan Sirois isn’t about to reveal even a hint as to the key to his success.

Valour FC’s goalkeeper – the CPL’s Golden Glove Award winner last season – stopped another penalty in Sunday’s 1-nil win over York United FC. That now makes him 2-for-2 on penally-kick stops this year and a remarkable 4-for-5 dating back to last season.

Just to put that into perspective, only three MLS keepers who faced more than two penalties a year ago managed similar numbers:

“There’s a lot of work done before the game in studying the tendencies of certain players,” began Sirois prior to training Wednesday. “A lot of it is also just instinct and trying to read the (penalty taker’s) body language. Sometimes I try to bait them and go to one side or the other, sometimes I don’t. And sometimes I just go with a feel, too.

“But I really don’t want to tell my secrets and give anything away.”

The Sirois’ penalty stop in the win over York came in the 55thminute on Sunday and with Valour struggling to keep the score level at 0-0. After Moses Dyer was called for a handball just a few feet from the goal line, York’s Osaze De Rosario stepped up to take his penalty. Sirois moved slightly to his left before diving right to stop De Rosario’s attempt, and then stuffed a charging Diyaeddine Abzi on the rebound. 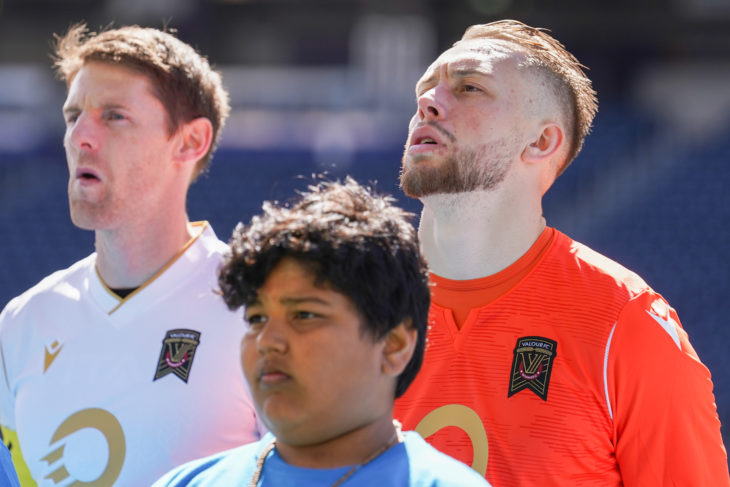 The moment served as an obvious boost for Valour as the flow of play began to reverse before Sean Rea’s dramatic game-winning goal in the 87th minute. Those two plays were critical in Valour’s first home win of the season and the result that pushed them into a five-way tie for second spot in the standings.

“Right after I made the save I saw Abzi coming for the rebound and so I didn’t have time to celebrate,” said Sirois. “I had to quickly get up and make that second save.

“But once the ball got sent away I just got back up and there was that rush, that adrenaline. It also something to hear and see the reaction of the fans and my teammates. It’s such a good feeling and it can be a boost to the guys, especially when we hadn’t come out of the half playing our best. A play like that can energize everybody.”

There’s a maturity to Sirois – both in his game and his personality – that belies his 20 years on this planet. It’s something the club noticed immediately upon his arrival on loan from CF Montreal last year, and it’s only grown since then.

“I try to stay calm out there. I know the team can get excited in those moments, but if I let my emotions get the better of me then I can lose control. I want to keep things cool,” he said.

“I always treat every single action as separate from the last or the next. Every single penalty will be different from the last. I stopped four out of five, but it could be that I concede the next four. You never know, right?

“The past doesn’t help you, but (his success rate) might trouble the other players. Maybe they start thinking too much about it.”

That, too, is an interesting point. In addition to the save on De Rosario, Sirois has also stopped Marco Bustos this season, along with Joe Mason of Cavalry and Osvaldo Ramirez of York United a year ago.

One secret Sirois did reveal – in those moments before setting up to face a penalty, well, some words are usually said.

“One of the good things about having a PK in the game is me, or the players around me, can try and get in the head of the guy taking the PK,” said Sirois. “In the (York) game you can see Stef (Cebara) starting to talk to De Rosario. After that I went and started to talk to him. After me, (Alex) Riggi went to talk to him. I went again after that… that’s a plus because it can give you a chance to plant some doubt.”

The details of what is said before kick, however, will remain a mystery.

“I can’t say what we say in those moments,” Sirois offered with a grin. “I’ll just say they’re not very good things. I’m not asking him what he’s going to be doing after the game, that’s for sure.”