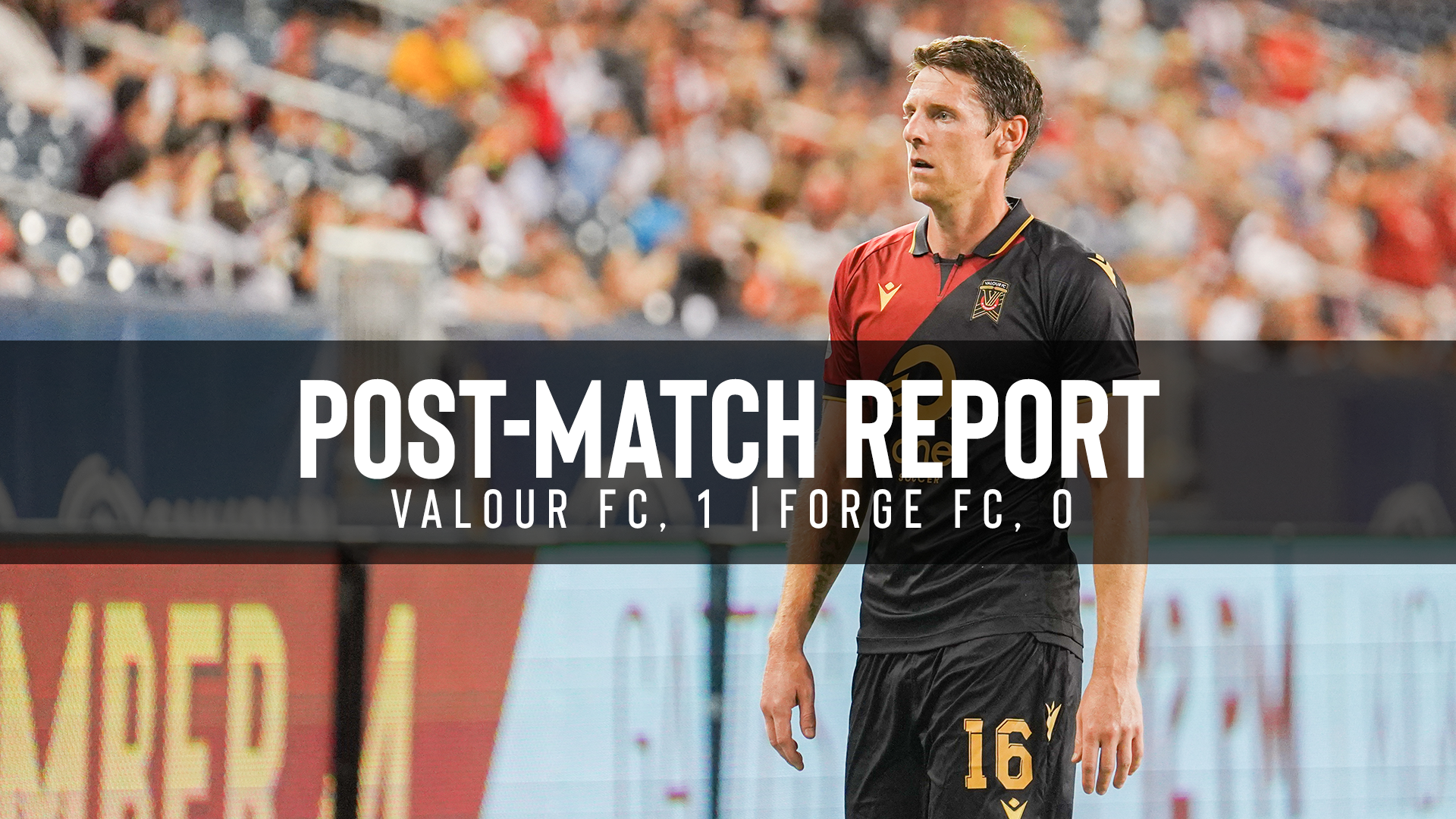 Valour FC is circling around the teams atop them in the Canadian Premier League tables like sharks smelling blood in the water.

Winnipeg’s pro soccer side knocked off perennial CPL power Forge FC 1-nil on a sticky Wednesday night at IG Field and with their second consecutive win have moved closer to not just the fourth and final playoff spot, but to every other squad above them they are hunting.

The win improves Valour to 9-6-7 – nine wins, six draws and seven defeats – through 22 matches and with 33 points they are now within two points of fourth-place Pacific FC, three points within third-place Forge, four points behind Cavalry FC in second spot and six behind Atlético Ottawa, which tops the standings.

With four wins, a draw and one loss in its last six, Valour has certainly made the CPL’s playoff picture much more intriguing with six matches remaining.

“We wanted to take up where we left off on the weekend (with a 1-0 victory over Pacific) and there’s moments in the season where you’re looking at the three points,” began Valour FC GM and head coach Phillip Dos Santos in his post-game address.

“We knew that against a good team like Forge it was important to protect our goal very well. We knew the areas that they target, and they like to attack, and we were able to play a very sound defensive game.”

Forge, which entered the match first in goals per match, managed six shots, with two making it to goalkeeper Rayane Yesli, who earned his fourth clean sheet. Critical to that was a goal-saving clearance by Andrew Jean-Baptiste in the 33rdminute.

Valour’s goal came on a touch of brilliance by rookie Matteo de Brienne in the 20th minute, as he did his acrobatic best to bury a pass into the box by Sean Rea, following a forced turnover by Stefan Cebara to put the club on the attack.

“The goal that Matteo found was… people are going to see the final action, but it was a great step into space by Stefan Cebara winning a ball and then the work of Sean Rea,” said Dos Santos. “And then the goal, the way Matteo finished, it was a very mature performance.”

It was an effort Dos Santos, answering a question posed in French, used the term ‘ninja’ in his description.

“We’ve been practising all these moments in training, and we finally got the opportunity,” de Brienne said. “Sean Rea… the quality he has is incredible and he managed to find me on a great ball where I was able to put it in the back of the net. All credit to him.”

The game featured 12 yellow cards – including a pair to Moses Dyer that led to his red and his ejection in the 99th minute of a match that took 100 minutes and 34 seconds to be completed.

All that sets up what should be a dandy in the rematch, also at IG Field, Sunday afternoon – although Valour will be without Dyer, its leading scorer, because of his ejection.

“The referee told us that when he brought coaches together that the recommendations or the info, they have is that when there’s a brawl you need to show the yellows,” said Dos Santos. “There were two of them, so you get exposed.

“I told Moses I’m disappointed at the fact that when you do have a yellow card you need to have the ability to be able to control your emotions and stay away from those type of situations. The truth is we lose a player and I still have to look at the count of yellows so there may be more for Sunday. The next guy in line is going to step in and do the job.”

-Rea’s assist was his league-leading seventh on the season.

-The clean sheet was Valour’s eight of the season. Only Ottawa, with nine, has more.