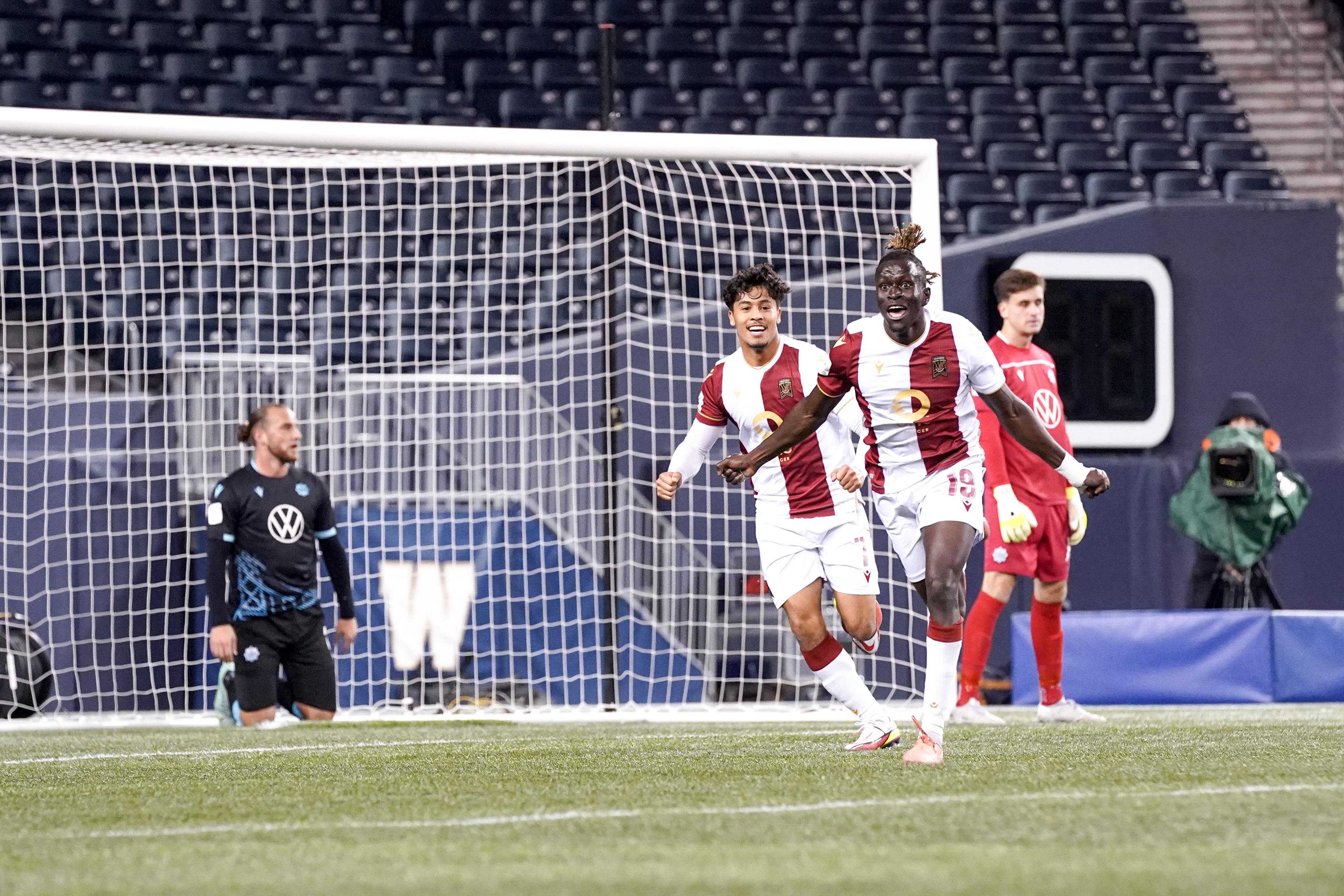 “Both Moses and Willy, to start this coming season, are big pieces for what this team could have going forward in the attacking phase of the game”
January 11, 2022

Moses Dyer and William Akio – two key cogs in Valour FC’s attack and a pair of burgeoning Canadian Premier League stars – will be back in maroon, black and gold in 2022

Valour FC announced today it has picked up the option for this season on both Dyer and Akio, who finished 1-2 in scoring for the club in 2021 – Dyer with nine goals and Akio with eight.

“Both Moses and Willy, to start this coming season, are big pieces for what this team could have going forward in the attacking phase of the game,” said Valour GM and head coach Phillip Dos Santos. “But they’re also two guys who work extremely hard in the defensive side of the game and that’s extremely important in what we’re trying to continue to build here.”

Dyer’s nine goals and Akio’s eight were the fifth and sixth highest totals in the CPL last year – Joao Morelli of HFX Wanderers was first with 14 – and also put the pair atop the charts in Valour’s short history. The nine goals by Dyer established a new single-season club record, while Akio tied the old record of eight, set by Marco Bustos in 2019. 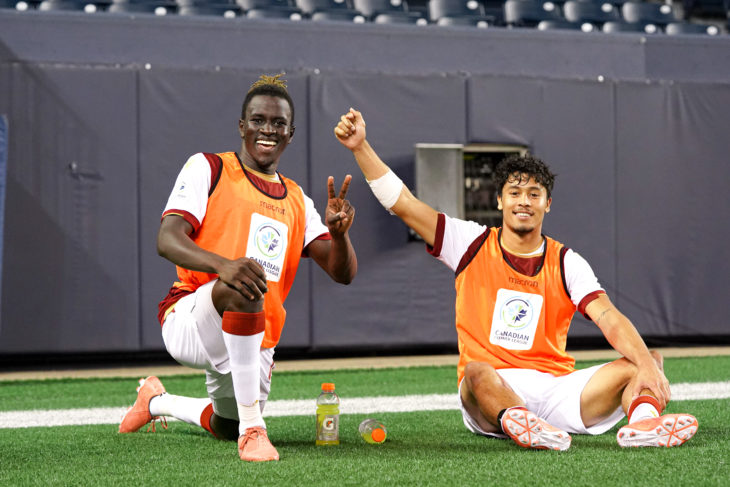 The numbers only provide a brief glimpse on their value to Valour FC and their upside, however. Consider that Dyer and Akio combined to score 11 of the final 18 goals of the 2021 campaign for Valour, which made a late-season push before falling one point shy of a playoff spot.

Six of Dyer’s nine goals came in the last nine matches; with five of Akio’s coming over that same stretch – all after the coaching switch to Dos Santos.

Dyer looked especially comfortable up front after being moved there following an injury to Austin Ricci, who had been the club’s leading scorer up to that point.

“Moses is a player who found himself in that centre-forward position and that’s where we expect to utilize him,” said Dos Santos of the 24-year-old New Zealander. “He had a goal-rate average in the last nine games that would put him up there with the leading scorers in the league.

“We’re excited to see how it’s going to go for him starting the season at centre-forward, but also working there in preseason and having the chance to train in the position. We think he could be among the top centre-forwards in the league.”

Dyer now has 10 career goals in 33 CPL regular-season matches with Valour – including the 2020 Island Games – which makes him the franchise’s all-time leading scorer.

And Dos Santos is convinced there’s more to come.

“He’s a player that had been shifting around from wide positions to second forward or central midfielder and I think it’s going to be good for him to start a season knowing exactly what he’s coming in to and this could be a year that is a breakthrough for him,” he said.

“There’s players that have those turning points, those moments that shift a career. When we lost Austin we started to look at our options at that position. Akio had been playing at that role as well, but it just seemed that the player who had most of the characteristics of a centre-forward, because he has ability to finish and is good around the box, was Moses. He was ready and just took advantage of it.

“It wasn’t a surprise, but it was good to see him take the opportunity the way that he did.”

Akio, 23, was one of the most-exciting players in the CPL last season – his first as a pro – and capped his 2021 with a call-up to the South Sudan National team.

“People see him is a mature player, but this will just be his second year of a pro contract,” said Dos Santos. “He’s a young pro with a lot to learn, but he’s a player that puts in the time, puts in the effort and trains extremely well and is extremely mature.

“The opportunity to go and represent his national team will also bring him a lot of confidence and experience. We’re excited to have him back.”