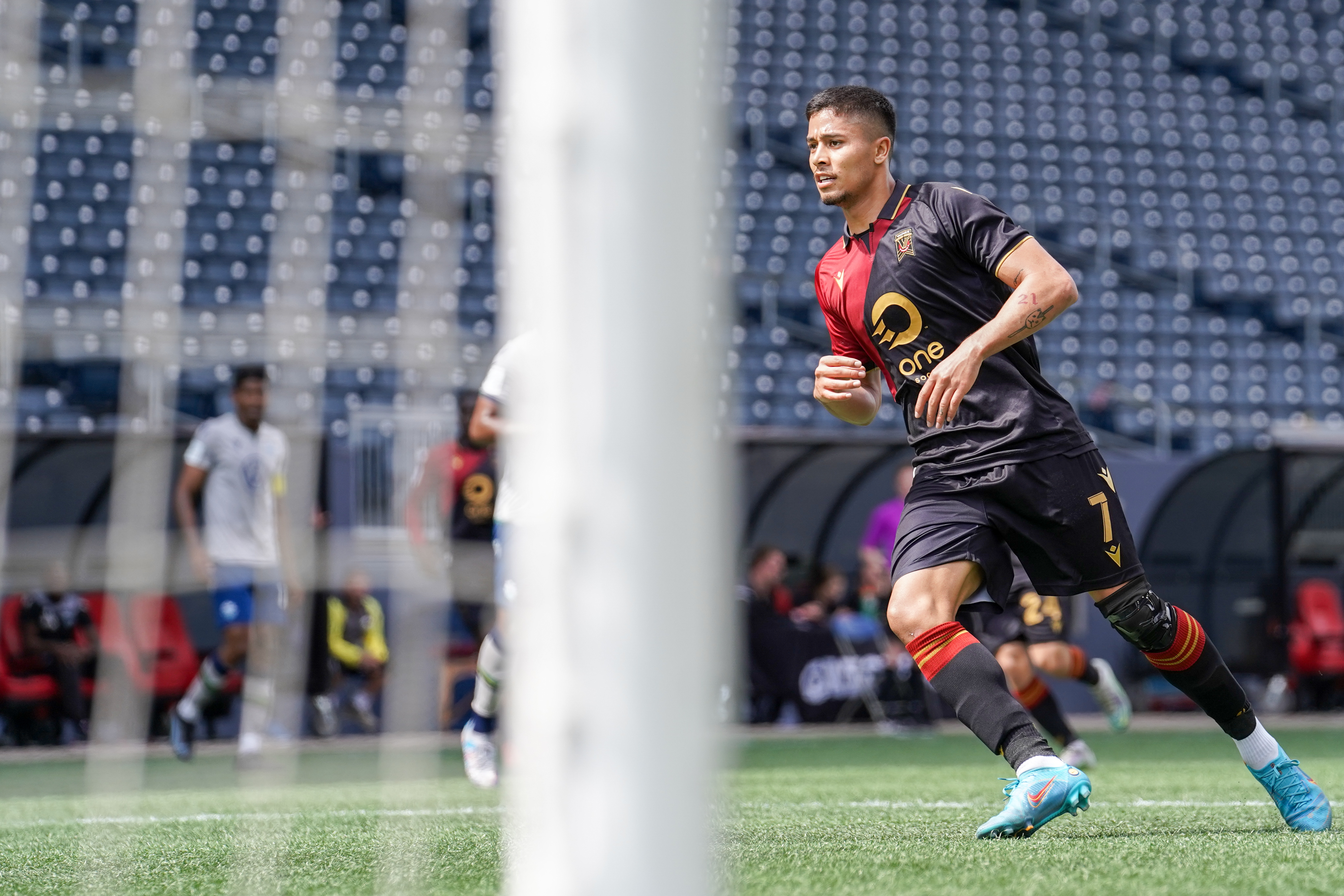 There were flashes and moments of brilliance, just not enough of them.  And there were some dangerous chances against that had everyone clenching their jaws.

So, the realist in Phillip Dos Santos was able to offer an honest big-picture following Valour FC’s 0-0 draw with HFX Wanderers in the club’s 2022 home debut Saturday afternoon at IG Field.

“It’s a game that I know I’m going to look back and I will say the best thing we will take out of it will be the draw, the point, and the fact we were able to get out of a game where I don’t think we were well and energetic enough,” said Valour’s GM and head coach. “They got into the game fresher than us and were able to still come out of it with a clean sheet.

“I was talking to my staff and when you look back at the team, last year we struggled to get draws in moments where things weren’t going well for us. That’s the type of game we’d end up losing. So, I have to look at the big picture.

Wanderers controlled the first half while working with a stiff breeze at their backs and managed 12 shots in the opening 45 minutes. Valour came to life in the second half, out-shooting HFX 12-5, but neither team was sharp in and around the box.

That said, Valour keeper Jonathan Sirois was the best player on the pitch in earning his first clean sheet of the season. His best save came in the 55th minute on a blistering show by Pierre Lamothe.
“I was tested a lot, I feel like, and it feels good to get a good performance in,” said Sirois. “Everybody’s still a bit disappointed. Defensively we got the job done because we didn’t concede any goals, but if we look overall at the game we can be disappointed with our performances. 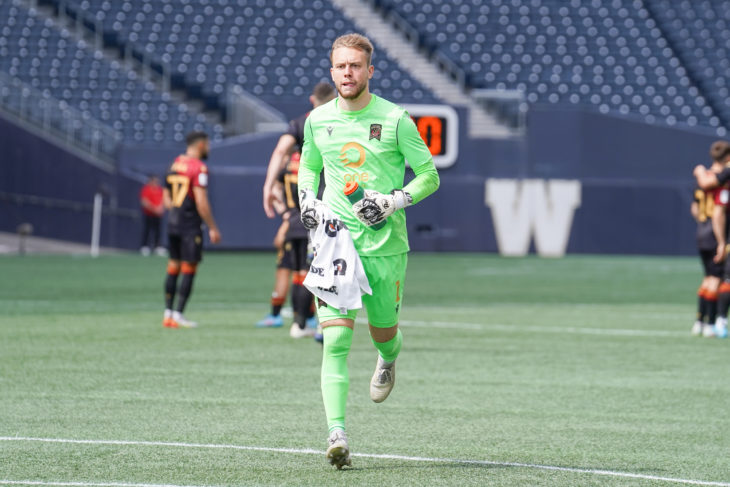 “It wasn’t to our level, it’s not what we want to do as a collective. We’re a team where we want to control a bit more of the ball, control more of the tempo of the game. Today was a lot of transitions, a lot of up and down, and if we don’t stay with our identity and how we like to play it doesn’t give us the best chances to win.

“We’re kind of lucky, if I can say it like that, to get out of there with just a point. But it’s still a well-fought one point that we’ll take and we’ve just got to focus on the next game.”

Valour’s next game will be this Wednesday’s first round of the Canadian Championship at B.C. Place against the Vancouver Whitecaps before the club returns home again next Sunday, with a 4 p.m. start vs. York United FC.

“… We got out of what our identity needs to be and when it’s like that you have to take the point and recognize that in many pockets of the game Halifax was the better team today,” said Dos Santos.

“This is good for us, because we come out of a 6-1 victory and you have to realize that if you’re not where you need to be every week, this is going to be hard. It’s good for us to come a little bit down to earth and say, ‘OK, what’s next?’ and what’s next is a heckuva challenge. There’s positives for sure, but today if there was a team that deserved a little bit more it was Halifax.”

-Valour was without D Andrew Jean-Baptiste, who should resume training soon. Also on the mend is D Johnny Esparza.

-Centre back Tony Mikhael served the second of his three game-suspension after being red-carded in the loss to Pacific.