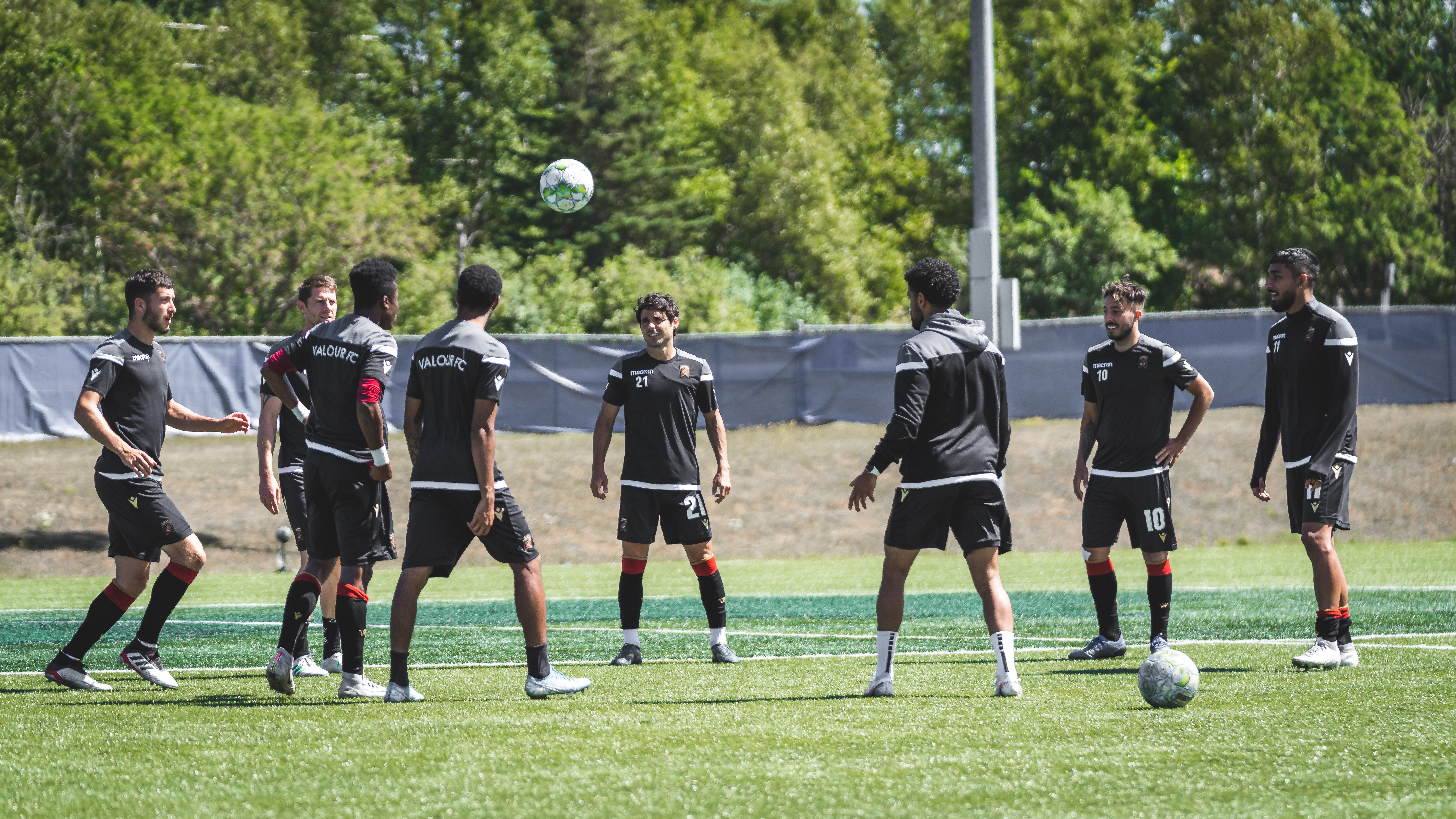 It was a well-earned respite from the grind that is the Canadian Premier League’s Island Games.

The players, coaches and staff from Valour FC spent Sunday gathered together in their bubble watching Alphonso Davies and Bayern Munich capture the UEFA Champions League.

It was a welcome breather – one day after a 0-0 draw with York9 FC – following what was a gruelling first week of competition in Charlottetown, PEI. Valour FC now has a win, a draw and a loss in its three matches and is very much in the conversation to be one of four teams to advance out of the First Stage round-robin at the Island Games.

That said, there’s a whole pile of miles still to be travelled.

“There is something growing right now,” said Valour defender Stefan Cebara in a phone conversation with valourfootball.club. “Our mentality here is very strong. We’re very competitive as a group and we didn’t just come here to take part in the tournament. We have our goal and that’s to go as far as possible in the tournament.

“We’re not here to just play seven games (in the opening round). We want to advance as a group and go to the very end. We’re here to stay.”

Next up for Valour is a Tuesday night match against Pacific FC and former teammate Marco Bustos, who led the club in scoring last year before leaving as a free agent for the west coast. 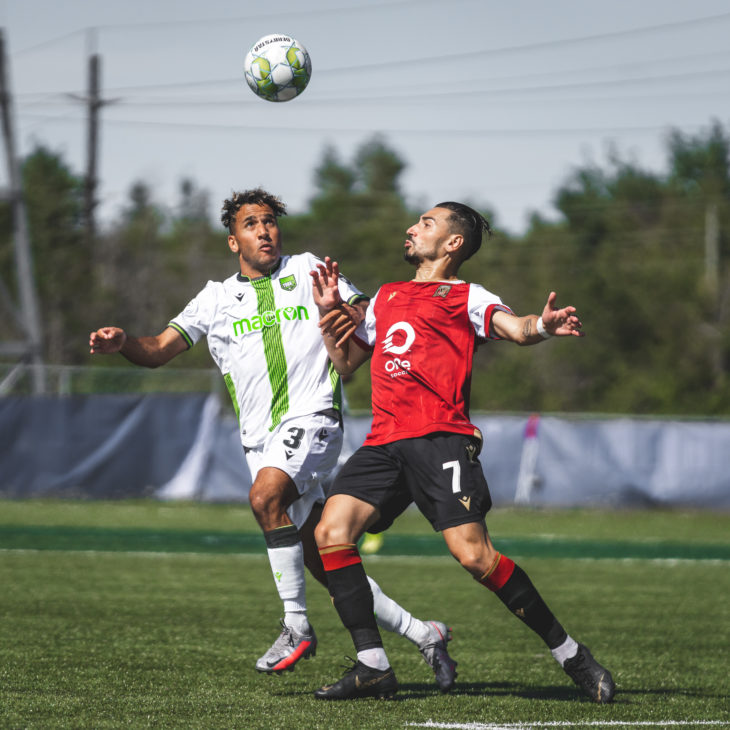 “Once we step on the field it’s time to battle,” said Valour co-captain Dylan Carreiro, one of the few holdovers from last year’s squad. “Marco was obviously a teammate from last year, but he’s not on the team this year. Once the game starts you just switch it on and make sure you are competing and battling.

“We’ll be on the same field and it will be a bit different not seeing him in Valour colours, but we know we have a task to do and that’s to get a result and keep pushing. That’s our main focus.”

The improvement in Valour’s defending has been one of the early and developing storylines through their first three matches. No team surrendered more goals a year ago than Valour, but through the three games they have given up just two – both in the opening loss to Cavalry – with one coming on a penalty.

Since then Valour has blanked both Atlético Ottawa and York9 and there were some indicators in Saturday’s tie that were encouraging.

“We talked about this yesterday,” Carreiro said. “We always say we don’t want to keep going back to last season… but, if that was last year we would have probably conceded in the 90th minute.

“On Saturday in the 92nd or 93rd minute, Dante Campbell came on the field and made a block in the last minute of the game to help James in net and keep our clean sheet. That’s just one example of the character we have on this squad. It’s everybody who is willing to put their body on the line.” 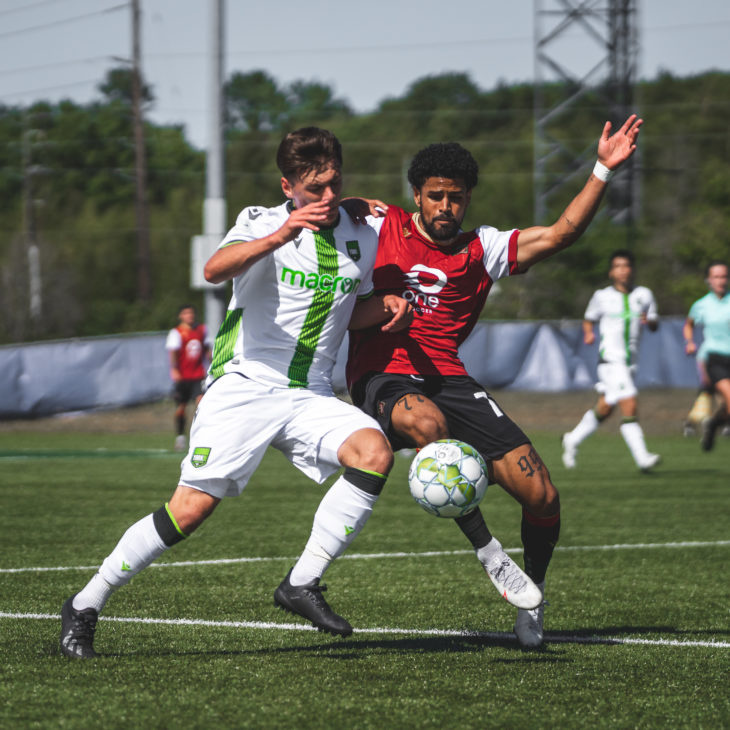 Critical now for Valour is to keep the foot stomped down on the gas pedal. They have Pacific Tuesday, followed by FC Edmonton on Saturday to round out Week 2 of the Island Games schedule.

“You see that growing confidence, 100 percent,” said Cebara. “Every individual here is a confident player. But that confidence is now growing game to game. When we came out after that York game we were pissed off because we wanted the three points, we weren’t satisfied with the draw.

“That first game (against Cavalry)… we didn’t know what to expect and obviously didn’t play our best game. But as the game went on you could say we improved and if we replayed that game in the future it would be a much different scenario.”

Seeing both Cavalry FC and Forge FC – last season’s two finalists – atop the Island Games tables through the first week will surprise no one. Valour, on the other hand, entered the tournament with low expectations – at least, from everyone outside of their locker room.

“It’s been a bit of motivation for the boys,” Carreiro said. “I don’t like to talk much about it, but the amount the negativity towards Valour coming into this season and in the offseason wasn’t the greatest. Nobody expected the things we’re starting to do as a team.

“But we can’t switch off now. We’ve got to keep our minds in it. Yeah, we’ve pulled out a couple of results, but we’ve still got four games to go to make it to the top four. And that’s just our short-term goal.”