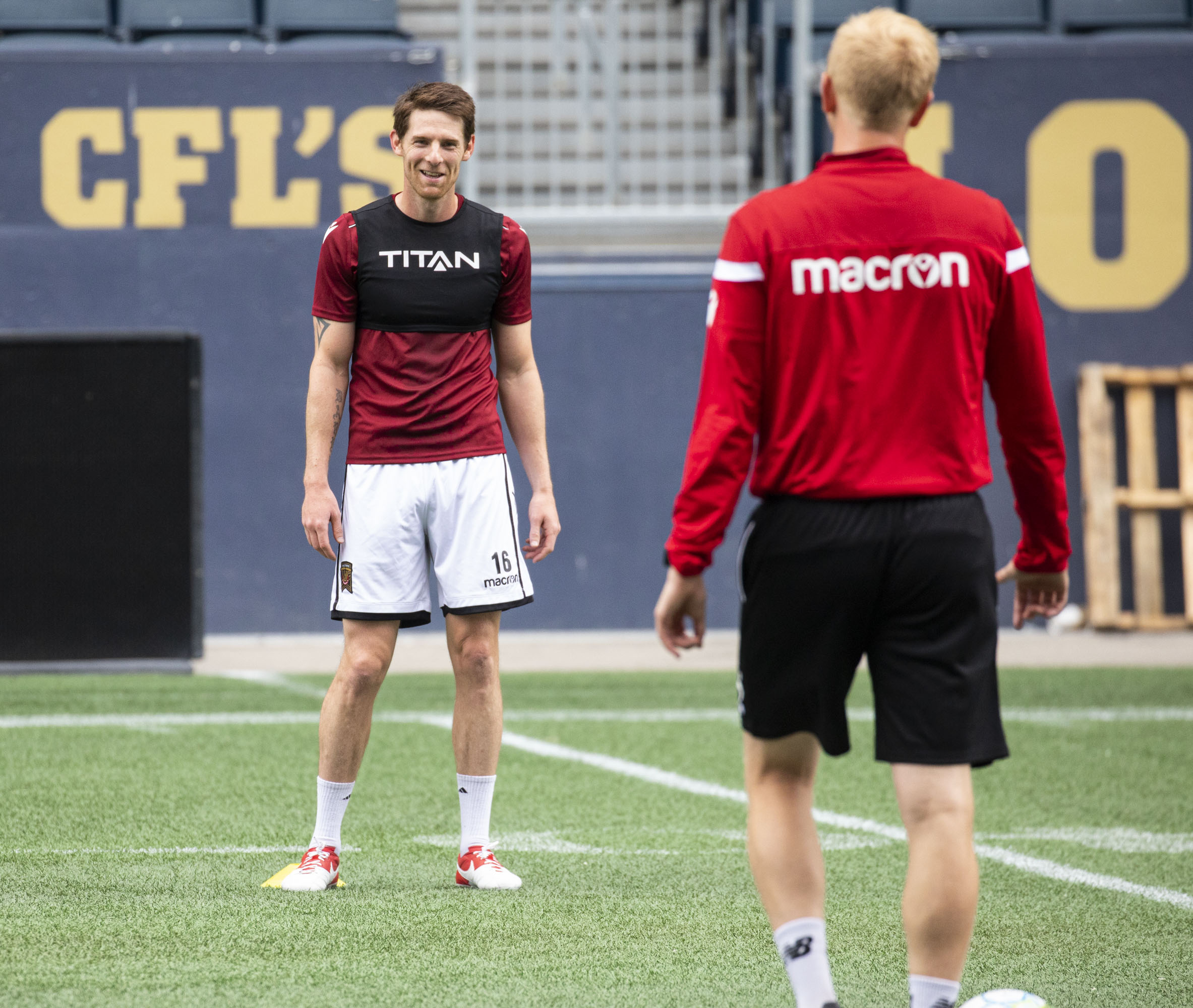 It’s been awhile for Daryl Fordyce, and it could still be awhile yet before the veteran Valour FC midfielder can pull on his boots and play in a match again.

Just for the record, Fordyce last stepped onto the pitch for a real game last October 25th as a member of the Sligo Rovers against Bohemian in the League of Ireland’s Premier Division.

“I remember it was in Dublin, it was wet and the pitch was very, very soft,” recalled Fordyce in a chat with valourfootball.club this week. “But, it was a great, great Irish game.”

Interestingly, Fordyce has been here before with the game that has been his life temporarily taken away – albeit for entirely different reasons than a global pandemic which has crippled economies and put so many sports on pause.

“I’ve been off for longer than this,” he said. “I remember in 2017 my last game (then with FC Edmonton) was at the end of October against Miami in Florida. Then my first game after that because of circumstances and family matters with my wife having a baby wasn’t until February, 2019.

“It was 15 months or so, a long time between matches.”

Fordyce has a great ability to recall conversations and to file away the pertinent facts and ideas that might be of use to him later. And it was years ago when he was at Linfield, based in Belfast, when he got some important advice from Grant McCann – currently the manager of Hull City but then a player winding down his career.

“I asked him, ‘what advice can you give me for when I turn 32, 33, 34, 35 that you might have done?’,” Fordyce said. “What he told me was don’t be taking any breaks off; continue to stay in shape and train. Make sure you’re running every day and staying fit because whenever you get a little bit older if you take that time off it takes a long, long time to get back to where you need to be. 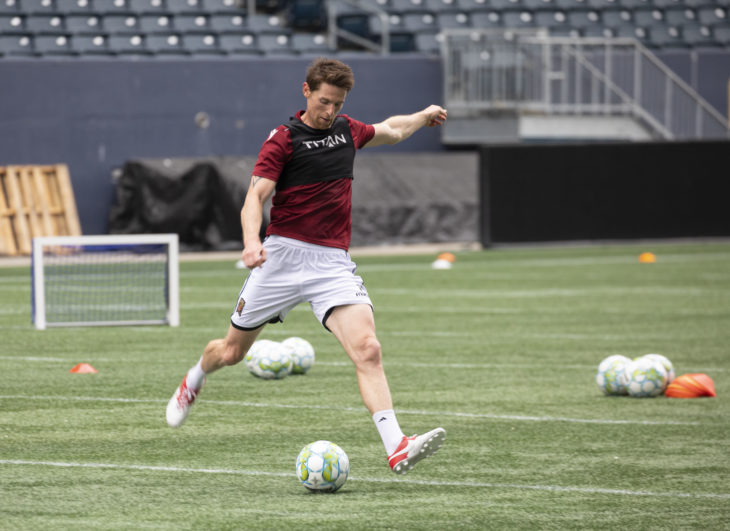 “That was great advice because in those 15 months I was outside and in the snow, in -10, doing the running every week and trying to honour some sort of training session just to stay in good shape to play a game or even train with a team, which ended up being Sligo Rovers. I was prepared for it and in the best shape I could get myself in.”

It’s an approach Fordyce, now 33, has adhered to religiously and which served him well when Valour FC returned to training on Sunday – albeit under strict protocols.

The COVID-19 disruption has brought so many questions for fans, but especially so for the coaches and players who have made the game their lives. What Fordyce saw instantly upon Valour’s return was some of the chemistry which had been bubbling when training camp first open remains, even after months of contact only through group chats and Zoom calls.

As well, there is a renewed appreciation from everyone for everything that makes the game so special, something José Galan also touched on earlier this week.

“It’s been amazing,” said Fordyce. “As players you don’t really look forward to coming back to preseason because you know you’ve got a lot of running to do. We got a week or two of preseason in already, doing the fitness tests and all that, and then it got stopped. Then to have that length of time off between that and now… you just appreciate it all that much more.

“This time around there was absolutely no complaining, no guys moaning… they’re just gleeful to be on the pitch, whether it’s running or with the ball or not. No one has that expression of ‘Oh my God… I’ve got to do another of these. I can’t wait to get this over.’ Now the guys have smiles on their faces. It’s ‘One more? No problem.’ I think that’s the attitude a lot of players have right now coming back to this.

“Every player I talk to I try to say that every training session, every drill that you do, do it the best you can, like it’s the last time you’re ever going to do it.

“It’s about appreciating the little things.” 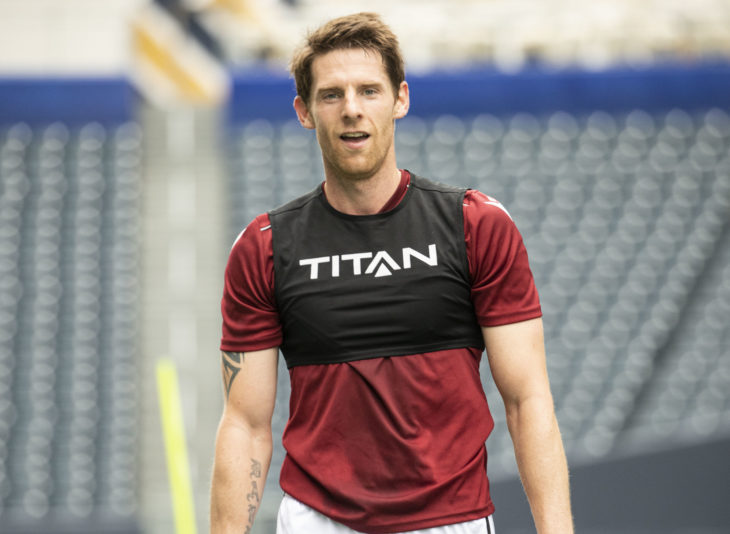 That extends beyond the pitch, too, for Fordyce and he’s hoping one of the positive after-effects of the pandemic is a greater appreciation for the work others do.

“This pandemic has affected not only sports people, but everyone,” he said. “The other day I dropped my son off as he started back at the daycare this week. I told the girl that’s looking after him that this whole thing has shown how important you guys are.

“Before this I just remember dropping my son off at daycare and that was it. It was just their job and I didn’t really look at how important the work is that they were doing. I think about others, like the cleaners… know you realize their importance in stopping this from spreading.

“I’ll look at them and the work they do differently now, just as I have a greater appreciation for the game I love.”