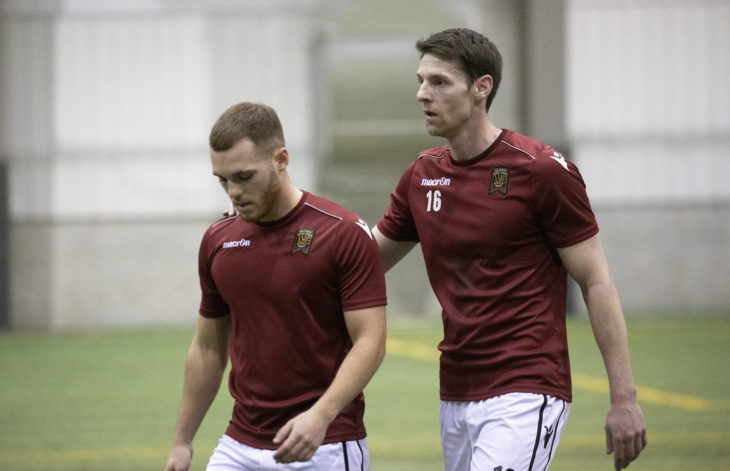 It might have been Winston Churchill or, perhaps, Franklin Roosevelt who said it first or made it famous. It’s also been attributed to the French writer Voltaire and, fairly recently, to Uncle Ben of Spider-Man fame.

We trot this out today as Valour FC wraps up the fifth day of its training camp because one of the most significant subplots to the coming season will be the squad’s complete change in leadership.

Gone are Jordan Murrell and Skylar Thomas – named as the team’s inaugural co-captains less than a year ago – as part of Valour’s massive roster makeover this offseason. That means the responsibility that comes with the mantle of leadership will fall to a new player or players.

“It’s significant,” began Valour FC GM and head coach Rob Gale when the topic of that leadership change was broached this week. “We’ve asked the players to bring us their leaders. We want them to take ownership and accountability and then within that leadership group and as we get closer to finalizing the roster natural captain or captains should emerge.” 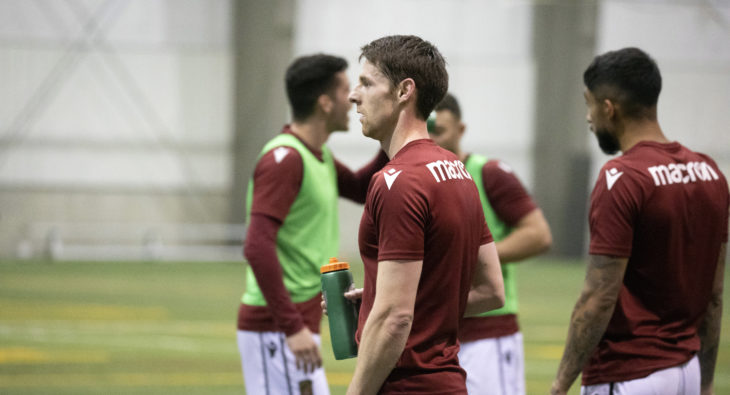 Gale said the club held its first leadership meeting on Wednesday. That leadership group is said to include players from different age levels and experiences. Part of that decision is likely a byproduct of what happened in 2019, when Valour’s struggles not surprisingly led to some occasional friction in the room.

“To be fair, last year a lot of the lads who were first-year professionals were trying to find themselves,” said Gale. “They came in with their dreams and expectations for the league and if it doesn’t quite go well for you as a young footballer, until you mature as a footballer it’s only natural to point the finger and say, ‘I wasn’t getting the support of the captains’ or ‘the older players in the room were looking down on us.’ Well, yes, but they’ve got to learn those lessons, keep their heads down and focus on themselves.’

“That was the biggest issue we saw. It can’t be constantly coach-driven. The best teams have that done in the room with the self-accountability. We can see that building already,” added Gale. “Some of the players we expect to be leaders have already come to us and said, ‘By the way, we’re going to do this’ or ‘We’re going to do this together.’ We’ve already got that feel about it and it wasn’t there last year.”

The Valour 2020 roster is dotted with former captains and would-be captains. José Galán, who arrived midway through last season, has been called captain material. Darryl Fordyce is a 33-year-old vet with 17 years of professional experience to his name. There are other vets like Fraser Aird, Brett Levis, Andrew Jean-Baptiste, Arnold Bouka Moutu. Moses Dyer wore the captain’s band for New Zealand during the FIFA U-20 World Cup and Chakib Hocine co-captained HFX Wanderers last year.

That’s important, but potentially not key here for Valour as it enters 2020. What is critical is Gale & Co. have built a more mature squad that won’t look to one or two men to lead, but instead handle it collectively. 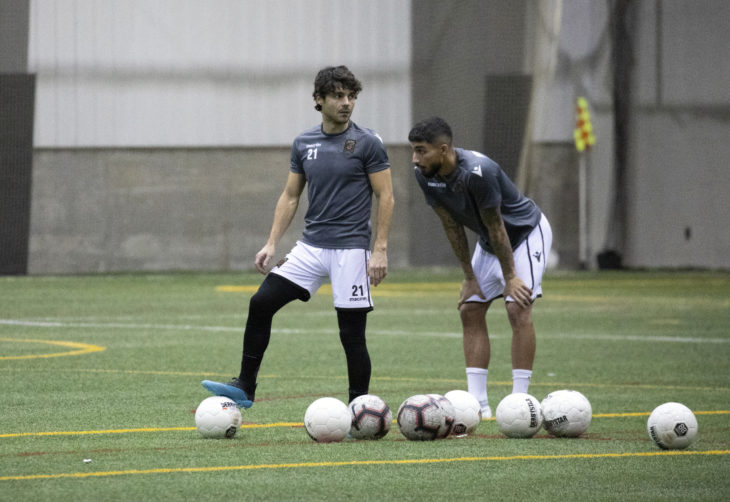 “Apart from who’s captain or who is in the leadership group, the first thing I noticed about this group is everyone shares the leadership qualities,” said Jean-Baptiste. “I’ve seen it in everybody as far as being vocal, leading by example, pushing each other and not letting anybody settle for less or cut corners. That’s already one of my favourite things about this group.

“I’ve been pushing positive reinforcement because we need everybody technically, tactically and mentally. Sometimes in this game the mental aspect gets neglected a lot. That’s something I really want to push with this team: no matter who you are, when you step on the field wear this badge with honour and perform at your best ability. And if you make a mistake, just know that no one on this team is going to let you keep your head down because we still need you.”

Of course, age and experience don’t automatically equal leadership. It can depend on many factors including personality, popularity and respect.

And a guy doesn’t have to wear the arm band to have earned that respect.

“I’ve seen it over the years,” began Fordyce. “I’ve played in cup finals, been on teams that won leagues and there’s always those guys that stand up and give these speeches and try to be the macho men. But when the cup final comes and you look around the change room and you see those same guys and they’re nervous or frozen. It’s the moments when you’re down 2-nil at halftime and you haven’t touched the ball for the whole half but you come out in the second half and not give up. That’s when you find out about your character.

“I guarantee there won’t be just one leader in our change room. There will be a whole team of leaders. We’ve just got to look after each other. Those leaders in the change room also need an arm around their shoulders occasionally or a swift kick up the backside to get them going also. Everyone has got to come together, the young guys, the older guys, the kit guys, the coaches so that when there’s 11 guys on the field the whole club is behind them.”