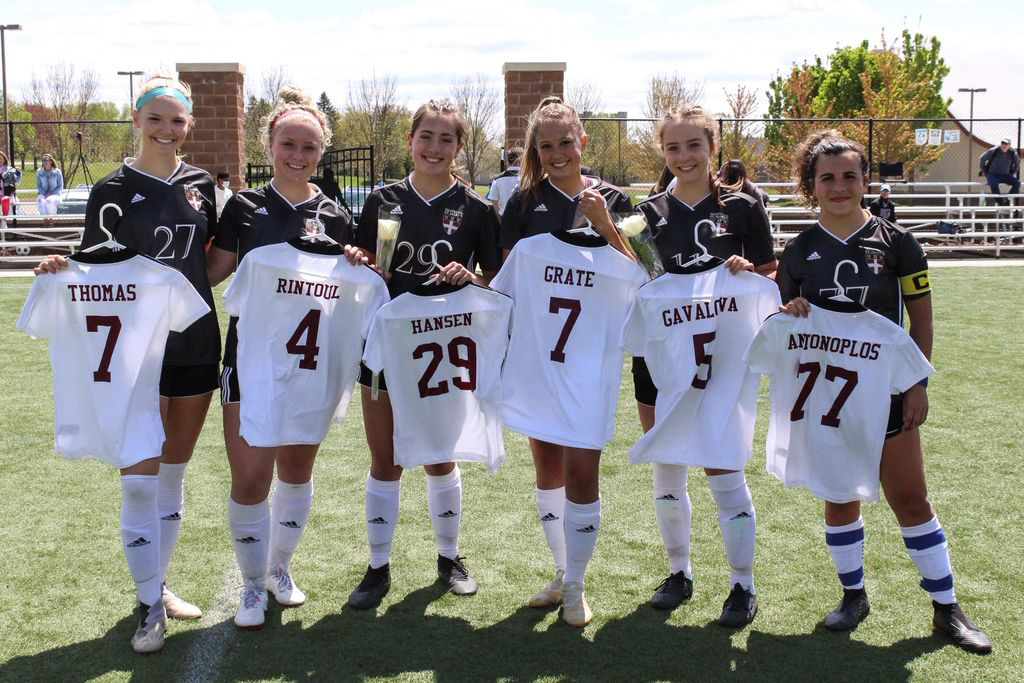 It was early evening Moscow time and while hunkered down in her hotel room Liza Gavalova was taking a few moments to speak with someone thousands of kilometres away in Winnipeg.

These types of instances – those when she can take a deep breath and really look back at her recent road travelled – have been rare over the last few months for the 18-year old who was born in Voronezh, Russia, grew up in Winnipeg and is now forcing her way into the international soccer scene with the Russian U-19 women’s team.

“I can honestly say that since last October this has been like a whirlwind adventure,” began Gavalova in a recent chat with valourfootball.club. “I talk to my family and friends in Winnipeg regularly and everything has been shut down there. But so much has happened to me. I’m grateful for these opportunities.

Last October Gavalova, a product of the Valour FC Elite Girls program, opted to leave Glenlawn Collegiate and head south to the Shattuck-St. Mary’s Girls Soccer Center of Excellence program in Faribault, MN. That alone – leaving her family for boarding school in her senior year – would represent a massive change for most.

Still, it was while playing at Shattuck-St. Mary’s that her soccer career took a few more huge steps forward. Her father began to explore Liza’s international opportunities because of her dual citizenship. And because the family had moved from Russia to Sanford, just outside of Winnipeg, when she was four, they made inquiries with the Russian U-19 coach.

It began with e-mail correspondence, then included highlight videos and follow-up texts and calls.

“I definitely have to thank my dad for that because he did a lot of work and research,” Gavalova said. “We reached out to the coach and sent him a really long text with a highlight tape and my resume and basically said, ‘Hey, I’m a Russian citizen who lives here in Canada/North America. I’ve played at a very high level and I think I’d like to help out and try to be a good addition.’ Right away the coach came through and then we went through the technical part of certifying that I’m a citizen.” 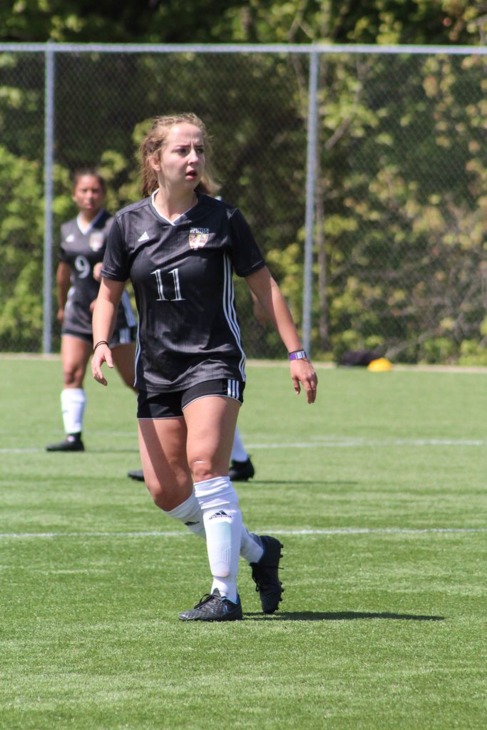 Gavalova attended a Russian U-19 training camp in Turkey in April and opened enough eyes to be invited back to next stage, which is unfolding now in Krymsk, Russia.

If all goes well at this camp, she could very well be wearing Russian colours for the qualifying round of the 2022 UEFA Women’s Under-19 Championship this September in the Czech Republic.

All of this, it’s worth pointing out, comes at the same time she has just graduated from Shattuck-St. Mary’s and earned a scholarship to play for Trinity Christian College in Chicago this fall.

And if that sounds like a lot to juggle, well, it is. But Gavalova has strong shoulders to handle the load.

“I look back at the last few months and it’s not just the camps, but everything from going to a boarding school… there were just a lot of changes in general for me,” she said. “I truly under-estimated how much change I’ve gone through. I think I’m a pretty mentally tough person and there’s been a lot with moving being away from my family, going from public school to private school is even a big change – especially in your senior year when you’ve established your personality and have your friends around you.

“Being able to juggle everything was a big load. There were a lot of other things going on where I was flying away and being away from school for different weeks and had to catch up. It’s been a crazy, heckuva lot of stuff. It matures you because you have to be able to handle it because it can be overwhelming.

“But sometimes you have to sacrifice things for opportunity. Shattuck is expensive. I got a really good scholarship, but my parents couldn’t afford that much for me to go to school with five kids. I understood that. If I hadn’t taken this opportunity I wouldn’t be here right now. It’s definitely been worth it. You have to be open-minded to change and this was just right for me.”

Asked about her memories of her first experiences on the pitch, she chuckled and added:

“It’s funny, but I remember being loud, quite vocal, out there on the pitch. I was playing sweeper and remember being the last person to clear all the balls. That was my role.

“I still have a picture hung up of my first team in community soccer. It was something my parents signed me up for just to keep me active. I remember enjoying it so much.”

That part hasn’t changed. In fact, her passion for the game has only further grown exponentially. Now she’s in Russia ready to take charge and write her own next international chapter.

“At the first (Russian U-19 camp) I couldn’t tell what they thought of me,” Gavalova said. “I talked to the coach at the end of that camp and he said they were still trying to get to know me and what kind of player I am. So, that first camp was almost introductory; this camp now that they know me a little better and I know them will be the one to really showcase myself.

“There’s also the fact that the difference in stress between now and then is a lot. I’m done with school now, I wasn’t committed (to a university program) at the time and just had a lot going on around me. Now I’m graduated, I’m committed to college and I know I’m going home in a couple weeks. I’ve been a little homesick, but knowing I’m going to be home in two weeks is just a big relief.

“I think I’ll feel, almost more free at this camp,” she added. “I’ll have a clear mind and be able to just focus on this camp and not overthink things. I think that will play a huge role, not having those stresses.

“There’s more at stake now. There weren’t any excuses before, but I know the team now, I know the coaches, I’ve had a couple extra days to get used to the time change. This is the time to shine.”