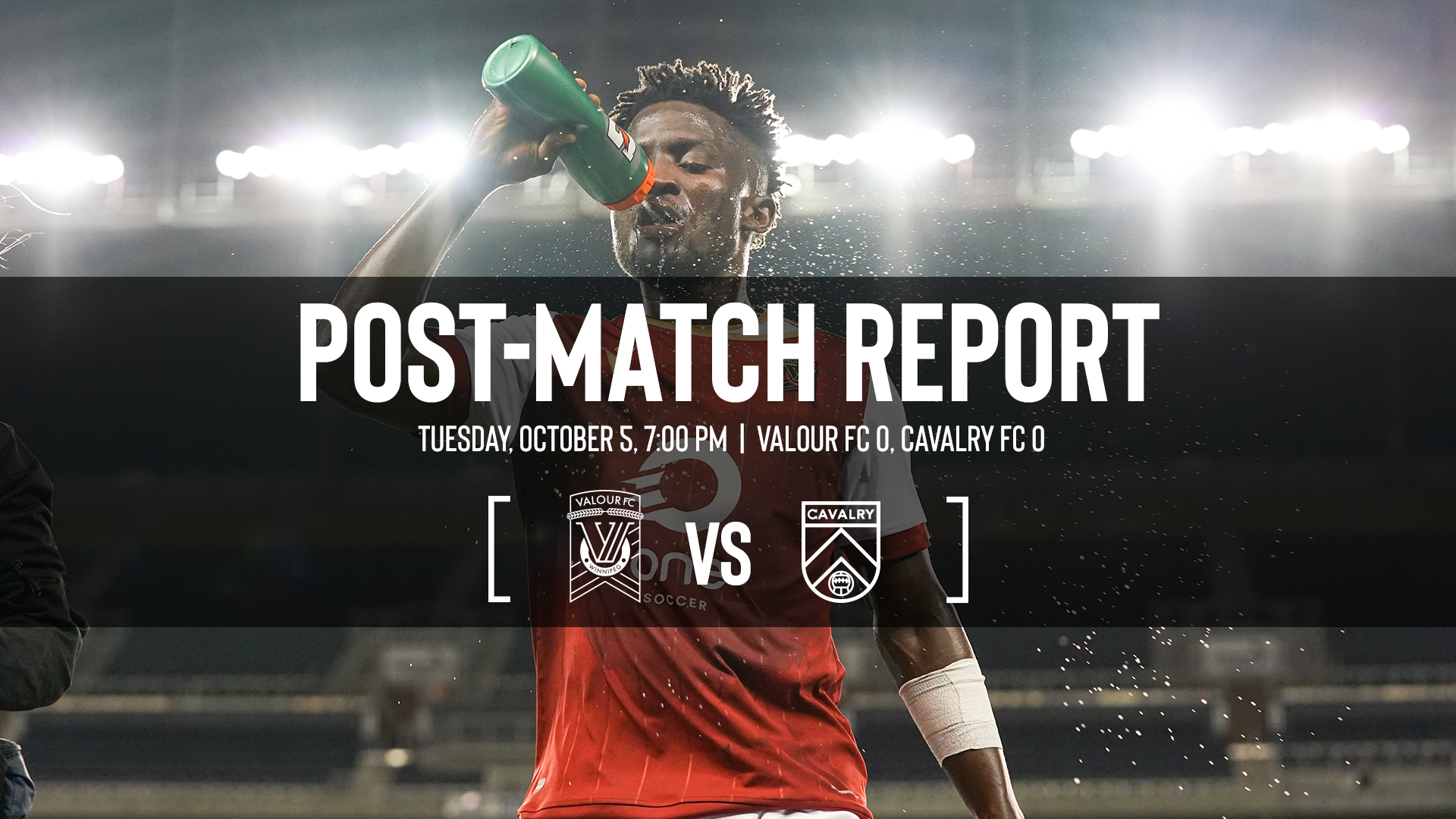 It’s become a scenario of little picture vs big picture for Valour FC with the runway shrinking and the chase for a Canadian Premier League playoff spot.

Little picture the club was full value in a highly-entertaining 0-0 draw with Cavalry FC Tuesday night at IG Field that gives the club points in back-to-back matches for the first time since July 11 and 15th and a pair of 1-nil wins over Forge FC and Atlético Ottawa.

There’s also the right here/right now reality for the club: the draw gives them 25 points – five back of fourth-place York United FC and four behind fifth place HFX Wanderers, both of which have a game in hand.

And there are now just six matches remaining for Valour in the regular season to make up that ground.

Still, given Tuesday’s match was the fourth in 10 days and against the recent struggles of the club, the effort against Cavalry was more than just a little encouraging. 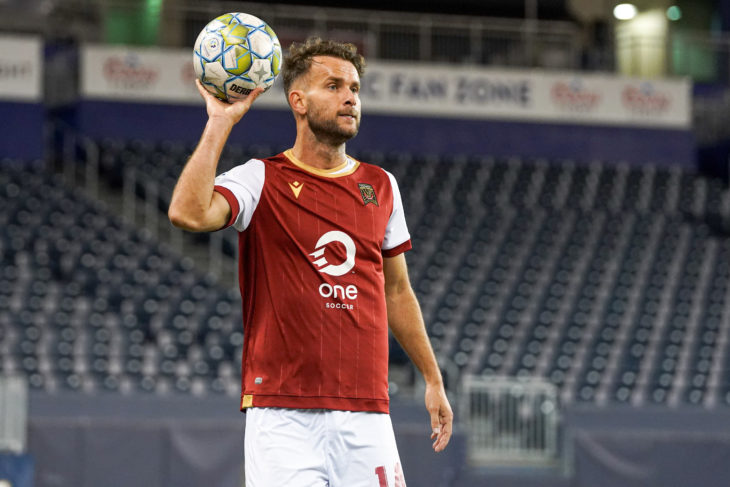 “It’s important to say that when I came in, for me it was always to gauge which are the top teams and how close can we get to them,” said new GM and head coach Phillip Dos Santos in his post-match Zoom call. “Today I felt we were up there with them.

“It was a good game for the fans tonight. It was an eventful 0-0. Credit to the guys. I have to say that and I have to reinforce that again because it’s not easy to do what they did.

“… Disappointed for not leaving with the three points, but I told the guys I’m very happy because I feel that we’re getting a group.”

Valour is now 7-4-11 this season and has a pair of draws against two losses since Dos Santos arrived. They’ll get a chance now to recover a bit before the final match of their homestand Monday against Forge FC.

“Any points we can pick up to move ourselves closer to the playoff spot is a huge bonus,” said Valour centre back Rocco Romeo. “We’re a bit discouraged that in the final phase it’s about getting that final shot off or getting the ball into the back of the net. 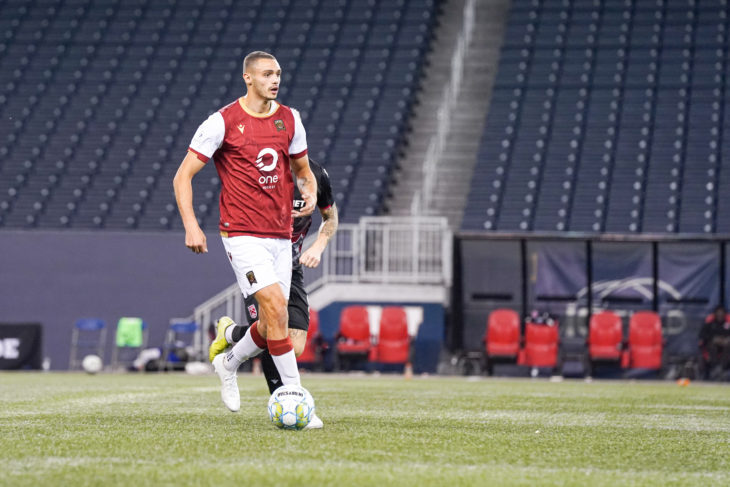 “But the vibe and the energy after the game is all positive. Phillip coming into the team is very good, with a new blueprint and a new philosophy and system, it’s very good. You can see it from the outside watching the games it’s a new style of football.”

The clean sheet was the ninth of the season for Valour and the league-leading eight for goalkeeper Jonathan Sirois. Valour had 14 shots and just three on net, but had multiple scoring opportunities, particularly at the end of free kicks by Rafael Galhardo.

Cavalry, meanwhile, had 21 total shots and seven on target.

Noticeable in Valour’s collective defending was the effort to clear chances away rather than try to get clever and dribble out of trouble.

“We want to be more pragmatic,” said Dos Santos. “We want to limit mistakes and we’re telling the guys that there’s areas of the field where there’s no fooling around.

“Everyone wants to be a fancy team and be in control all the time, but the reality is the game is like – and I say this to the staff – it’s like entering a jungle. You never know what’s going to come out. You can go with all these plans and suddenly a lion comes or the tiger, the snake and you have to deal with it. The game is like that. You go with ideas, you go with your preparations but afterwards it’s very dynamic and it happens quick and guys need to respond.

“There are moments in the game where you don’t need to be fancy, you just need to survive and today you saw that.”