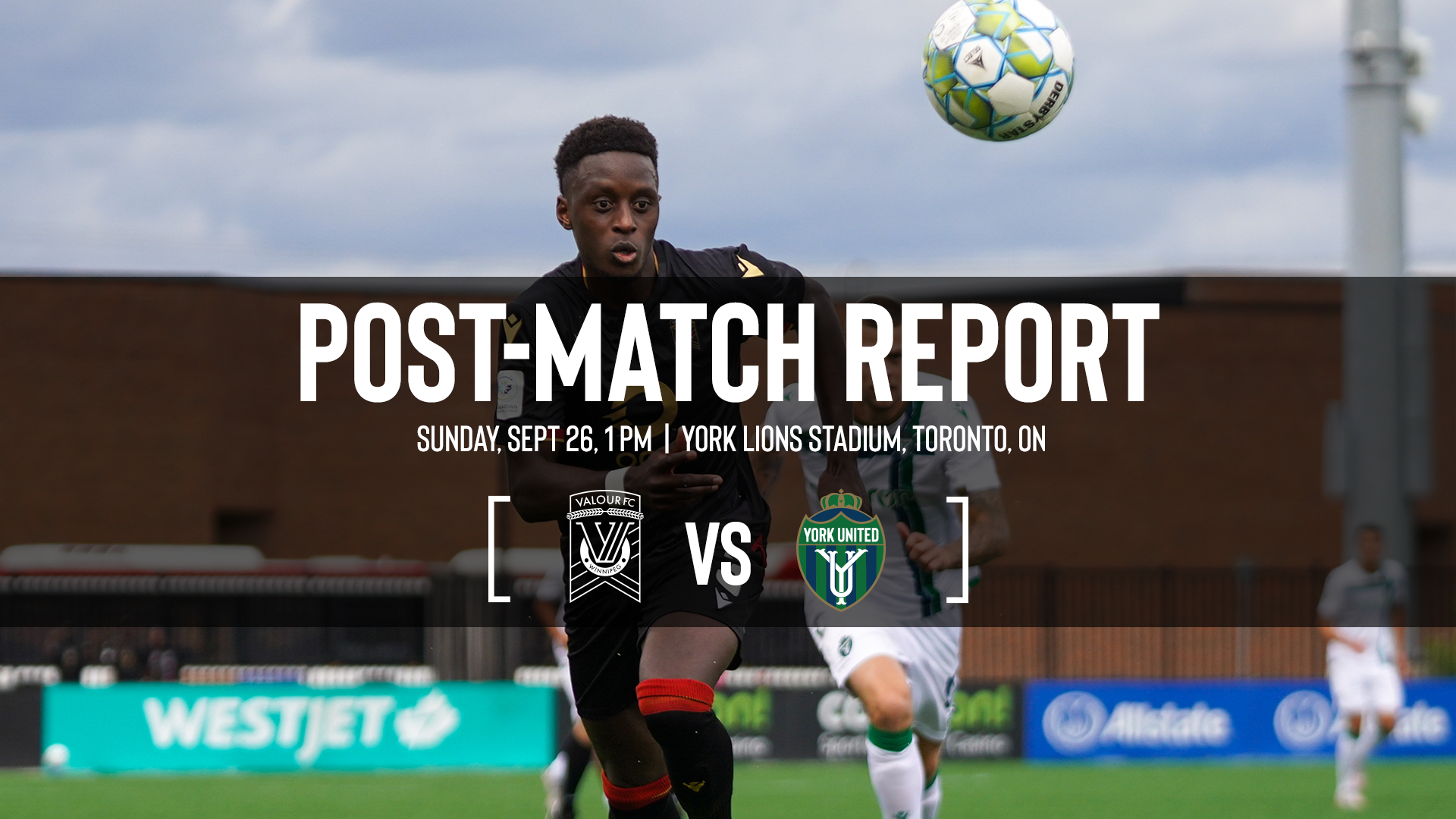 “I told them to go out there and just play their game. My first assessment from the bench is there’s quality.” | Valour FC 1, York United FC 2
September 26, 2021

There were some glimpses of promise and the occasional flash of brilliance, but a managerial change this week did not lead to instant results for Valour FC.

Playing their first match four days after naming Phillip Dos Santos as the club’s new GM and head coach and following the dismissal of Rob Gale, Valour could not find any magic in their new gaffer’s debut and fell 2-1 to York United FC Sunday afternoon at York Lions Stadium.

And, as a result, Valour’s tumble down the Canadian Premier League standings continues as they are now in sixth place with seven wins, two draws and now 10 defeats in 19 matches.

The squad not only missed an opportunity to pull into a tie with York for the fourth and final playoff spot at 26 points, but over the weekend saw the HFX Wanderers leap-frog over them into fifth spot with 25 points on a 6-7-6 mark.

“I told them to go out there and just play their game. My first assessment from the bench is there’s quality. I felt this game was very stretched, very chaotic… none of the team had the chance to defend set, everything was always in emergency with the ball going from one end to the other.”

Valour opened the scoring in the 27th on some nifty work by Brett Levis, who attacked York’s defence with a ball into the box at the feet of William Akio and then deftly placed the return pass past the out-stretched hand of Nathan Ingram.

But York, which managed 10 shots from within the box in the first half and had two opportunities glass off the top bar, continued to press in the second half and capitalized on breakdowns in the Valour’s defence.

Lowell Wright evened the score in the 55th minute on a brilliant cross from Diyaeddine Abzi and then six minutes later took advantage of a turnover by Stefan Cebara in the box to bury the winner and his second goal of the match.

Make that TWO for Lowell Wright, as @YorkUtdFC take advantage of a bad turnover of possession by @ValourFootball in their own box #CanPL 🇨🇦 | 📺 TELUS ch. 980 | 🔴 https://t.co/hishXeHsKB pic.twitter.com/3zu9qkbbhg

Valour came to life late in the match after a series of substitutions with Moses Dyer pressing for the equalizer with three chances from the 90th minute into extra time, but could not find some glory to earn a valuable point.

“For us it’s this – throughout the game there were shifts of momentum… this game could have been a 4-4 game, a 4-3 game,” said Dos Santos To win games you need to be able to defend well as a unit; you need to be able to close games when you have a lead. We were up 1-0, but it wasn’t an easy first half for us, it was far from being perfect. Already we saw York have a few opportunities at goal and we knew it was a second half that would be difficult. I told the guys, ‘Look, when you get a lead like that you need to be able to close the game.’ For me, it was that: how are we going to deal with that going into the second half and our ability to close a game.

“I don’t think we helped ourselves in the way the goals game, but I thought we did enough in the second half and especially in the later stages to at least get out of here with a point. It didn’t happen. Now we need to move on.”

Valour had two training sessions under Dos Santos before travelling to Toronto on Saturday. They return home to face Pacific Wednesday night, giving the new boss more opportunity to assess the talent at his disposal.

“It’s hard to evaluate the team and the personnel when you’re far,” said Dos Santos. “The important thing was to get my feet wet and get to know the group inside the competition.

“You look at a game like that and I felt it was a little bit disjointed at times, a lot of shifts of momentum. We’re trying to focus on the global but also look at the individuals and if there’s a positive I take out of that is the competitiveness the guys showed and their desire to do well and the fact that I was able to assess the individuals and see what they are about and what they can do in situations that are difficult.

“That’s where I need to keep my mind and say, ‘OK, this is the platform we have and where do we go from here to grow.’ That’s how I’m going to go about it.”

Valour now has nine matches remaining to get back in the playoff hunt – the next four all at home in a critical stretch before ending the regular season with four of their final five on the road.

The next few days will also give the players a chance to take a breath after the whirlwind of the last few days. 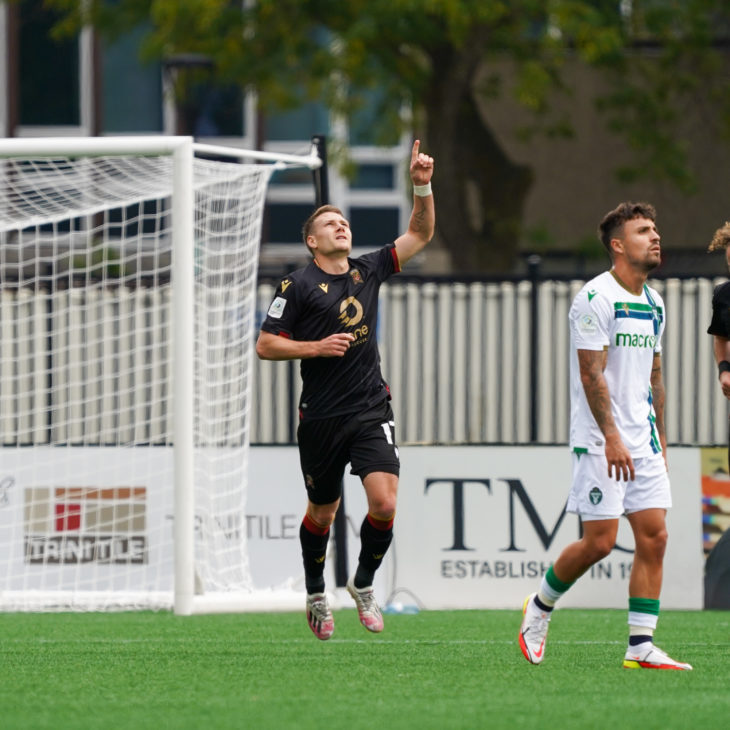 “It’s been tough, but the positive out of it is the games come so fast and so quick that you don’t really have time to process it all,” said Levis. “It’s unfortunate to lose Rob, but Phil’s come in and we have the same goal that we had at the beginning of the year and that’s to make the playoffs, to get into the top four, and make a push for the championship. That hasn’t changed at all.

“We’re going to need everybody and we’re all on the same page.”

-Centre back Rocco Romeo served the third game of his suspension Sunday and should be available for Valour’s next match against Pacific FC at home Wednesday, September 29th.