MENU
February 7, 2020
“I’m really excited for this.” | Soto excited for new road ahead
by
Ed Tait 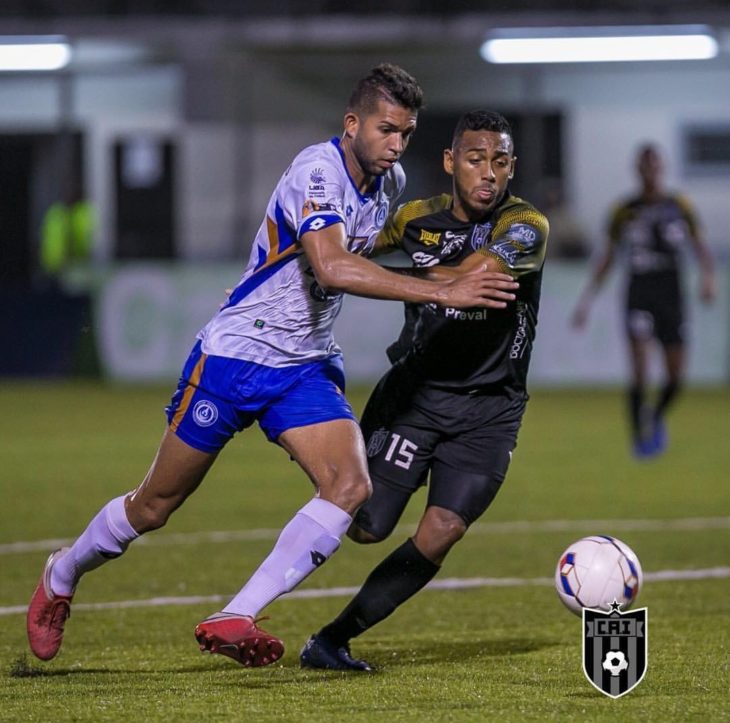 Amir Soto will make no grand promises or bold predictions to the crew at Valour FC.

The Panamanian centre back is vowing this, however: he will put his heart and soul into the Canadian Premier League club as part of chasing his professional soccer dream.

“You can expect a guy who trains very hard and wants to help the team get all its objectives this season,” said Soto in a phone interview with valourfootball.club from his home in Panama City. “I wake up thinking about football and that motivation is what allows me to do well on the field.

“My family sees me as the promise for them. My family has helped me every day to support me. They are very happy and excited to come to Canada one day to see me at IG Field, the Valour stadium.”

Soto apologized at the outset of the interview for his work-in-progress English. Yet his answers, even in his second language, still offered a hint at the passion he has for the game and for the exciting next chapter ahead with Valour FC and the CPL.

Another Panamanian player, former Pacific FC midfielder Alex Gonzålez Moreno (who is now back in Panama with San Miguelito) gave the CPL and, indirectly, Valour FC, the thumbs up in a recent chat with Soto.

“He was my teammate two-three years ago here in Panama and he tells me the league is at a very, very high level and very, very professional,” said Soto, who first signed with Atlético Nacional in Panama when he was 15. “He said he would help me to know the league. I was talking to him a few days ago and he said Valour is a nice team and a professional team. He said it’s a great opportunity.

“When I learned that Valour was interested in me I looked at the team and the club. I saw it was a beautiful city and the stadium… it’s really, really exciting for me. I saw Valour is doing the best they can to have a nice season this year.”

That’s one of the characteristics about Soto Valour FC’s Rob Gale and Damian Rocke quickly discovered about their new player in conversation. He asked just as many questions about them as they had about his experiences. Further evidence to that hunger to learn and pursue soccer professionally was a decision he made four years ago, when he was 18.

“My family said, ‘We want you to leave Panama because the soccer is better elsewhere,’” he recalled. “My aunt told me to come to Florida to learn English because she said I needed to learn English to be a professional player.

“I went to one class, it was free, but it was just one class a week. That’s really difficult because one day a week doesn’t work. I saw a class at a college that was every day for three months that went from 12 p.m. to 6 p.m. My family helped me to pay for the class. I’m trying to learn a little bit more. I try to understand everything.”

Soto continued to learn English while also getting a look from Ringkøbing (Danish the second division) and then headed back to Florida. Returning to Panama again, he had the opportunity to train with the national team before a friendly against Venezuela in 2018. He spent last season with CD Universataio (Liga Panameña de Fútbol), appearing in 10 matches.

Soto came on Valour’s radar through the CPL’s new partnership with 21st Club, the world class data and analytics group that is helping the league recruit international players under the age of 23 through the creation of a data base.

“What we really liked about Amir – after we opened up discussions after doing some more video research, scouting and full-game research on him – was his desire to be part of things here,” said Gale. “He liked the values we put forward as a club, the culture we’re trying to build here. We spoke in depth about his ambition and his desire to learn. We had a good feel on both sides to bring him in.

“You can tell just talking to the lad that he’s very self-aware on and off the field and keen to impress. That’s the bigger thing. He had done his homework on the city and the stadium. He’s that kind of guy who, if he is coming, was going to make sure he can contribute and he’ll fully immerse himself.”

Valour FC also spoke with representatives of the Panamanian national squad, who indicated Soto could get a look in the future as their national team lineup could use an injection of youth in the future at centre back.

“The dream of every player is to play with the national team. I was in training with the Panama national team for two weeks. Maybe I will get another chance in the future,” said Soto. “Please God for that. I work every day for that. My dream is to play for them.

“Every day I work for that and now I also do my work for Valour. I’m really excited for this. I see that the Canadian league is at a good level. It’s very professional.”