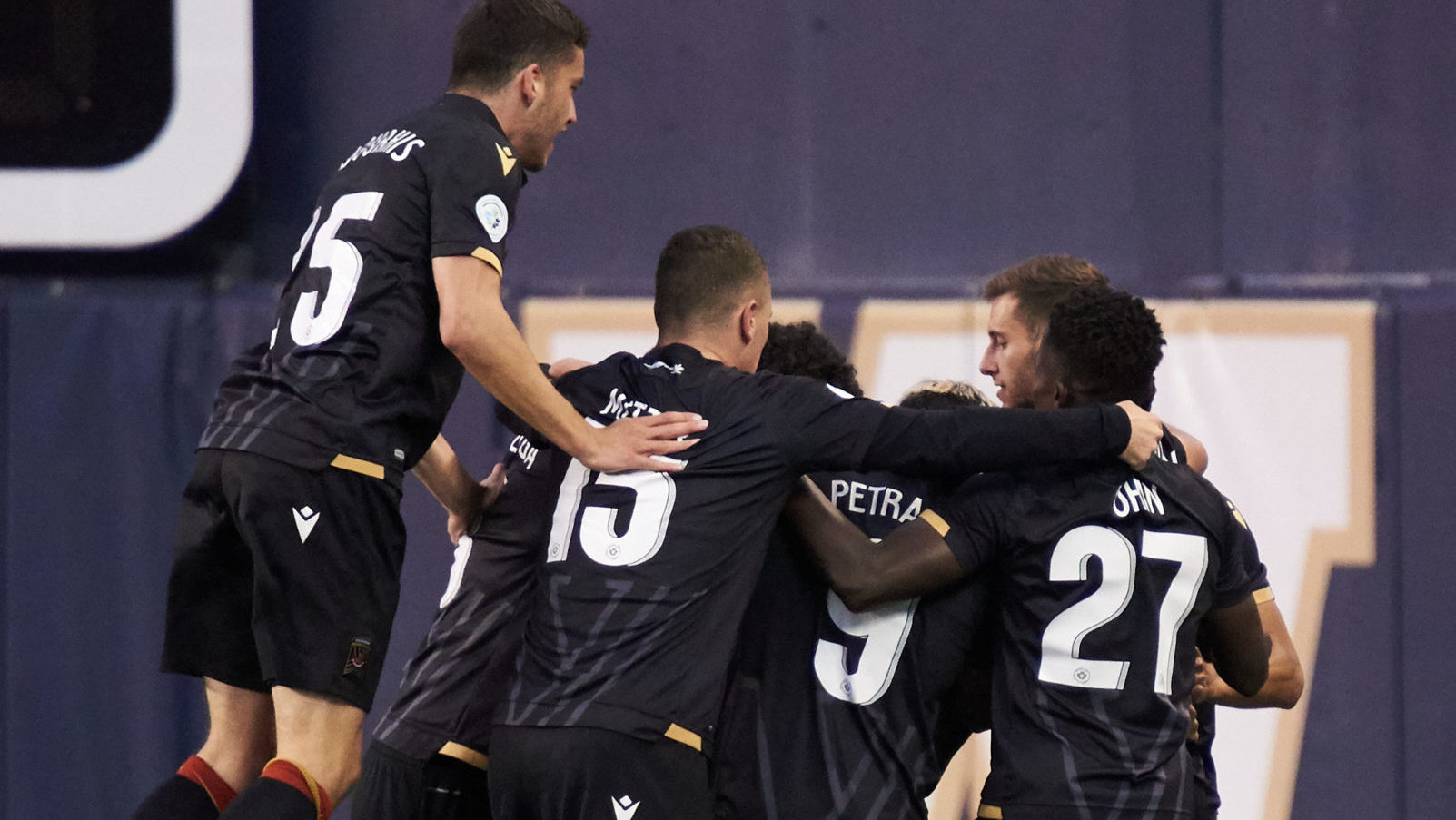 There were moments of pure joy and there were instances of absolute agony in Valour FC’s first year of existence.

And well before Winnipeg’s professional soccer entry had completed its inaugural season in the Canadian Premier League with Saturday’s loss in Victoria to Pacific FC, GM and head coach Rob Gale had started reviewing 2019 while at the same time looking ahead to 2020.

Valour FC finished both the Spring and Fall Competition seasons with an 8-4-16 mark – eight wins, four draws, 16 losses – ranking last in the first part of the schedule and fifth in the fall.

They scored 30 goals in 28 games, ranking 5th overall, but had a goals for/goals against differential of -22 – worst in the league.

Gale said Valour FC has already begun its internal review with players and staff, including club President & CEO Wade Miller, who spoke to the team on Monday. Gale met the media on Monday in a year-in-review post mortem, and some players spoke to the press as well. Here are the main takeaways, in no particular order, from that availability…

Gale touched again on the rash of injuries that befell Valour this year, greatly affecting their ability to field a consistent squad. But when asked to assess his own performance, he offered this:

“I’ll take responsibility… I picked a group of players I thought had the talent to win and compete at this level and we fell short of that. That responsibility falls squarely at my door. I’ll say this: you won’t find a staff or a head coach who does more in their community, you won’t find someone who is more invested in the project than what we have here.

“We learned lessons along the way. Ultimately, the record will show we didn’t finish in the finals – only two teams did. But what the table doesn’t show and the tales behind the stories with the injuries we’ve had to face, some of the adversity behind the scenes, they key moments in the season that didn’t go our way… we probably could have, and maybe deserved to be a little bit closer. 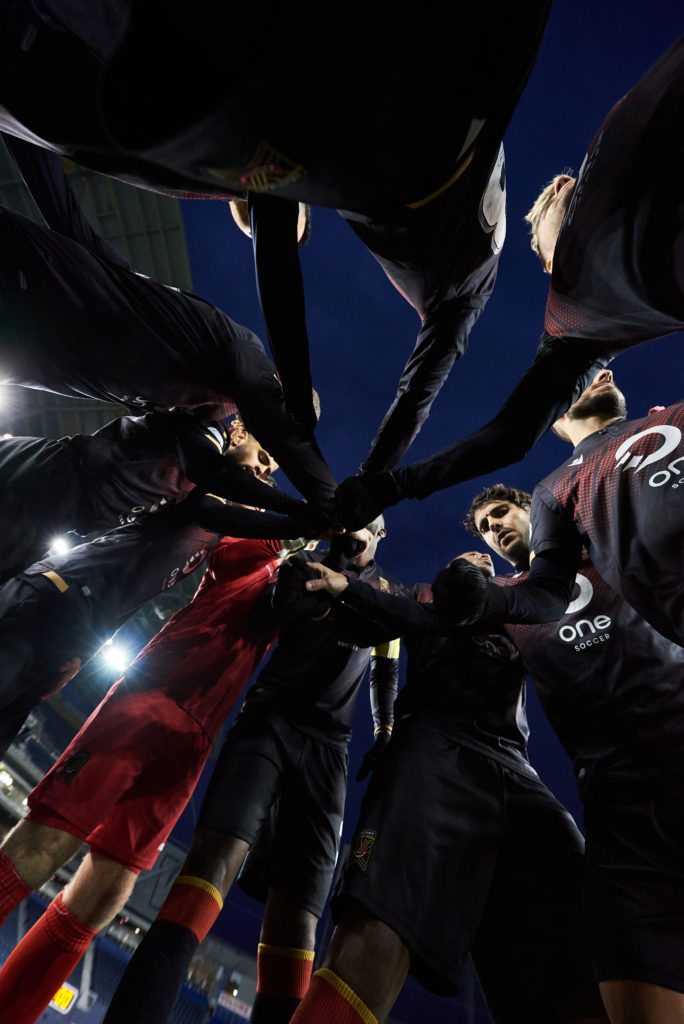 BREAKING UP IS HARD TO DO

Valour players have been together almost every day, for the most part, dating back to February and the start of training camp. But the crew that gathered in their locker room Monday knows not everyone will return in 2020, and that’s a harsh and sometimes sudden reality when a season comes to an end.

“It’s a big upsetting, especially with the long offseason we have now,” said Dylan Carreiro. “It’s hitting everybody know… what’s the plan for the next five months. It’s great to be around these guys and playing professional football together for the eight months we had together.

“We enjoyed our season, we built some friendships and for the ones going away, I wish them all the best. And for those staying, we need to train and improve on what went on this year.”

Valour FC helped shine a light on some of the talent developed here in this province and in this country. Interestingly, 18 of the team’s 30 goals came from local products, led by Marco Bustos with seven and followed by Tyler Attardo (6), Carreiro and Ali Musse (2) and Dylan Sacramento (1). Of the other 12 goals, eight came from Canadians – Michael Petrasso (6) with Louis Béland-Goyette and Calum Ferguson each scoring one each. (The others came from Englishman Stephen Hoyle, who had one, and Italian Michele Paolucci, who had three).

It is players like Bustos and Attardo for whom this league is tailor-made, in many ways, as they had the chance to flash their skill on a consistent basis. That’s especially so for Attardo, who became the youngest goal-scorer in CPL history in June when he scored before his 18th birthday.

“It’s gone by fast, for sure,” said Attardo. “I can remember the preseason and being in the Dominican (Republic) like it was yesterday. I remember our first game against Pacific and then our last one this past weekend… it’s crazy to think about how fast it’s gone by. 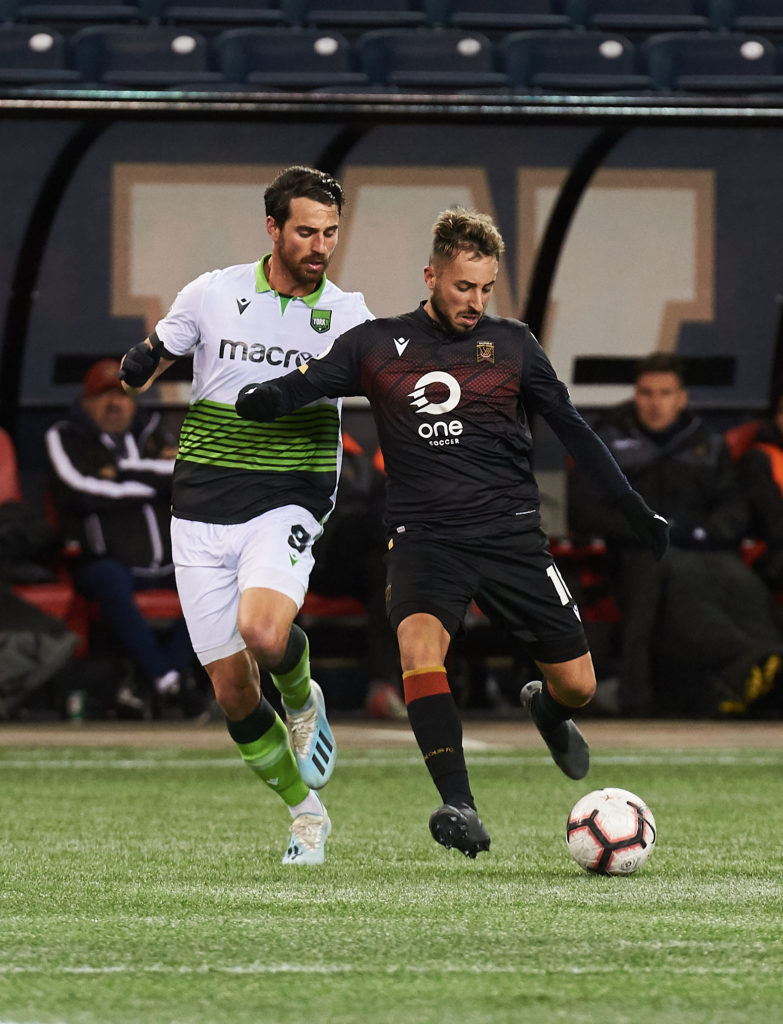 WHO STAYS, WHO GOES?

There’s no question Valour FC was hurt dramatically by a rash of hurts, particularly season-ending injuries to Martin Aguinarena (missed 10), Josip Golubar (played in only three) while others like Louis Béland-Goyette, Michael Petrasso, Ali Musse, Skylar Thomas and Jordan Murrell all missed matches due to injuries or suspensions.

The majority of players signed one-year contracts, but even those with longer-term deals might not be back.

“Every club will have the same thing because the majority of contracts across the league are single-year contracts with options; some of those are mutual, some are not,” Gale explained. “There’s going to be a big reflection period for the player and for us as staff. That’s already been happening behind the scenes for the last two months, if I’m honest, as we’re looking at players and where they might fit in.

“Number one is we want players who want to play for this football club going forward and have the right character and attitudes. Some of the things you might not see that we see are going to be a big determining factor as to whether players are going to return, as well as their ability on the field. If we have a criticism this year, and we’ll take the blame for that, it’s that when the going got tough and we really needed as a collective to step up, we fell short at times. We could have seized an advantage and closed a gap… we were third in the league in both seasons until two games to go. It’s those fine margins and finding players and characters with the right talent, but above all the right spirit that when the light shines brightest and we need you to step up and perform that we have those players in our dressing room.”

FURTHER TO THE ABOVE, THERE ARE NO GUARANTEES

Asked about who is certain to return in 2020, Gale said:

“I don’t think there are any guarantees, and I’ll say that because in our discussions with the players they’ll need to want to be here. They can be contract, but it needs to be a mutual agreement. I don’t think anybody who is comfortable and just happy to be here should come back in that sense. They need to have the right ambition that I know us as a staff and ownership have, and the values of the club and everybody involved. Those will be behind the scenes.”

It was expressed more than once by any number of observers, be they fans or media – there were many days when Valour FC just looked physically smaller than some of their CPL counterparts. And it was an issue Gale didn’t shy away from in Monday’s press conference when asked what he may be looking for when putting together a roster for 2020.

“It’s fair to say it became more of a physical league than I anticipated in terms of sheer physical size,” he said. “And certain teams benefitted from that… certainly the ability to defend on set pieces cost us this year. That’s something we’ll need to address, but that can also come down to the willingness in 1 vs 1. Some people are big, but don’t play big. Some people are small, but some of the best players ever to put on a soccer jersey are not tall in stature, but played very, very big.

“We need to find those right characters here, the ones that when adversity hits and the game is on the line, the ones you want to go into battle with. They’re there in some capacity and others are learning that. You have to as coach continue to invest and develop and believe in that. There are some that it’s not just in their make-up. You have to look at that character and certainly we’ll look at that physical composition, based on the rest of the league as well. More goals in this league came from set pieces, percentage-wise, than typically in another league or tournament. That’s something we’re going to address, but we’ve begun that review already and we’ll continue that review until a ball is kicked next season to make sure we can find those missing pieces.”

The internal review Gale spoke about will involve all aspects of Valour FC. But it’s impact on the local sporting scene can’t be measured just by the number of fans that came through the gates or the wins, draws and losses in the standings.

Gale & Co. have worked tirelessly to build a foundation in this town while helping grow the game. That may sound syrupy, but there’s a consensus in the local soccer community that Valour FC has had a significant impact.

“I’ve always said it: never in my life would I have thought we would have professional soccer in Winnipeg,” said Carreiro. “So to be able to see people supporting us or wearing Valour gear outside of the stadium is special. It shows that we’re doing something great, not only for Winnipeg, but from Canada and for the young kids that are going to develop and become part of this league as well.”