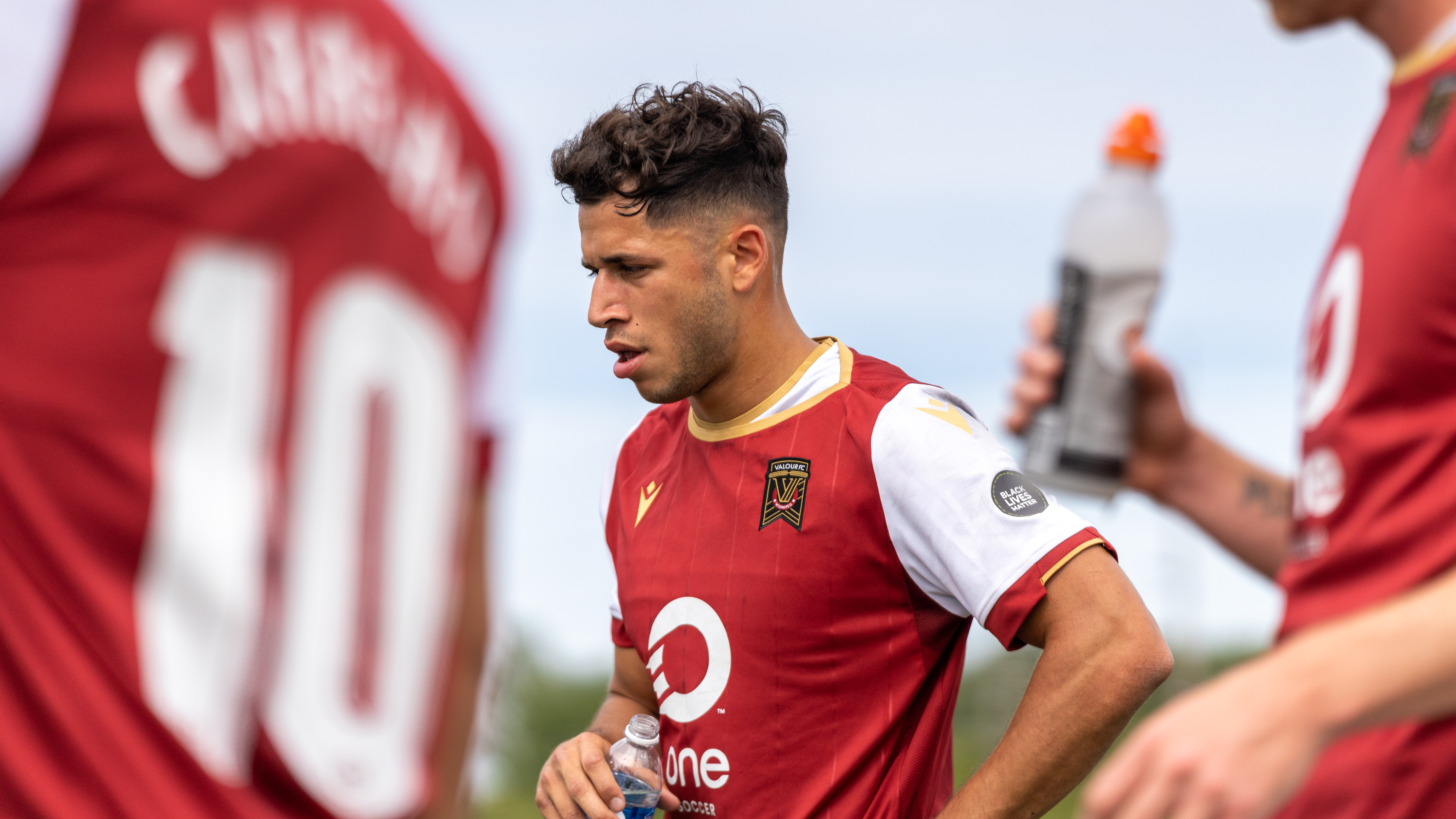 Valour FC is very much in the driver’s seat as it attempts to steer through traffic and into the second round of the Island Games. But the lane is tight with so many teams bunched together in the standings – Valour has seven points through five matches on two wins and a draw against two losses, while HFX Wanderers are right behind them with six points on a 1-3-1 record.

Valour FC is coming off a dramatic victory over Edmonton while HFX earned a thrilling 1-1 draw with York9 FC with an extra time goal – down a man, no less – on Sunday.

Valour has surrendered just five goals through five matches, lowest in the tournament and will need to be sturdy around its own net again against Wanderers in the second-last round-robin game for both teams. 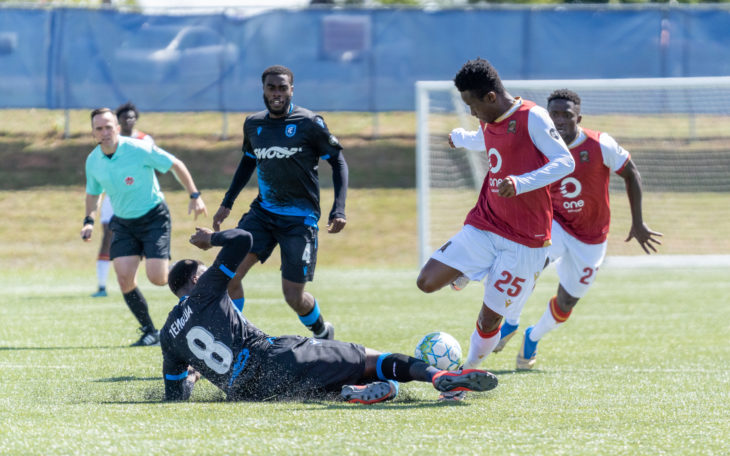 #7 Masta Kacher, F: His first goal for Valour was a dandy and critical, too, as it helped the squad earn a 2-1 win over FC Edmonton on Saturday. The veteran forward flashed some finish and every coach is searching for that kind of touch around the net.

#35 Andrew Jean-Baptiste, D: He’s been one of the best defenders at the Island Games and is a steadying force and physical presence along the back line for Valour.

#48 Dante Campbell, D/MF: Joined Valour on loan from Toronto FC II and his energy can provide a spark when a team hits a lull.