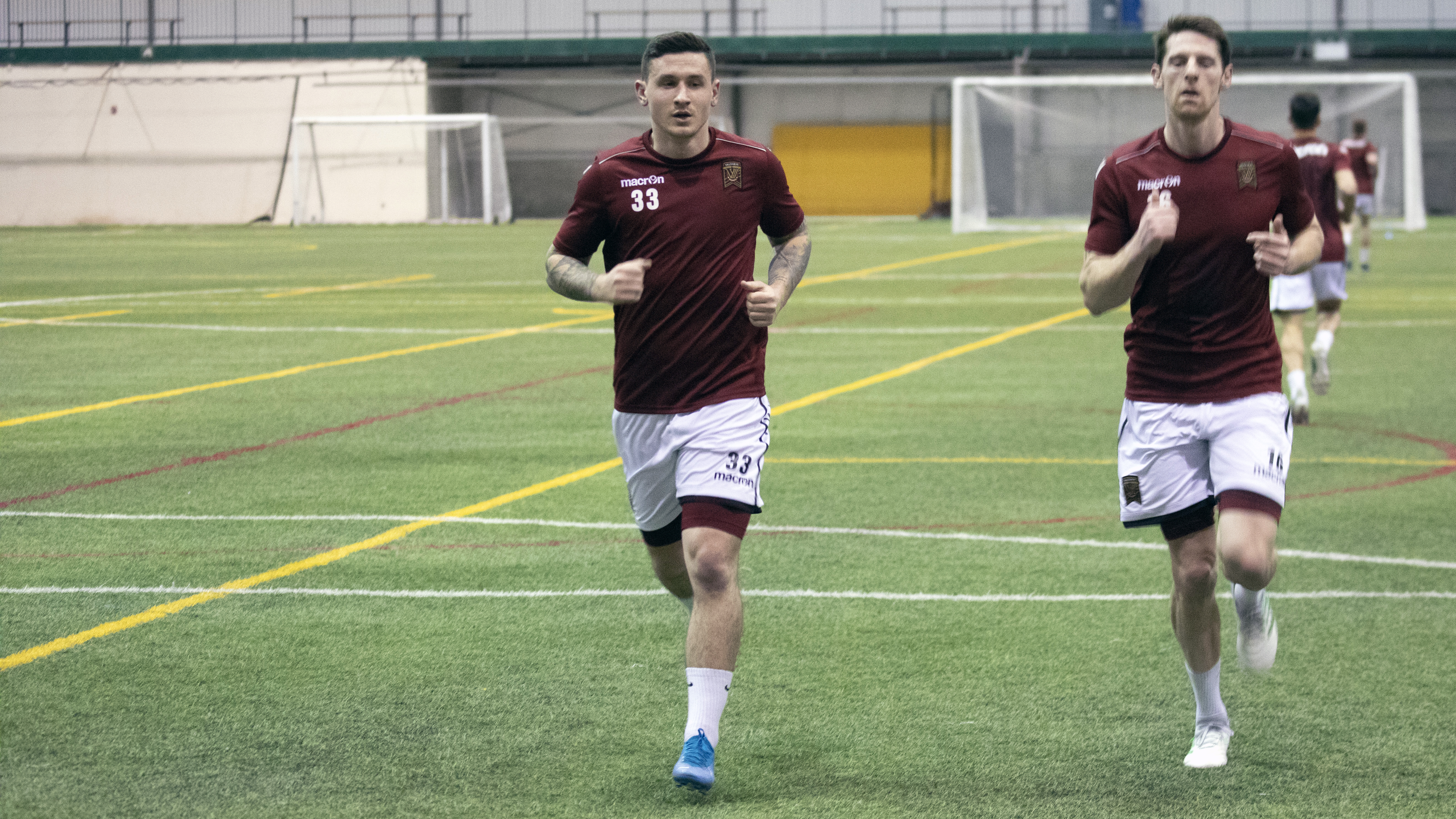 It was just after 4 o’clock one afternoon earlier this week when Fraser Aird found himself all alone in his new spot in Osborne Village singing – or attempting to sing – Tracy Chapman’s 1988 hit ‘Fast Car’ in a group chat with a bunch of his Valour FC teammates.

“The last three days we’ve been getting together in a chat and having a quiz,” began Aird in a conversation with valourfootball.club. “The first one was a quiz about Champions League. There’s a question that gets put to the group chat and everyone needs to answer as fast as possible. The loser has to sing a song into the group chat.

“The second one, I was the quiz master and the subject was just general football knowledge from all over the world. And then the next day it was movies and football and I was the loser and had to sing. It wasn’t a good rendition, trust me. But I had to do it.

“It made for a good laugh. It’s all banter and helps keep everyone’s spirits high and that’s what we need at times like this.”

The current Coronavirus pandemic has impacted so many around the world and Aird, who returned last month to Canada after almost eight years playing professionally in Scotland, has had his own challenges.

He has no roommate, essentially knows no one in Winnipeg but his teammates, and is communicating with his family in Scarborough primarily through FaceTime and social media. 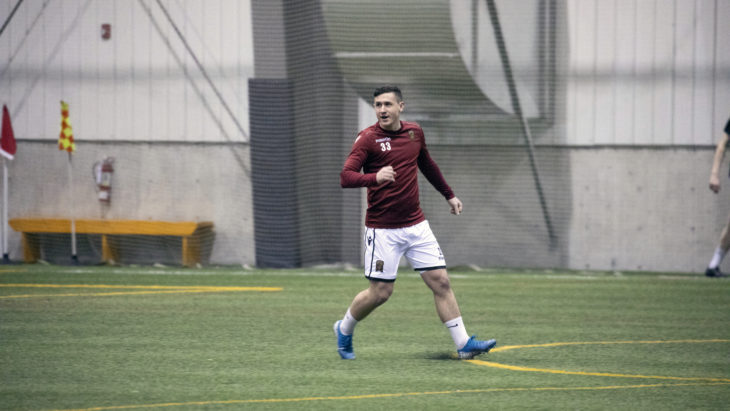 Mind you, the 25-year-old winger is hardly complaining. He is doing his best to stay fit physically and it’s these daily interactions with his Valour teammates and coaches that is so essential to mental health.

“It’s been good to get everyone involved in those chats,” he said. “Right now football gets pushed to the side and everyone’s health is what we’re focusing on. Those things, making sure everyone is OK, is more important than getting back on the field.

“It can be a bit daunting at times being on your own. I’ve been on my own for at least two weeks now. With social media and FaceTime on your phone I can see my family, that makes it a lot easier. But it’s not the same if you’re just seeing them over the phone.”

Aird’s introduction to his new home in Winnipeg has been more than a little unique. He did his homework about Valour FC and about the city before signing here. He knew about ‘Friendly Manitoba’, about the cold winters and the superb summers. He was made aware of the underrated restaurant scene and how the team’s fanbase truly embraced the squad in its inaugural Canadian Premier League season.

But now the pause button has been pressed on experiencing any of that.

“When I first got off the plane here it was minus -28… welcome to Winnipeg,” said Aird with a chuckle. “It’s been getting a lot better recently and the snow has been starting to melt.

“But I had just got here, we had just started training and now this: I’ve been locked in the house for two weeks. That’s a bit tough, but you need to put those things on the back burner.” 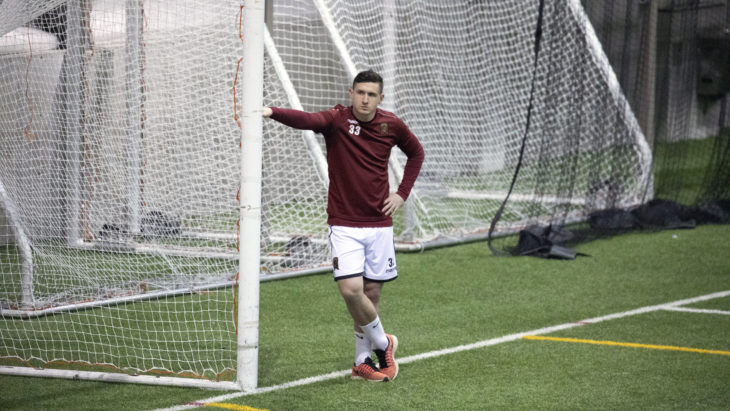 “It’s in my best interest to stay in, do my home workouts, get outside for a half hour or an hour every day just to put my mind at ease and get some fresh air to the brain. I’m just trying to stay as busy as I can and trying not to think about it too much.”

Valour FC had completed only four training sessions of its camp when the word came from the CPL that all activities were to be suspended because of COVID-19. First impressions can be lasting, however, and Aird likes what he saw initially from his new squad.

“The manager has done a really good job assembling a squad,” said Aird. “There are still a few pieces to add, but things were good and it looked like the team was coming together. All the boys were buzzing to get back involved and get back training.

“It’s tough to judge the pitch aspect of things from just four days, but from what I had seen in the dressing room and the banter going around I really think we have a great group of boys and that goes a long way. The football side of it will come.

“A lot of people might have already wrote us off after last year, from what I heard,” he added. “That’s OK. We’ll do our work and then do our talking on the pitch. It’ll be a new season, a brand new team. It’s up to us to put our stamp on the league.

“We’ll fly under the radar and when it comes time, it’ll be up to us to show how good we are. But, as I said, right now we’ll just wait because that’s the right thing to do.”