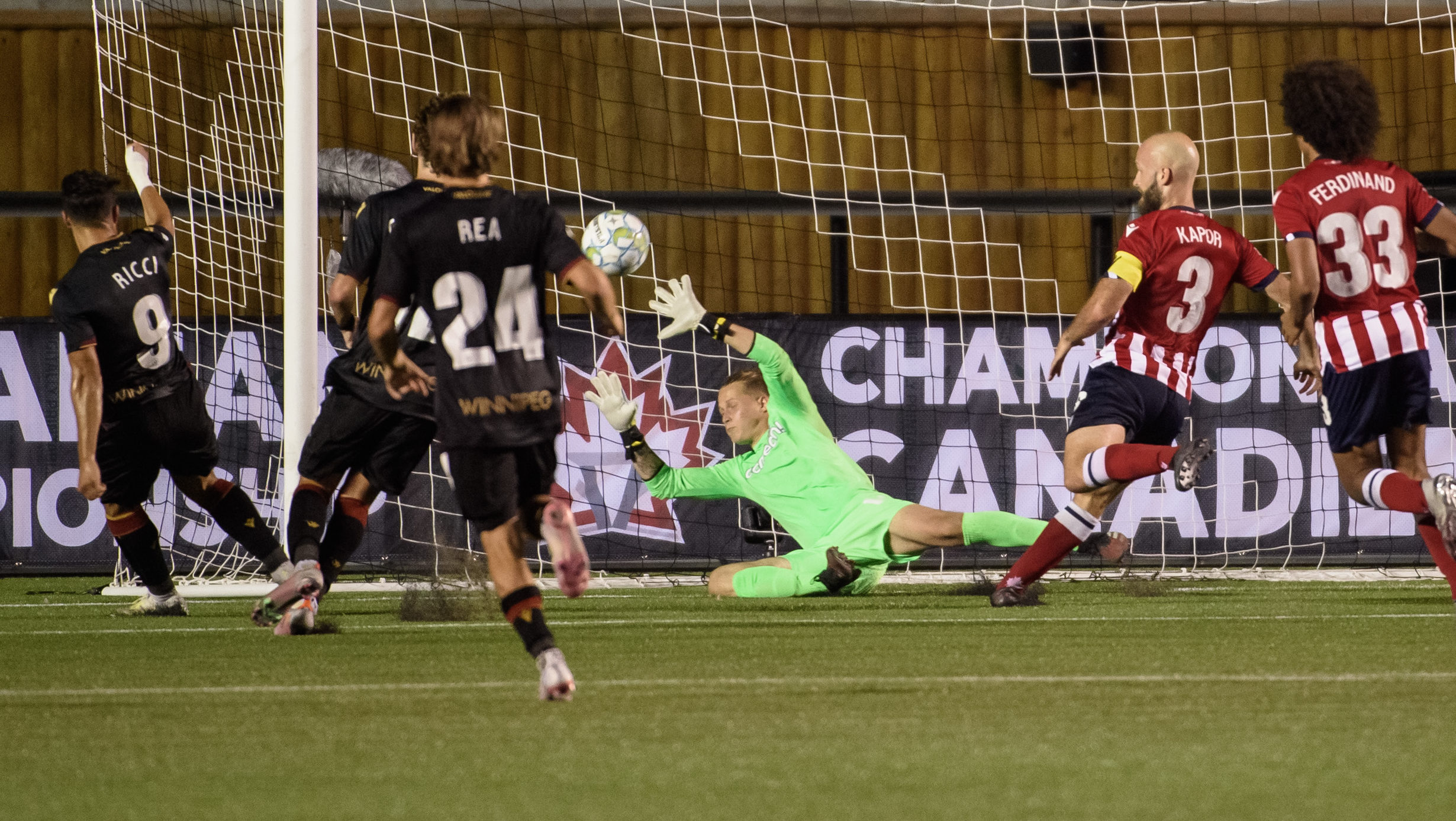 Valour FC and Atlético Ottawa provided one of the best Canadian Championship ties in recent memory Saturday with a thrilling 3-2 result that went in Winnipeg’s favour. An Austin Ricci three-minute brace in the second half was all Rob Gale’s side needed – after a furious 20-shot first half – as they move on to face Forge FC in the quarterfinal next week.

If Valour and Ottawa’s Canadian Championship preliminary round was played in the ring, the match would have been over after 30 seconds. Both sides blasted through the first half, compiling 20 shots and countless moments of brilliance. It set up an intriguing moment at halftime – do you block the next blow or take it yourself? Rob Gale and Valour opted to turtle, taking just 34 per cent possession, and grabbing Austin Ricci’s two goals on the counter – a payoff that gave them the win.

“I felt that we could stretch their centre backs and fatigue them – it would open up in transition,” Gale said following the game. “It was just a case of patience – move the ball and stay mentally resilient… The team executed that gameplan.”

Valour managed to create quite a bit of space between Ottawa’s Saturday – something winger Sean Rea and midfielder Raphael Galhardo used to great effect. Galhardo’s role, along water-carrying midfielders Moses Dyer and Raphael Ohin, allowed the tenured Brazilian to take the attacking crown – a nice sight to see considering Winnipeg has managed just two goals and zero wins in their previous six games. Rea, who scored their opener with an outside-the-box effort, completed all 17 passes completed in the attacking half in the first frame and working well in combination with Arnold Bokou Motou. With Keven Aleman set to come back to this Valour attack, they could be set to become an even greater attacking force in CanPL play.

Ottawa’s saw a handful of newish faces in the lineup, including a club debut for Theo Obadal and a rare start for Antonine Coupland. While Obadal didn’t have the best start to his life with Ottawa, Coupland should have scored at least twice, seeing quality chances go wide while creating several of his own. Ottawa, who had last faced Valour back at The Kickoff, has firmly shaken any preconceptions of their depth as they started without six of their top ten players in minutes placed in the season (Dylon Powley, Drew Beckie, Chris Mannella, Zach Verhoven, Ben McKendry, and Malcolm Shaw).

Mista himself was full of compliments after the match and his playees, adding: “We’ve improved a lot with the ball, we had better possession and we were braver with the ball… We need to keep playing this way because it works.”

Taking this award from the brace-scorer Austin Ricci, the 29-year-old Brazilian fullback-turned-attacking midfielder was immense, slipping between lines and using his wicked passing ability to great ends. He led his team in shots (four) and key passes (three) on the night.

Valour FC will be back in action on Tuesday as they fly home to host FC Edmonton in CanPL action at IG Field (8pm ET/7pm CT). Ottawa, meanwhile, will head down Highway 401 on Wednesday to visit Forge FC at Tim Hortons Field (8pm ET). Valour will face Forge in the next round of the CanChamp some time in September. Watch all CanPL and CanChamp matches live on OneSoccer.