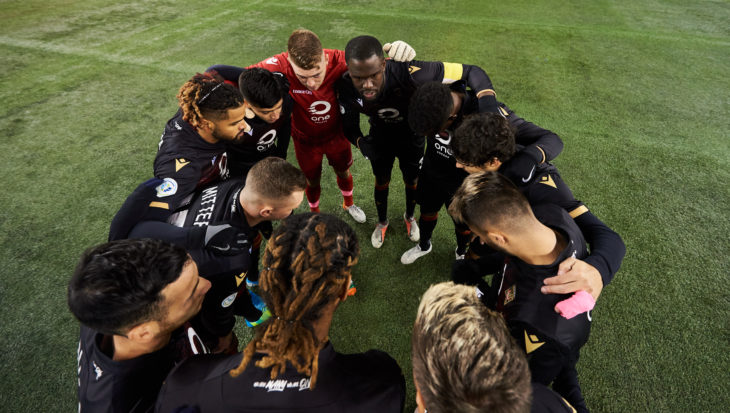 The home chapter of Valour FC’s inaugural season came to a close late Wednesday night in a fashion so familiar to so many other dates at IG Field.

Valour FC dropped their second-last match of the 2019 Canadian Premier League campaign in a 4-0 loss to York 9 FC in front of 3,980 in south Winnipeg that was pockmarked by iffy officiating, an unfolding by the home side after a penalty against and then with their loyal faithful in ‘The Trench’ singing loud and proud as the final seconds ticked away.

The defeat drops Valour’s Fall Competition record to 5-4-8 (wins-draws-losses) and eliminates the club’s hopes of finishing the second half of the season in third place. Instead, that belongs to York 9, who improved to 7-8-2 – well behind Calvary FC of Calgary and Hamilton’s Forge FC atop the CPL standings.

“It’s massively disappointing,” began Valour defender Adam Mitter, “especially to ship four goals again. I thought in the first half we defended excellent. I’m not quite sure what happened, I’ll have to watch the second half back. It just seems the story of our season… we kinda capsized, which you can’t have at this level of football.

“We wanted to win in front of our fans and in the second half we probably became more expansive, just purely because we wanted to get three points to say good-bye to them for the season.” 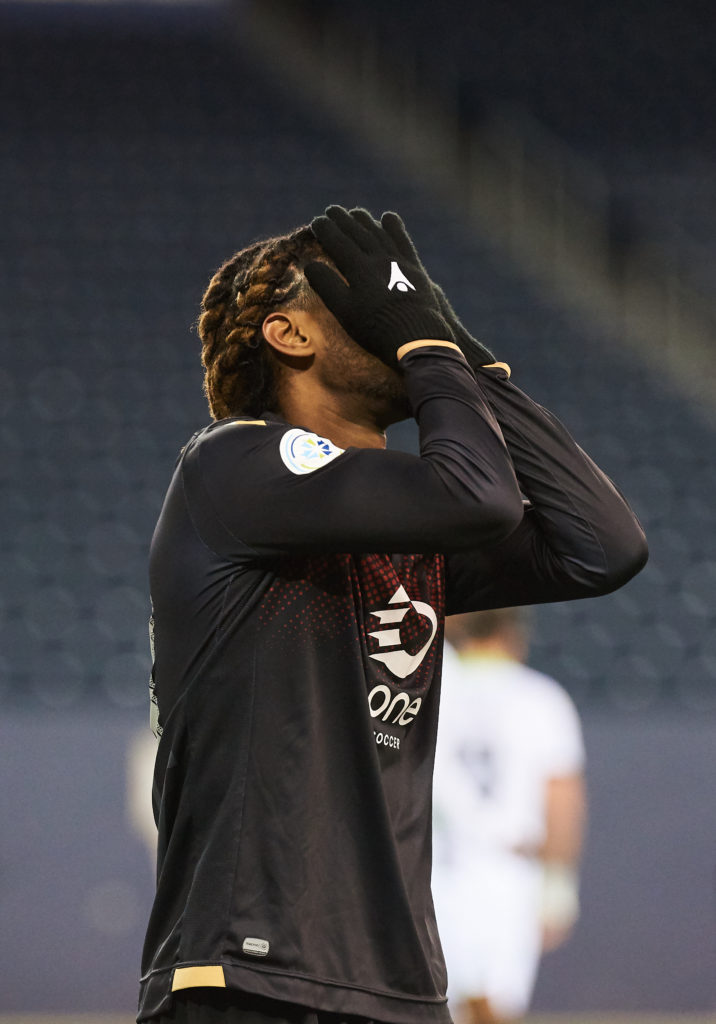 The two sides were even at halftime, before York 9‘s Ryan Telfer found the back of the net in the 48th minute. That was followed by a highly questionable foul called on Valour’s Skylar Thomas in the box five minutes later that led to a penalty goal by Joseph Di Chiara.

York 9 then hammered home two more in the final minutes, with Telfer scoring his second in the 83rd minute and Simon Adjei Karlsson adding to the frustration with a four goal in the 89thminute.

“The first two goals shouldn’t have been given,” said a frustrated Valour FC boss Rob Gale. “One was a foul, a hand-ball in the middle of the park (that wasn’t called) and the second is not a penalty, and if that’s a penalty then we’re guaranteed a penalty at the other end.

“It was an even game and I think it got killed as a contest.”

In a contest that was chippy at times the home side took two yellow cards – York had three – with Gale being nailed for the second. He said afterwards he asked for an explanation on his yellow, but did not get one from referee Sebastian Noshinravani.

“It amazes me,” said Gale. “I’ve taken five (yellow cards). I’ve been in football years, decades and not taken a yellow card and this season I’ve taken five. You can’t appeal. It’s unbelievable to me. I’ve never known a league where the coach doesn’t compete for decisions. We’re competitors. We want to win and when you see it taken away from you in that fashion what are you supposed to do? I’ve got to stick up for my players.” 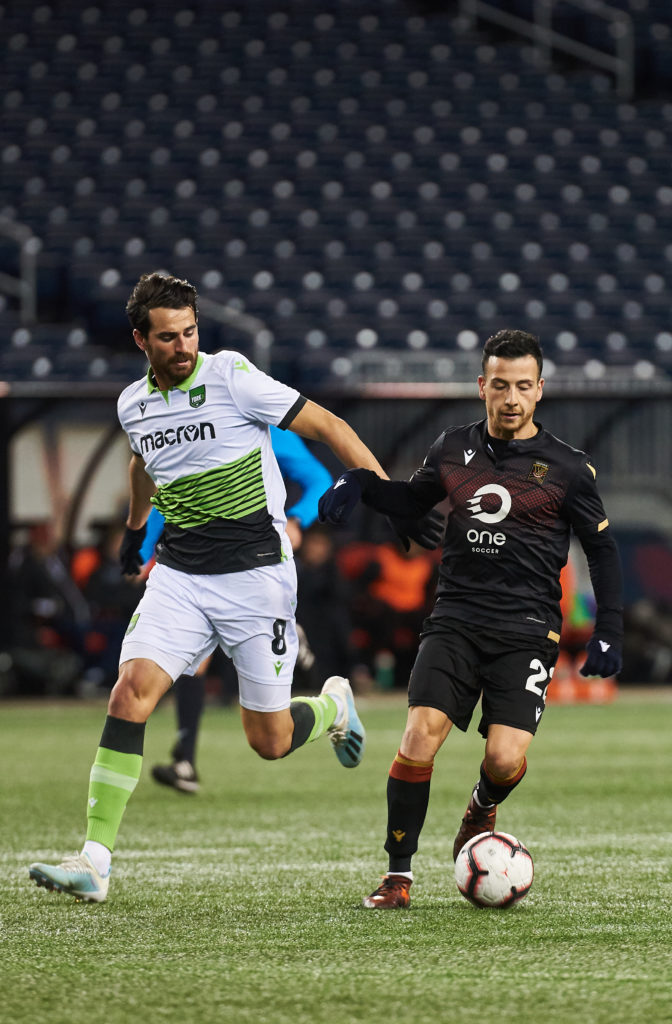 Valour FC finished both the Spring and Fall Competitions with a home record of 4-2-7 and a -15 goal differential. Again, though, that didn’t stop their fans from singing throughout as the support from the local soccer community will be remembered as one of the highlights of the first season.

“They’re brilliant, aren’t they?,” said Mitter. “They’re some of the best people around. I’ve said it all season long: they’ve been absolutely fantastic. They stuck with us through thick and thin and I wanted nothing more than to give them a last three points, but it wasn’t meant to be.

“They’re just brilliant. I can’t say enough about them.”

Valour FC will now travel to Victoria for Saturday’s final match of the season against Pacific FC. It will also be the final game for this team before it heads in all different directions.

“If we end the league with a win everyone will hold their heads high and go into the offseason, whether guys are leaving or staying, ending it with a high,” said Valour FC’s forward Marco Bustos.

“You work with these guys every day, come in six days a week for a calendar year and then at the end of the season guys go their own ways. Some will be back, some won’t. That’s just soccer. That’s business. But we’re going to enjoy the last weekend we have together and hopefully get a win in the next game.”