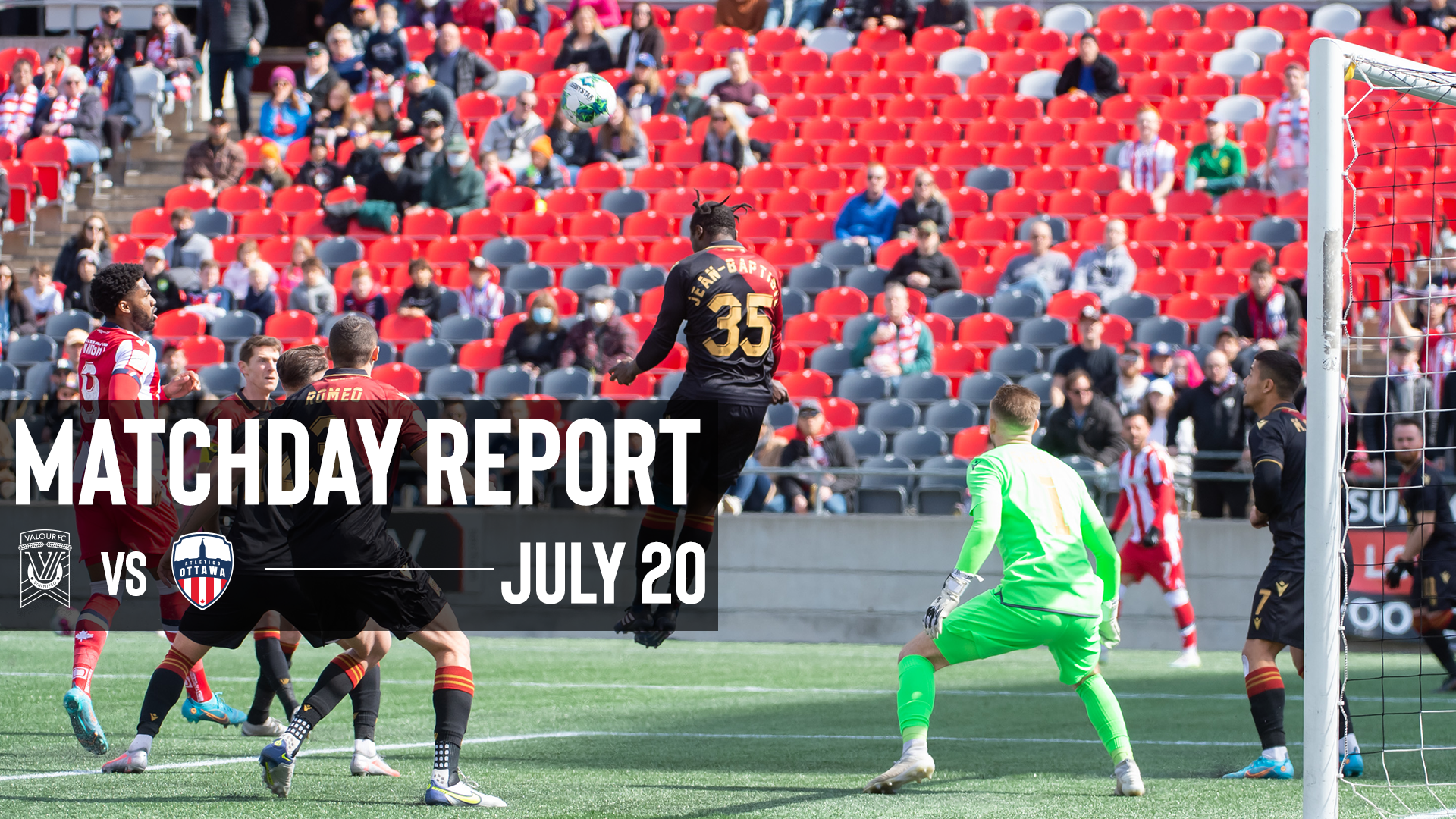 Where: TD Place, Ottawa, ON.

Valour FC hits the halfway mark of their 2022 CPL season Wednesday night in Ottawa against one of the teams it is attempting to chase down for a playoff spot. With 19 points through 13 matches, Valour is one point out of the fourth and final playoff spot, behind Forge FC – a club they’ll meet on Saturday in Hamilton – and six back of third-place Ottawa.

Valour will be without William Akio, who signed last weekend with a Scottish Premiership squad, and will now play two matches in four days, as this contest was originally scheduled for last Sunday before it was rescheduled due to COVID protocols at Ottawa’s end.

“People look at the 6-1 win (by Valour back on April 24th), but Ottawa has been extremely steady and cohesive defensively. They don’t win by big margins, but they always seem to find a way to protect their goal very well and play for the one or two balls that give them a chance to win.

“They’ve set an identity that is very clear and there’s a lot to be said for how Carlos (Gonzalez, Atlético Ottawa manager) has put his team together because to ask players to commit to the game they’re committed to is not always easy. It’s produced results.”

#20 Daniel Ascanio, MF: One of Valour’s new international additions, Ascanio came off the bench in the win over Wanderers and made an immediate impact. Not only did he flash an impressive skillset in his 35 minutes as a constant threat with the ball on his foot, Ascanio also set up Moses Dyer for the match-winning goal.

Valour is unbeaten in its last three matches with wins over York United FC, Forge and HF Wanderers. Valour would set a new club record should it secure a fourth straight victory over AO on Wednesday as never before has the team won four in a row in its history.