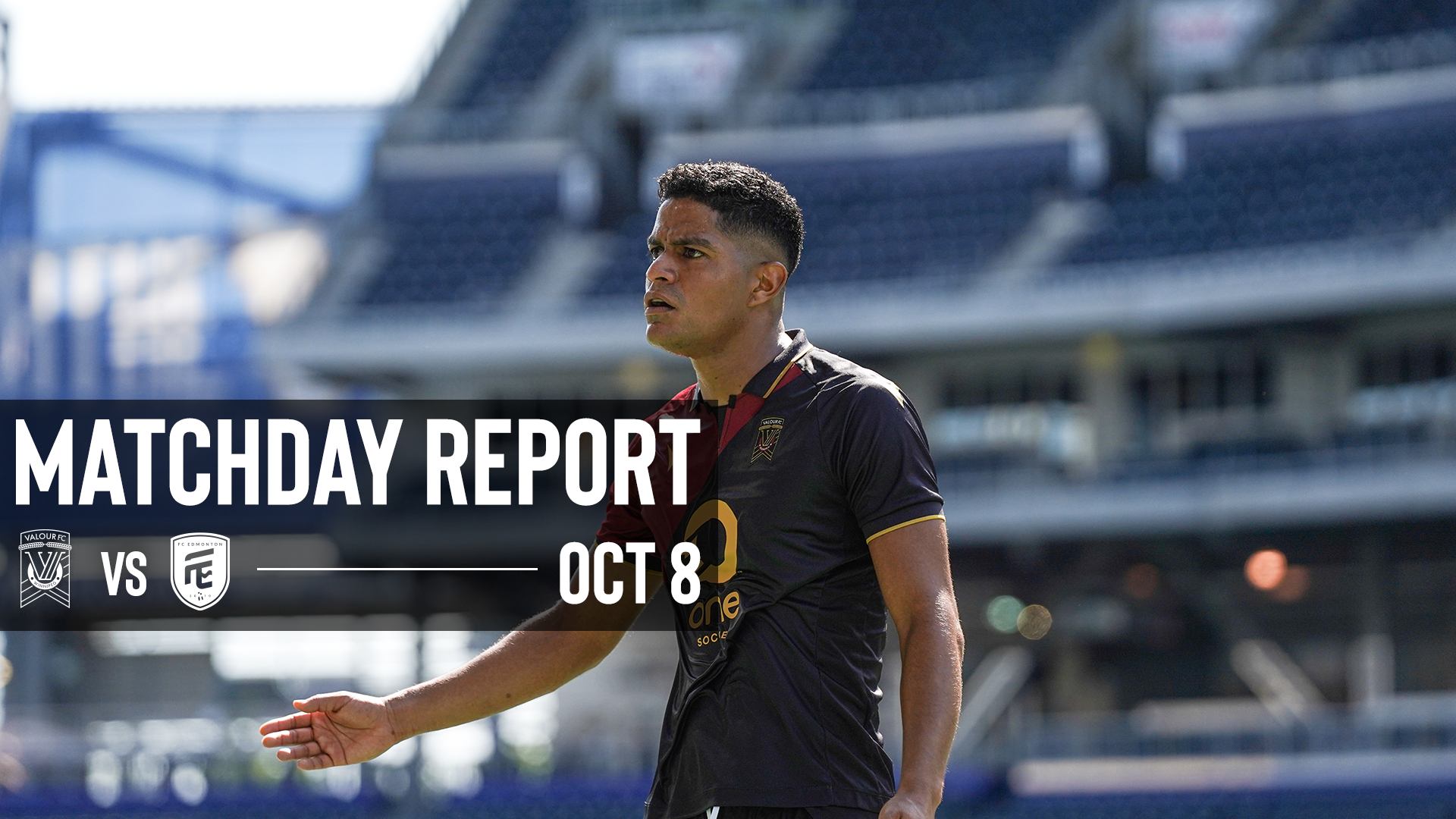 The classic case of two teams playing for pride – Edmonton being eliminated from the playoff picture weeks ago and Valour FC having their postseason dreams squashed last weekend in Calgary.

Valour is looking to end its 2022 campaign with a ‘W’ and, in the process, end a four-match winless streak (three losses and a draw) that has essentially cost them a shot at the playoffs. Valour is also winless in its last six on the road, dating back to a 1-nil victory in Hamilton at the end of June.

GM and head coach Phillip Dos Santos said his club will be all-in on pushing for the three points today, but may also tinker a bit with his lineup to get minutes for players not usually in the starting XI or first off the bench.

“It’s a team that got better by the day as the year went on. They allow the opposition to have the ball in their half and don’t step to press as much. They don’t give a lot of space behind them and keep the field small and compact. They’ve been better in their spells of possession and in transition in which they try to exploit the space given to them when they recover the ball.

“We’ll have to be patient and value the ball well. These are the type of games we’ve struggled with – if we’re set in the opposition’s half and the decisions aren’t right, we end up allowing the opposition to attack us in transition and we’re now defending in emergency. It’s a game we absolutely want.”

#10 Kevin Rendon, MF: The club’s coaching staff believes in Rendon’s technical quality and vision in the middle of the park, even if the offensive numbers aren’t there for the big Colombian in his 11 appearances this season. A strong finish today could keep him in the picture for 2023.

The number of points, out of a possible nine, earned by Valour this season in the three meetings with FC Edmonton. Edmonton has been the CPL’s worst team this season and leaving a possible six points on the table after three 1-1 draws is one of the reasons Valour will be on the outside looking in when the playoffs begin next week.