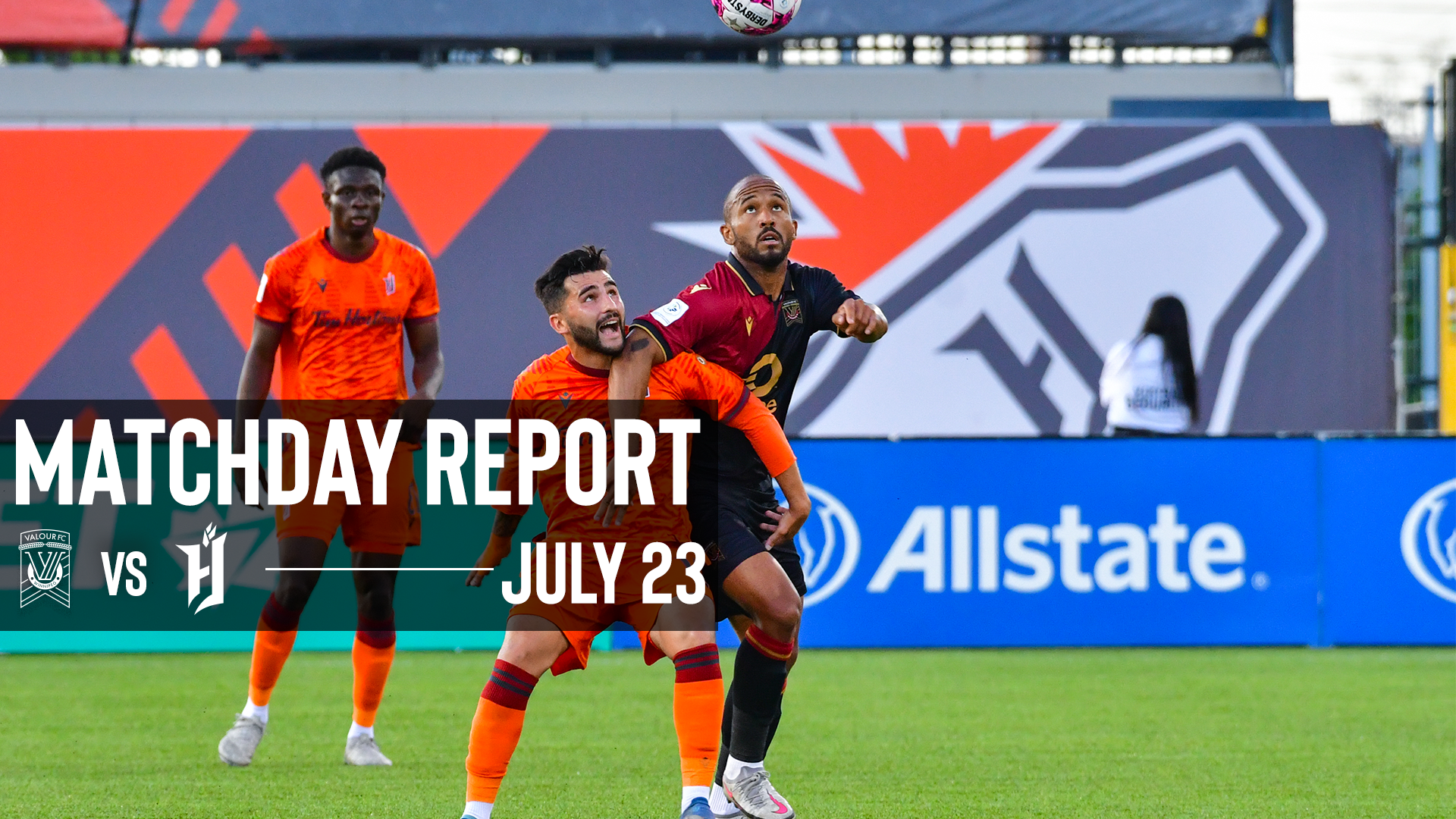 Where: Tim Hortons Field, Hamilton, ON.

Valour FC opens up the second half of their 2022 schedule with a matinee in Hamilton and against a Forge FC squad which is just ahead of them in the CPL standings. Valour is fifth overall at 20 points, while Forge is at 23 and with a match in hand. The top four teams in the CPL qualify for the playoffs.

Valour is coming off a valiant effort in a 1-1 draw against Atlético Ottawa on Wednesday, in a match that was originally scheduled for last Sunday in the capital but was pushed to later in the week because of COVID-19 protocols. That led to some travel and logistical nightmares as the team attempted to get to Ottawa, but the club battled to earn a critical road point while extending its unbeaten streak to four with three wins and the draw.

After this quick two-match turnaround Valour will return home for what could be a critical chunk of their schedule, as seven of their next eight will be at IG Field.

#3 Rocco Romeo, D: Valour’s big centre back has really grown his game in 2022. The club’s leader in minutes played is a big force at 6-4 and alongside veteran Andrew Jean-Baptiste on the back line and has played a controlled and mature game this season.

Valour lost its first five games against Forge FC from the franchise’s inception in 2019. Since then, the club has a draw and four straight wins in league play against their Hamilton rivals.