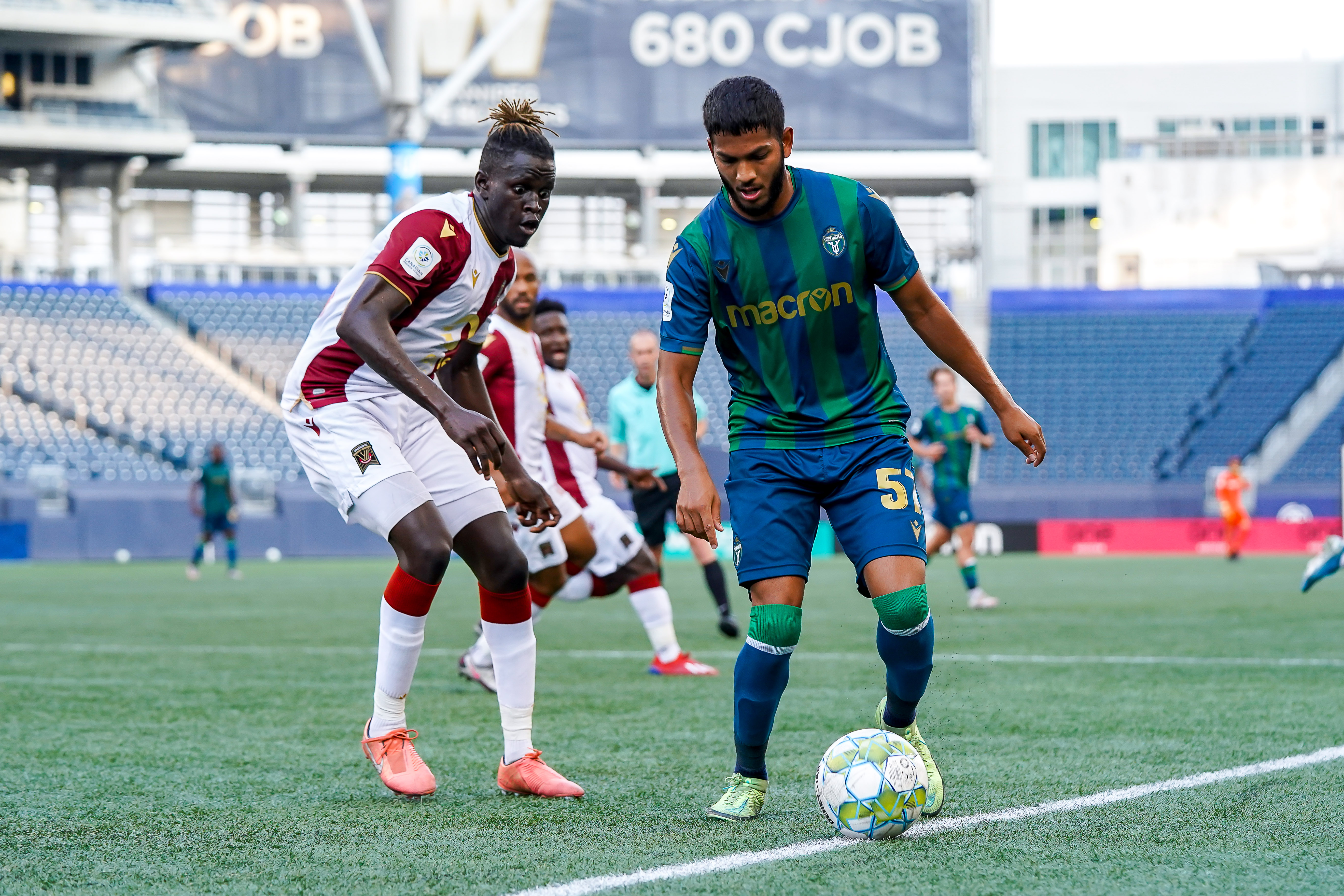 Valour FC returns to CPL action on Sunday after Wednesday’s 2-nil loss to the Vancouver Whitecaps in the first round of the Canadian Championship – a historic night as it marked the first time in team history the club had played an MLS side.

The silver lining from that match was the outstanding work of goalkeeper Rayane Yesli, who flashed some of the skills that has Valour management beaming about his ability to work as part of a duo with Jonathan Sirois.

Valour is currently three points behind second-place York United with seven points and a game in hand and hopes to make up that ground in front of their faithful on Sunday afternoon. After Sunday’s match the club will be on the road for two with visits to Calgary to face Cavalry FC on May 21st and to Victoria to meet Pacific FC a week later.

#24 Sean Rea, MF: The 19-year-old midfielder is playing with more confidence, more maturity, and more consistency in his second go-round with Valour. The CF Montreal loanee is dynamic with the ball on his foot and leads Valour with three assists in his four CPL matches, a total that has him tied for second-most in the league.

Valour has played one less match than any other CPL team other than Forge FC – the team they were scheduled to meet in their home opener before it was postponed due to COVID protocols – and yet leads the league with nine goals, six of them coming in a 6-1 pasting of Atlético Ottawa back on April 24th.