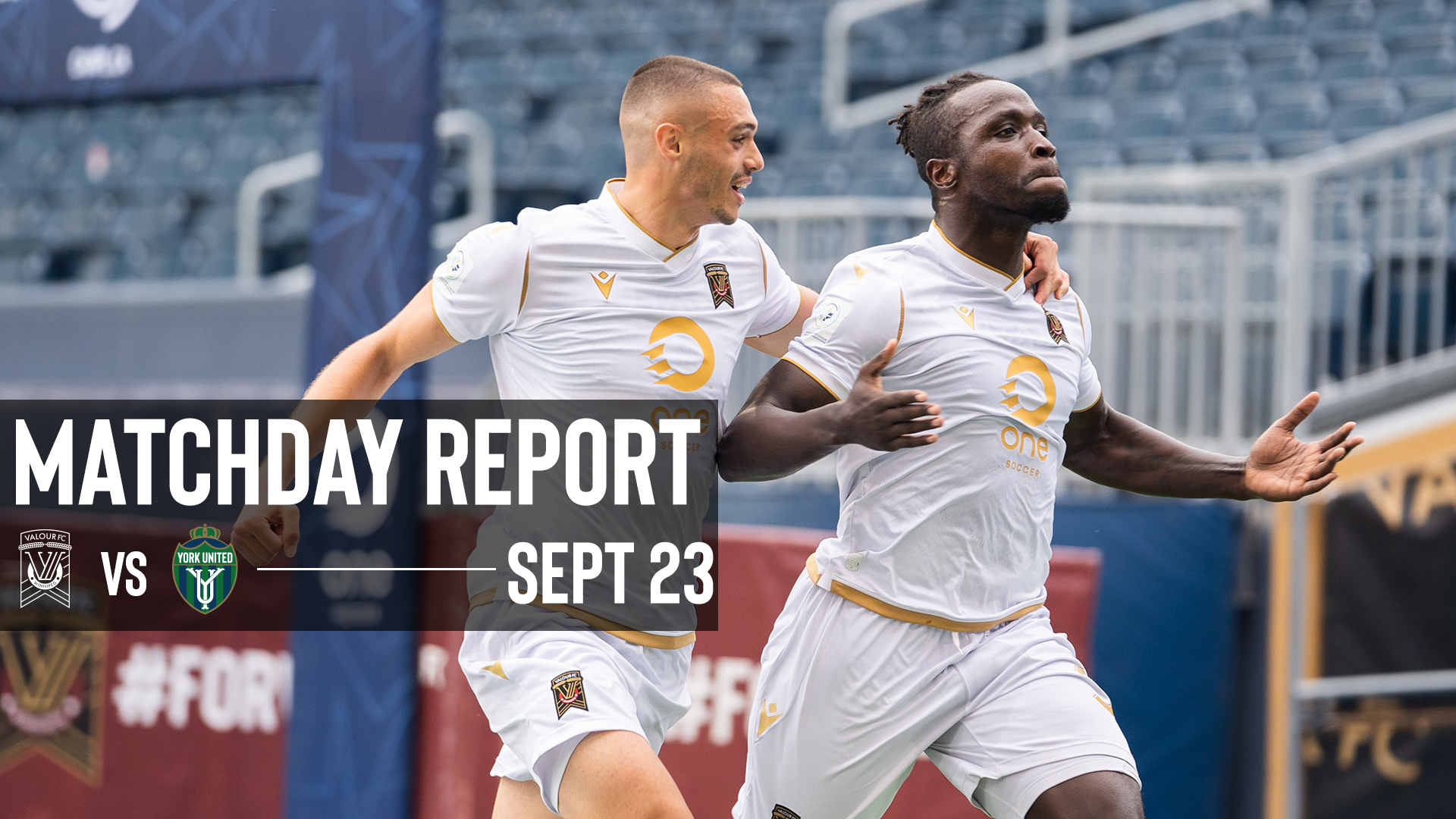 Where: York Lions Stadium, Toronto, ON

Valour FC will finish up its regular season with three straight matches on the road, beginning with this one against York United in Toronto.

The club is coming off a 1-1 draw with Atlético Ottawa last Sunday at IG Field and the point earned has them tied with Pacific FC for the fourth and final playoff spot in the CPL standings.

Valour has played one more match than Pacific, FYI, but does have a decisive goal differential if there is a tie – Valour currently sits at +7; Pacific is even in that department.

There is opportunity here for Valour to not only hold off Pacific – who travel to the east coast to face HFX Wanderers on Saturday – but to move into a tie with Forge FC with a win. Valour is at 37 points; Forge is third with 40. The top of the CPL tables is uber-tight, with Ottawa first at 42 points, followed by Cavalry FC at 41 followed by Forge, Valour and Pacific.

Valour has picked up wins in all three matches vs. York United FC this season and 3-0-1 all-time at York Lions Stadium.

“It’s a team that scores a lot lately and is dangerous. The addition of a guy like Mo Babouli has given them a different dimension offensively. He’s a player that can find a through pass, a goal, and unbalance the opposition with one play on any given day. That has opened up a lot of games for them and allows everyone around him to play with a lot more confidence.

“They’ve found a structure and identity of late that has allowed them to maximize certain elements of their team. It’s a team that is dangerous but because of the way they approach the game through a strong press and the way they commit numbers offensively, they also give spaces and chances to the opposition. We’re going to need to play a very intelligent game.”

#35 Andrew Jean-Baptiste, D: The veteran defender was his usual steady presence in the draw with Ottawa and – earning CPL Player of the Week honours –http://https://twitter.com/ValourFootball/status/1572247427196850176?s=20&t=yrDGy-j9JFpNw3JDbExpyw – chipped in with his second goal of the season by volleying home a Sean Rea corner.

They’ll need more of the same at both ends of the pitch from their co-captain in the final three regular season matches.

Since a 2-1 loss to Pacific on July 30th in which they were a man down for a half hour, Valour has not surrendered more than two goals in a single match.

Over that nine-match stretch the club has amassed a 5-2-2 record and scored nine times while surrendering just four goals – a measly 0.44 goals conceded per match average. Worth noting: two of those four goals yielded came on penalties in a pair of 1-nil losses in Nova Scotia against the HFX Wanderers.