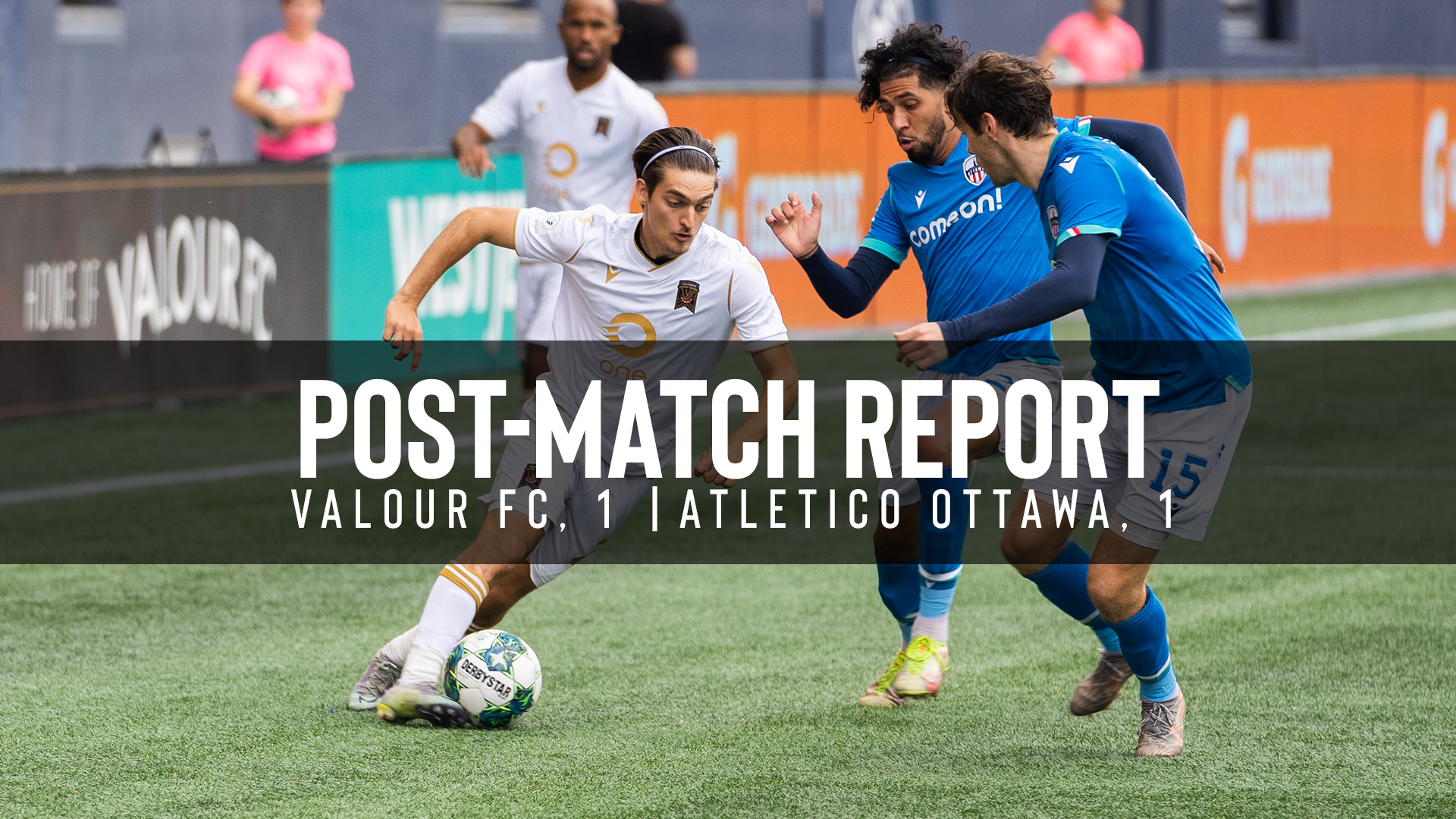 Valour FC’s quest for a coveted Canadian Premier League playoff spot will see its final chapters unfold on the road.

Winnipeg’s professional soccer side wrapped up its 2022 home schedule with a 1-1 draw with Atlético Ottawa Sunday afternoon at IG Field and the club will now venture out of Manitoba for three critical matches to determine whether they are participants or spectators when the postseason begins next month.

Pacific is now also at 37 points with a 10-7-7 record with a match in hand, although Valour has the tiebreaker with a +7 goal differential to their Western rivals even differential.

“Our team has the ability to do it,” said Valour GM and head coach Phillip Dos Santos of chasing the playoff spot on the road, beginning this Friday against York United FC followed by visits to Cavalry FC and FC Edmonton. “We’ve been able to play good road games and I trust that our guys have the mentality, the ability and the quality to go and get the points we need on the road.

“Of course, we wanted all three points (against Ottawa) because in our heads we’re also seeing a window of opportunity that would allow us to maybe get closer and catch the teams ahead of us in the standings.

“But there’s a lot to be played still. There’s 270 minutes (three matches) of football to be played and we need to approach the week, work well, stay strong and keep going. Now we just have to keep pushing.”

Atlético Ottawa, meanwhile, improved to 11-9-5 and with 42 points has moved into first place in the CPL table.

Both goals were scored on set pieces, with Valour opening the scoring in the 68th minute on a Sean Rea corner kick that was volleyed home by co-captain Andrew Jean-Baptiste.

“Massive,” said Jean-Baptiste. “At the start of last season (before a year-ending knee injury) I had two goals in five games. So, coming into this season it raised a lot of expectations as far as my ability on set pieces. Aerial battles and duels are one of my strengths and I came coach on numerous times so as coach said, ‘Finally.’

“Like a striker that’s in a goal drought it takes that one to get them going again, to build that momentum again, build confidence – I’m not saying I’m going to score five in the next few games – but as far as confidence-wise on set pieces it will definitely help.” 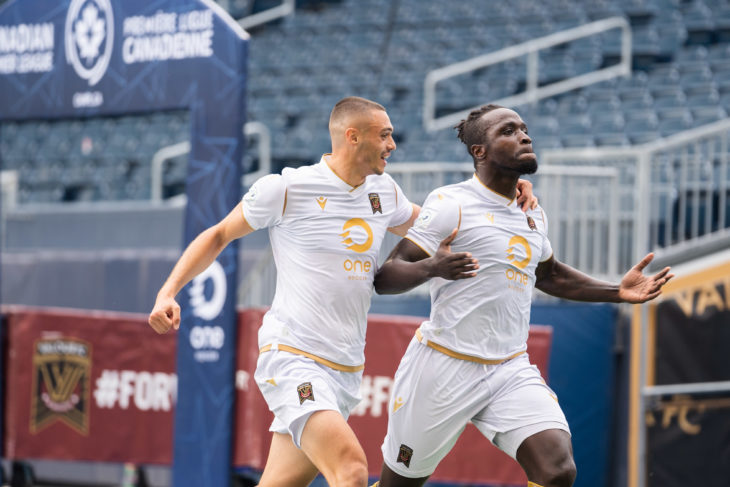 Ottawa countered 10 minutes later via an ‘Olimpico’ goal by Ollie Bassett as his corner kick curled over the out-stretched hand of a leaping Jonathan Sirois for the equalizer.

“It was a game of details; game that was always going to be played very tight,” said Dos Santos. “I was expecting many goals because Ottawa having the identity they have and the way our games have been I knew it would be a game of mistake, a game of moment, and the two goals come off a set play. Looking at all of it, the point is probably the fair result.

“… If you’re asking me if I’m going to sleep well, I’m not going to lose my sleep over this one because I need to be fresh to start preparing for the next game.”

-Sean Rea’s assist was his eighth of the season, setting a new CPL record previously held by Edmonton’s Tobias Warschewski.

“Good for him,” said Dos Santos of Rea’s accomplishment. “Sean put a good ball in, and he’s done that since the beginning of the season. I’m glad for him that it’s a record because he’s a kid that works hard on details. He always wants to be on the ball and take responsibility in these situations.

“… for a young player that is still growing, the Sean Rea I saw last year and even starting the season and the one I see today, is a more complete, more mature player. He’s working both sides of the ball, he keeps his feet moving and when it’s like that good things are going to happen.”

-Two regular members of Valour’s starting XI were not available due to injury in leading scorer Moses Dyer and centre back Nassim Mekideche.

-Valour is now 5-2-2 in nine matches all-time vs. Ottawa in CPL regular-season and Canadian Championship plays.