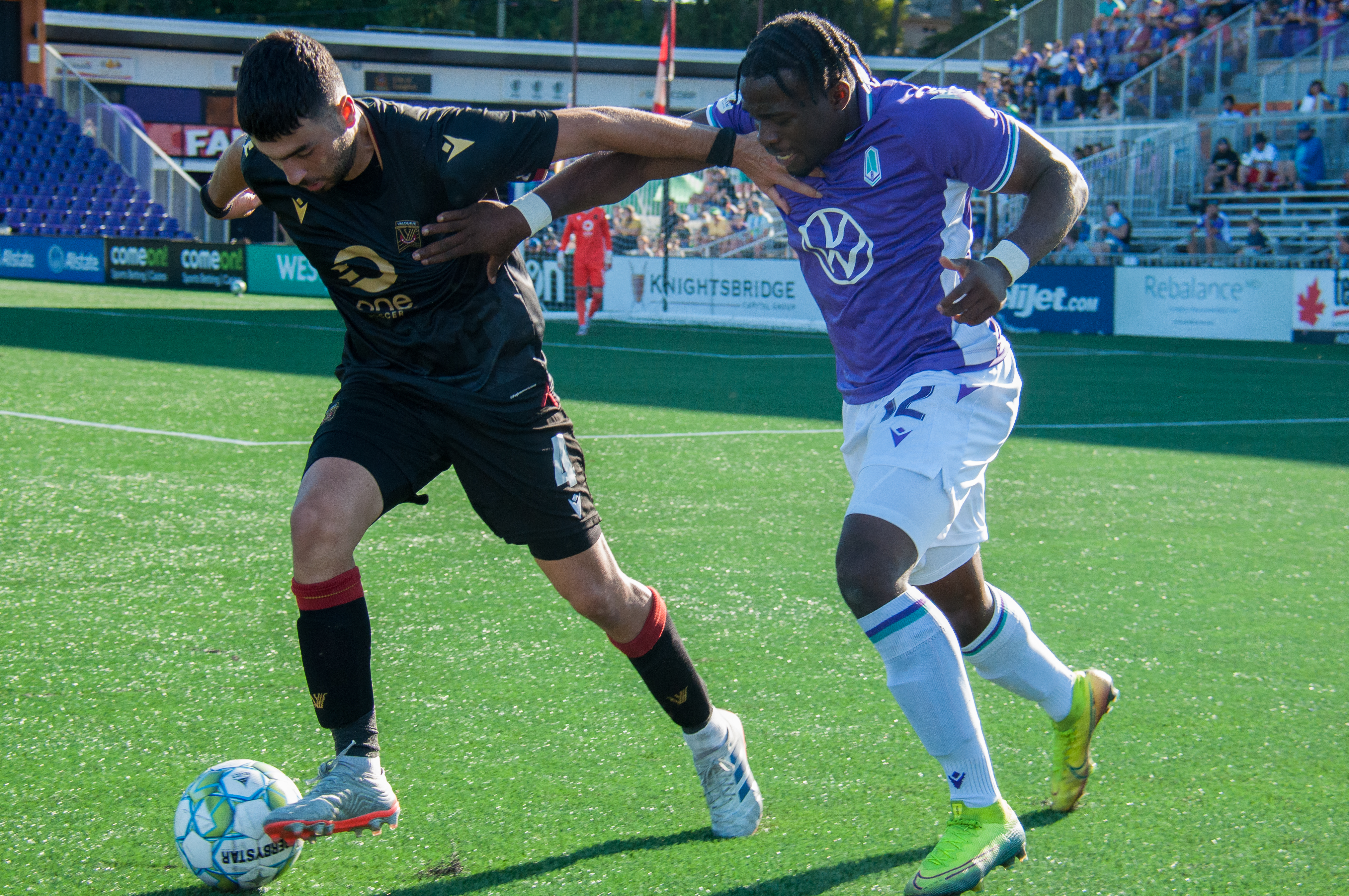 “Our performances haven’t been bad, it’s just our errors have been glaring.” | Match Preview
September 3, 2021

It’s a cruel way to learn, akin to getting publicly flogged or spanked for every mistake.

And, frankly, Valour FC has had enough of the growing pains.

Winnipeg’s Canadian Premier League squad returns to action Saturday evening against Cavalry FC at IG Field, 5:30 p.m. start, some six days since its last match – a 3-2 loss to Pacific FC in B.C. in which the their most-glaring errors were costly.

Effectively pushing their attack to results for their third straight match – with seven goals over that span – Valour out-shot Pacific, earned more corners, won more duels and had the better possession numbers.

Yet they paid dearly in their own end.

“We’ve had some one-on-one chats this week with all the players, with us being around the halfway stage (of the regular season) and discussed where we’re at and what we need to do to get over the line,” said Valour GM and head coach Rob Gale on Friday. “The feeling is that in the games we’ve lost recently to our nearest competitors when we could have gone to the top of the table we instead found ways to shoot ourselves in the foot and that was the difference. 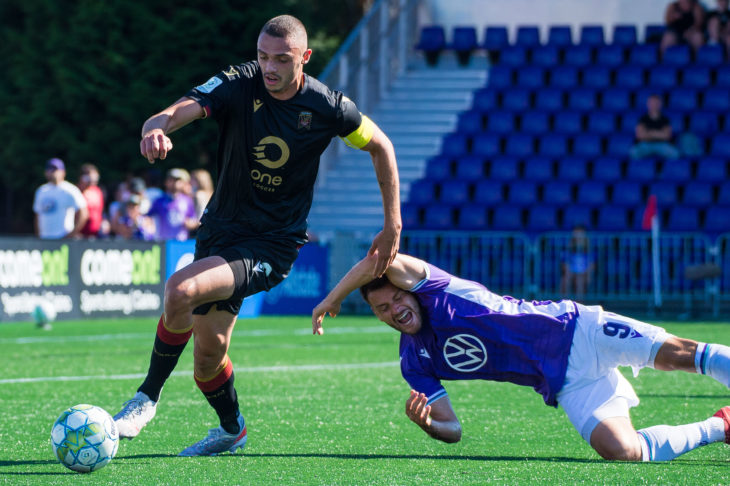 “If we don’t beat ourselves then we’re in a good position.”

Valour is entering a stretch where seven of its next eight regular-season matches are at home. (They do also travel to Hamilton to face Forge FC in the next stage of the Canadian Championship on September 15). That precedes a conclusion of their schedule that will see four of their last five on the road.

So, paramount for them now is to limit the mistakes in their own end and punish on the attack.

“One of the things the lads said was that we’ve gifted a goal at key stages and times to our opposition instead of making them earn it,” said Gale. “We’re earning our goals, but that’s the difference so far in the league: in our key games – and we’ve had Cavalry and Pacific regularly of late – they’ve made us earn everything. We haven’t done that, a couple of mistakes here or there and it’s in the back of our net.

“So, in that sense there is a confidence in the group that we need to bear down and not over-play it at times, don’t crowd each other or get into each other’s spaces where we invite pressure. When we play past pressure and we’re turned and at an opposition then we’re very hard to live with.

“So, we need more of that and less of shooting ourselves in the foot,” Gale continued. “We want the guys to play and 70-80 percent of the time we’re playing out successfully and cleanly. But in the times when it’s not clean or not there, we’ve got to be more game-savvy or ruthless to make sure that it’s not going to have an easy punishment. We can’t gift Grade-A chances.

“We’re learning lessons, painful lessons to me, but if we can learn quicker and not make those same mistakes again then we’ve got every reason to believe we can string performances together.

“Our performances haven’t been bad, it’s just our errors have been glaring.”

Cavalry is unbeaten in six matches, having cranked out four wins and two draws over that span to move into a tie with Pacific FC atop the CPL tables. They are fourth in goals per match (1.2) and third goals conceded per match (0.93).

Of note, they are the only CPL team yet to score a goal on a penalty this season.

“Typical Cavalry. They’ve got a good squad and I said that right from the start,” said Gale. “They’re efficient, always efficient. They know how to grind out results and have proven it in every league – the three versions of it, including the Island Games last year. You know what you’re going to get with them: they have experience and are going to provide you with a physical and tactical test in every game. You’ve got to be at your best to beat them.”