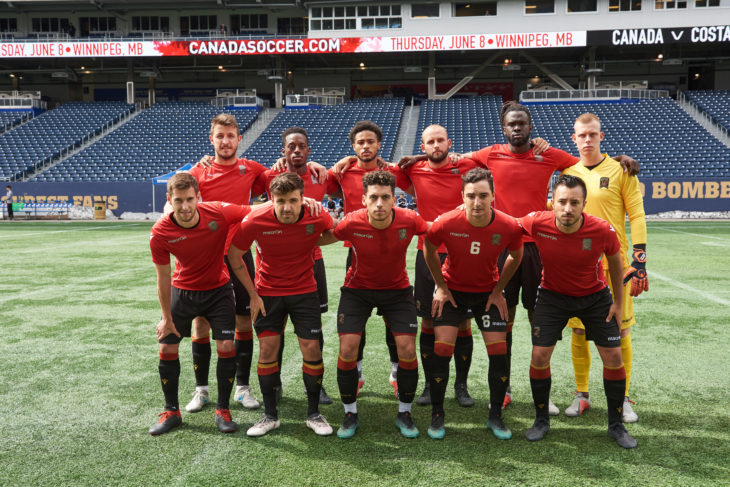 The gentlemen who make up Valour FC are about to make history tonight in Victoria when they step onto the pitch at Westhills Stadium against Pacific FC in their inaugural Canadian Premier League match.

Dating back to last fall and the signing of defender Skylar Thomas – the first player to come aboard with Valour FC – soccer fans in this town have been introduced to the new faces on this squad, and especially so since the opening of training camp back on March 1st.

But no one knows the players better than their coach, Rob Gale. The gregarious boss of Valour FC is around them every day, pushing them, consoling them and encouraging them, along with his assistants Damian Rocke and Patrick Di Stefani.

With that in mind, valourfootball.club asked Gale to offer up some insight – nicknames, playing style, etc – on each of the players who will help author Valour FC history tonight.

Here is what the always-entertaining coach provided: 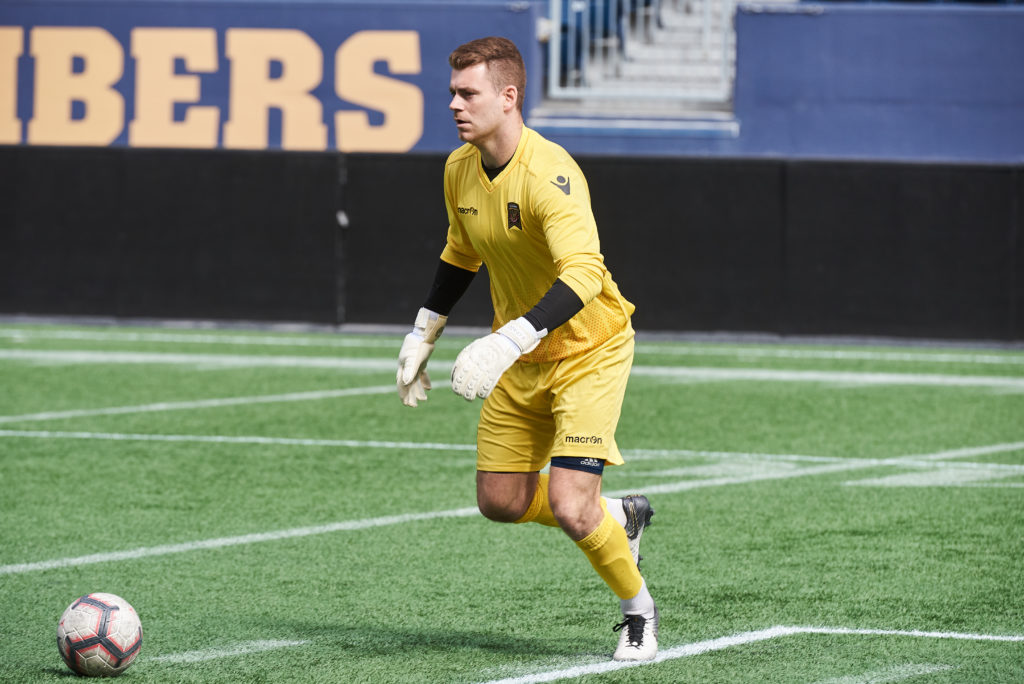 Tyson Farago: Along with Calum Ferguson, he is the least likely player to get a tan, given his Irish heritage. To the tune of D-I-S-C-O, he is T-Y F-A-R-A-G-O.

Mathias Janssens: Moved his girlfriend here from Belgium and they then bought a dog inside a week!!! Loves to wear romper suits and he’s a bit of a fashionista in a crazy goalkeeper way. Since getting a crew cut he could now also pass as a Euro football hooligan.

Raphael Garcia: The younger twin of our physiotherapist Derek McLennan – they are doppelgängers – he will be asked for ID for the next 30 years.

Skylar ‘Skyscraper’ Thomas: Also known as ‘Big Unit’ (but not to his face, as no one will mess with him).

Martin Arguiñarena: AKA ‘BBQ’ for his fondness of Brazilian BBQ. The silky, left-footed attacking defender who ‘no hablas ingles’ except for the phrases ‘me likey’ or ‘me no likey.’

Adam Mitter: Also known as ‘Mitts’ the ‘scouser’ amongst us and newest member of the group, he’d tackle his own granny. 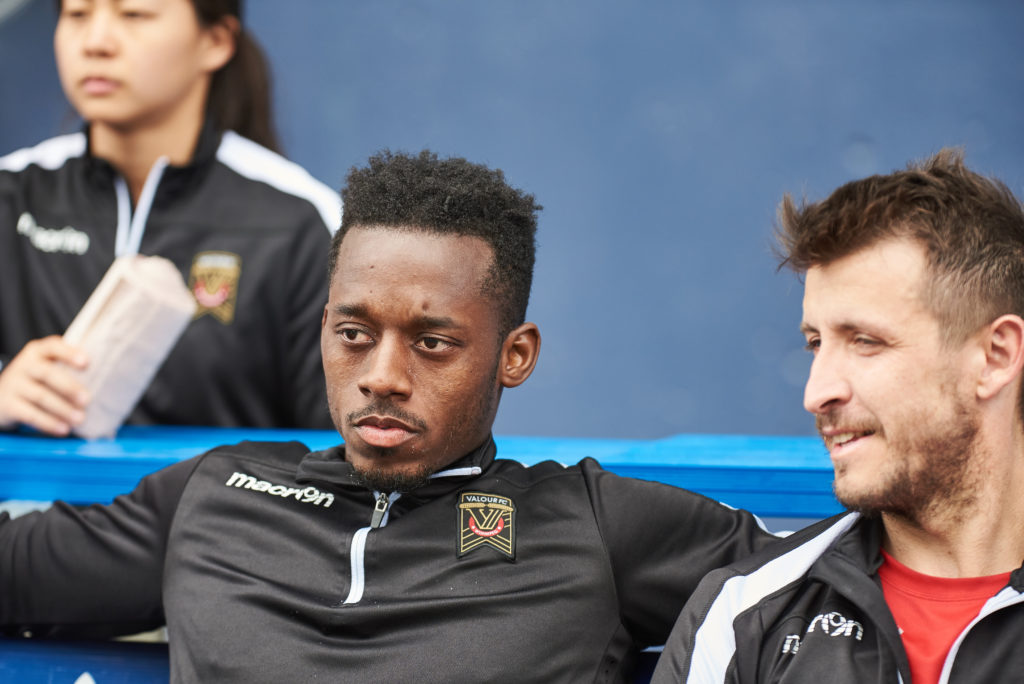 Michael Petrasso: ‘Mikey P’ or ‘Sponge Bob’ with his square shoulders. He’s a roadrunner, a super fast winger who will get bums off seats with his attacking skills.

Diego Guttierez: Go Diego, Go vamos!!! Another non-English speaker, but he copies the gaffer with an ‘Alright mate’ to greet you in the mornings. Also does the best non-kick soccer move you’ll ever see (look for it on May 4th).

Louis Béland-Goyette: ‘LOOOOOOOOU’, the French-speaking silky, ball-playing midfielder form Montreal, gets a hard time from the lads for his IQ in thinking training drills.

Dylan Sacramento: ‘Mr. January’; The poster and calendar boy knows how to find the camera but also has great eye for goal and pass, too.

Dylan Carreiro: ‘Dilly’ – The local lad done good who’s played the longest for the gaffer; Gaffer gives him a hard time for still completing school, but his football IQ is second to none.

Raphael Ohin: ‘RHINO’ is a physical specimen and another local lad done good. He still coaches in the community and is sure to be a fan favourite because he can score from distance and has a bag of technical tricks in his locker.

Nico Galvis:  ‘The Translator’ fancies that he is as smooth with the ladies as he is with his language skills. He’s our Colombian-Canadian, who may as well be an assistant coach after having to explain everything to our two Latin-American players every day.

Glenn Muenkat: Another youngster who you may never know if he is happy on the field until he scores, then he’s sure to give a great celly along with Ali Musse.

Ali Musse: ‘Ali The Moose’ – A Winnipeg winger and dynamic attacking player with an eye for the goal. Has pace and skill and the lot simply can’t decide what to do with his hair. 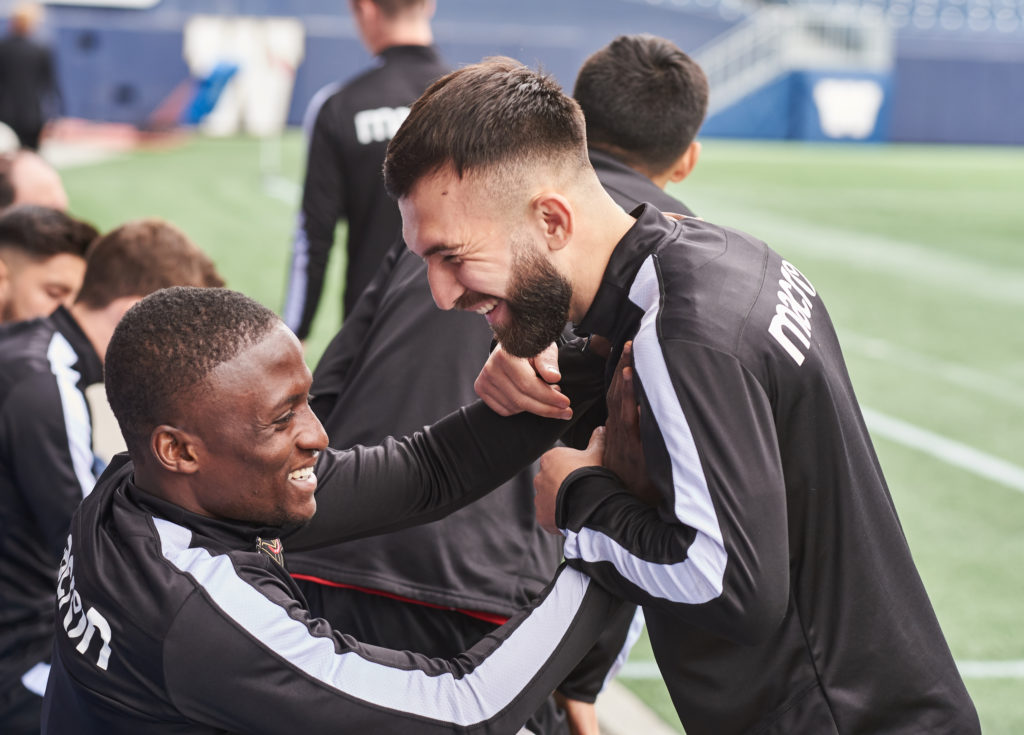 Josip Golubar: Everyone knows ‘Joka’ as the old man of the team at 34 years of age, but he’s got silky skills and is deadly around the penalty area. Also the beneficiary of a preferential coffee from our goalkeeper coach Patrick DiStefani. He likes his espresso, and it keeps him lively.

Federico Pena: ‘Feds’ is always messing about with his hair – his brother is a hair stylist, but Feds’ bonnet is surely the worst advertisement for him, lol. A Winnipegger who went overseas and then come back and a real energizer bunny. Works hard but makes a crazy sprinkler noise when he is running fast.

Calum Ferguson: ‘Jock’, ‘Braveheart’ or ‘Mrs. Doubtfire’ – he and Stephen Hoyle are the laundry kings and this lad will put his head anywhere when the boots are flying. Tough as nails.

Stephen Hoyle: A real chatty-Cathy who talks a great game. The goal-scoring Englishman with thick northern accent, he’ll score plenty and spend plenty hours then discussing each one with the fans!!!

Tyler Attardo: The youngest signing in the Canadian Premier League, the young pup and doesn’t have to show ID when we travel as he’s not 18, he needs a letter from his mom to travel overseas!!! His speed and power and goal-scoring skill stop us making him fun of his age too much.