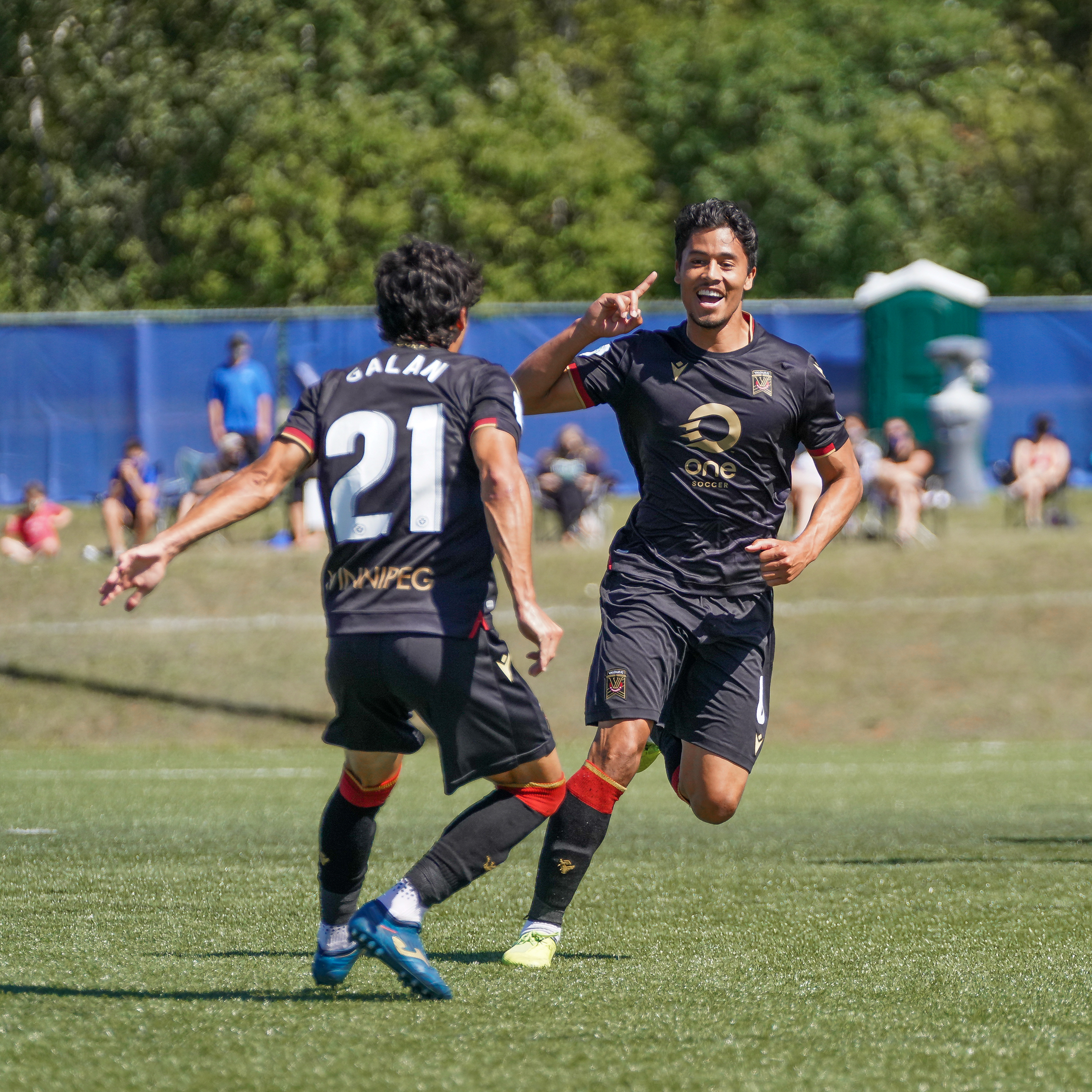 The Canadian Premier League’s Island Games was a whole lot all at once for Valour FC, what with seven matches jammed into 20 days.

Then, just like that, their finish line was upon them and they were packing up their gear and exiting Prince Edward Island.

Members of the 2020 Valour squad have spread out all over now after not advancing out of the First Stage, still lamenting what could have been following a condensed schedule that flashed some of their potential, but also now wondering aloud what might be ahead.

“I really do like Winnipeg. It really grew on me in the short time I was here… the majority of it being in quarantine. This city has a lot to offer and I know I only got to see a small part of it because of everything. If I do come back and make my way back next year I look forward to it.”

Still, there’s a lot of calendar to go through before a 2021 training camp, likely to begin next March. And with this season being so bizarre due to the Coronavirus – from camp being postponed in March to a return to the pitch and then the tournament in PEI – it has left many players wanting more, yet wondering what might be out there given the pandemic.

“Some guys might get an opportunity, some might not,” began Valour co-captain Dylan Carreiro, the Winnipeg product. “Who knows with this Coronavirus? Who knows if we can go across the sea to play or get a possible loan opportunity to keep playing until next year and the CPL season?” 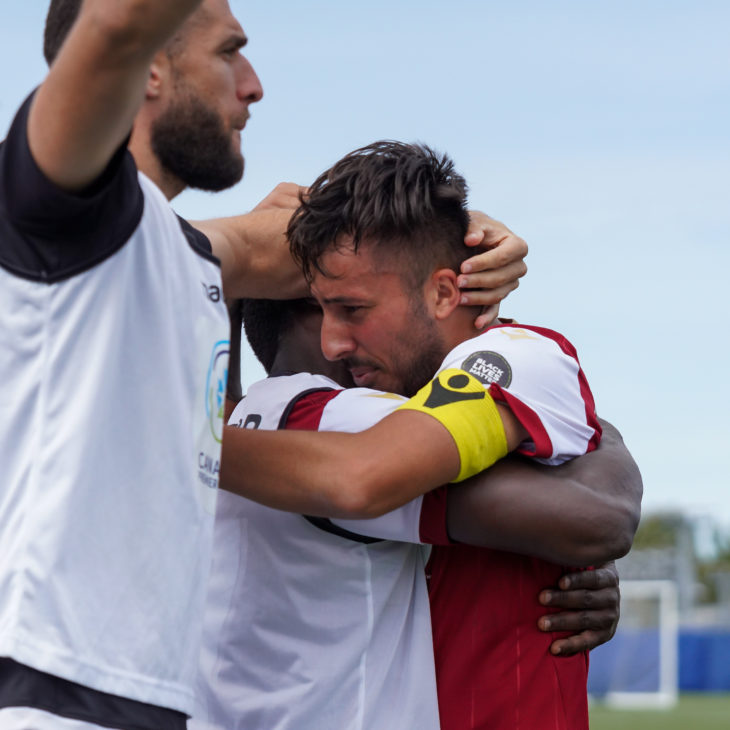 “Looking back, it’s crazy from Year 1 to Year 2 how this group got along and the things we did on and off the field together. It was something special. But it’s football, we know it’s our job and we know a lot of times you can’t be with the same team every year, as much as we would love to. A lot of guys loved Winnipeg and being part of Valour and understood our culture and where we live in Manitoba.

“If they could bring everyone back it would be incredible because I think we’d all like to have everyone together and take a run at the shield next year.”

Valour had players like goalkeeper James Pantemis loaned from the Montreal Impact and picked up centre back and midfielder Dante Campbell from Toronto FC II. That makes their possible return to Winnipeg doubtful, at best.

And then there was Jean-Baptiste, the former first-round draft pick of the Portland Timbers who – before being injured in the second-last match – was widely regarded as one of the top players at the Island Games.

Question is, at 28 would he get another MLS opportunity?

“I haven’t heard of anybody giving the club a call. I’m open to it,” he said. “The fact I was able to be seen like this and people are offering praise does show what this league has to offer and what I have to offer as a player.

“If bigger leagues, bigger teams become interested I would hope they would take into consideration that the CPL is a good league to showcase players and their abilities.” 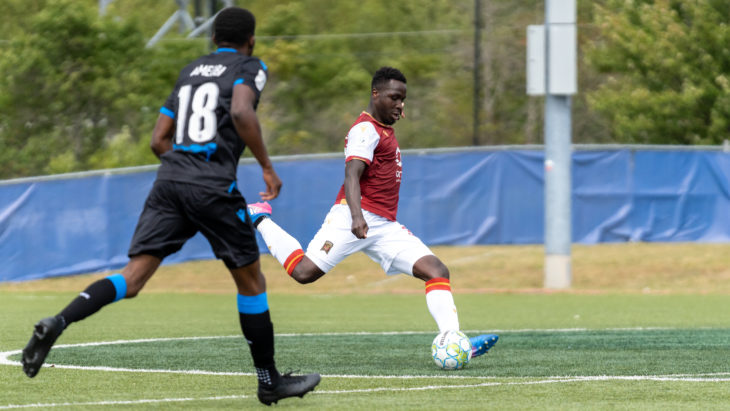 “Individual praise is always something that is appreciated and wanted by everybody in this game. But this is a team effort and as much praise as I may have gotten individually, I wouldn’t have that praise without my teammates next to me. We had one of the leading back lines going into the last two games because of the resilience and relentlessness of everybody on the field.”

These questions won’t begin to get answered until the weeks and months ahead. In the meantime, many Valour players are still decompressing after the intensity of the build-up to the Island Games and then the seven matches, in which they won twice, drew twice and lost three times.

“I said it to my family and my fiancée – we were on such a tight schedule where it was football, football, football. Now we come back and there’s no football and we have nothing to do,” said Carreiro. “It’s been difficult to adjust, if I’m honest. It’s going to take more than a couple of days to figure out what’s the next step just not to be bored.

“Everything was rush, rush, rush. Now we have the time to think about what happened and think about how the last month has gone and then figure out the positives and the negatives.

“What I like is as a team we only grew and we kept growing. It’s not an excuse, but our game against Cavalry was our first game in seven months and look at how we grew from Game 1 to Game 7. If we had a 28-game season with this squad we would have caused a lot of commotion and surprised a lot of people and then hope for a title run at the end of it.

“People saw the steps we were taking. Imagine if he had had a full season with the proper time off to compete, train and recover? I think we would have had a great season, to be honest.”

Training camp. Pandemic. Return to training. Island Games. The 2020 CPL season, if nothing else, will certainly be remembered as unique.

“Going to the Island Games was the cherry on top of the most unpredictable cake I’ve ever seen in my life,” said Jean-Baptiste. “But it was so good to go out there and show something on the field after all the work we had put in. It left a lot of guys optimistic for next year.

“There was something special with this group. You saw when the games were on and our switch was on what we were capable of. The seven games was long enough to show our capabilities, but not long enough to fully enjoy it.”