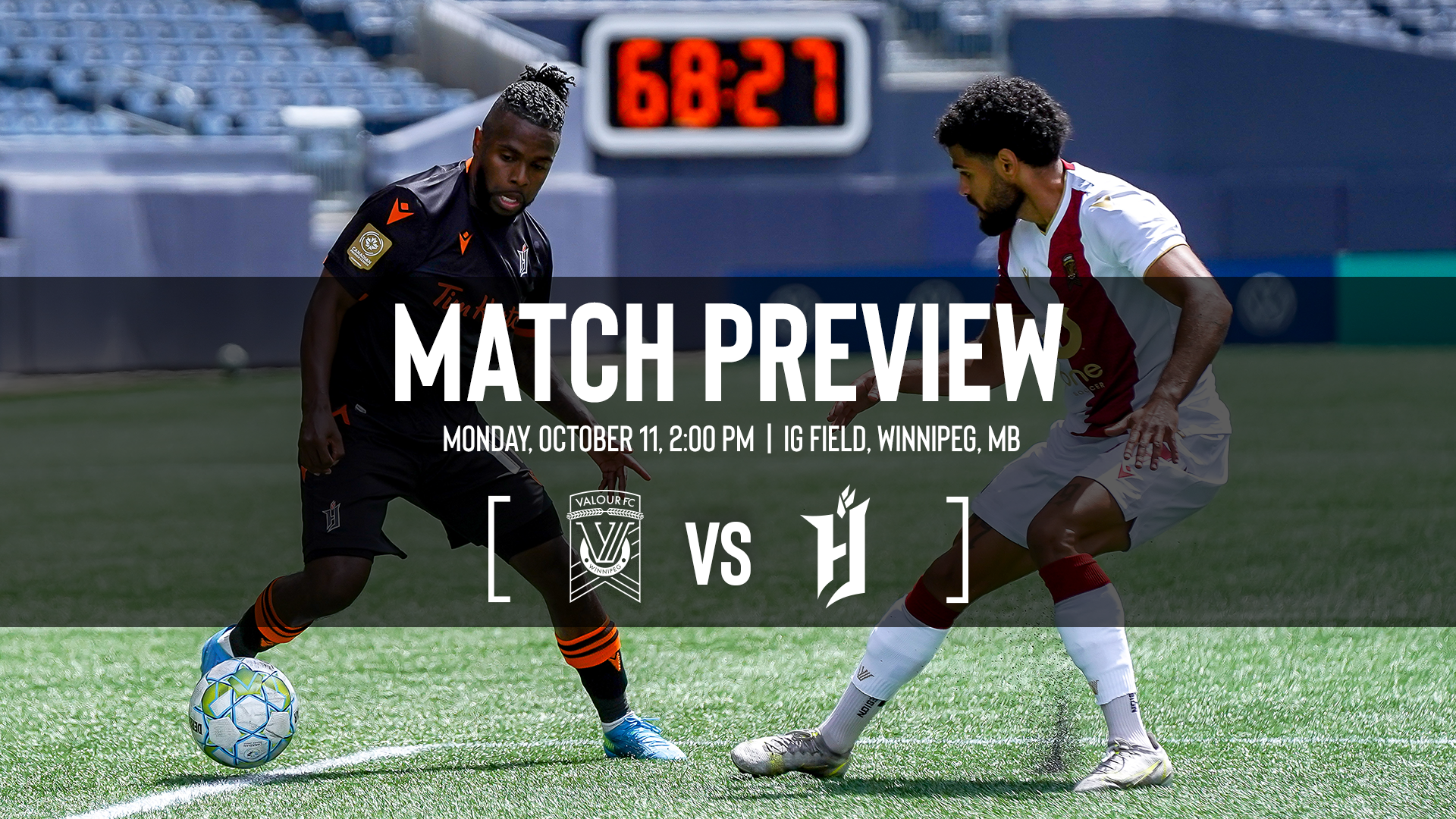 “So, positive we are creating those chances, but now we need to be better in front of goal. We need to have better instincts.” | Match Preview
October 10, 2021

Phillip Dos Santos slid into the GM and head coach’s job with Valour FC with the cards in this poker game essentially having already been dealt to him.

And ‘daunting’ didn’t even begin to describe the situation for Dos Santos and Valour when he took over, what with his pile of chips shrinking, with just six matches remaining and the club five points out of a Canadian Premier League playoff position.

Still, here’s what the boss can control in the chase…

“I know it’s difficult for players and they can get discouraged when the mountain is a big one they have to climb. But as the leader I cannot show any type of discouragement. I need to arrive here every day motivated to work with an energy that’s going to be contagious. That’s how I talk to my staff. We have to keep going.”

Valour heads into Monday’s meeting with two-time defending CPL champion Forge FC winless in nine matches, but on the heels of consecutive draws – a 1-1 tie with FC Edmonton and a nil-nil effort against Cavalry FC.
In both of those matches there was a simplicity in the defensive approach that was obvious, especially after some costly mistakes in their own box had burned them previously. 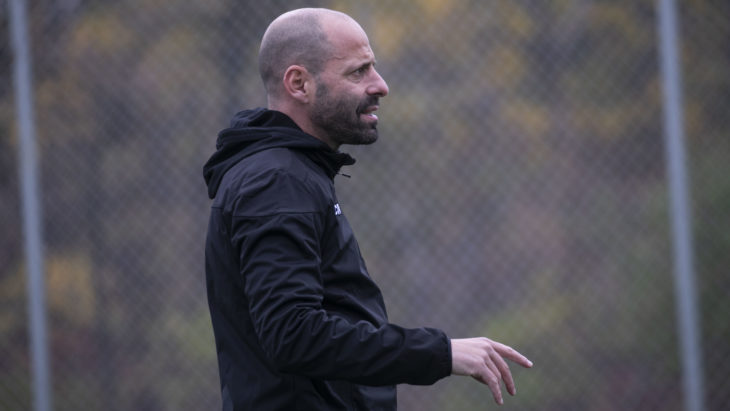 “It was clear in my head that I needed to be simple with the guys and consistent. That’s what I’ve done,” Dos Santos said. “It’s easy for coaches… Game 1, OK, we lose. Game 2, you lose. It would have been easy for me to move things around and shuffle my ideas, but it was certain in my head that I didn’t want to do that because it only brings more confusion to the players.

“I’ve been very steady, very coherent, in my message to make it easier for the players We tend to complicate the game as coaches and I think it’s important to understand that it’s the players receiving the message, not the coaches.

“When you’re building an identity you touch upon many things,” he added. “If a team wants to start consistently winning games you need to focus on little details, the details that are often overlooked. The guys have had a chance to look at past errors. It’s hard to recreate those situations in training because they can happen in many forms and they’re never the same. What you try to make sure is you bring a concern to the player as much as you can so that they understand there’s areas on the field where you can’t make mistakes and there’s areas on the field where you have a bit more freedom.”

What Valour needs now while continuing to work on tidying up their defending is more finish at the other end. The squad has scored two goals only twice in its last 14 matches – in a 3-nil win over FC Edmonton in late August and in a 3-2 loss to Pacific FC five days later.

Missing leading scorer Austin Ricci, the club still managed to generate a number of chances in the last two matches, but has only a Moses Dyer goal – on a penalty – to show for those opportunities. 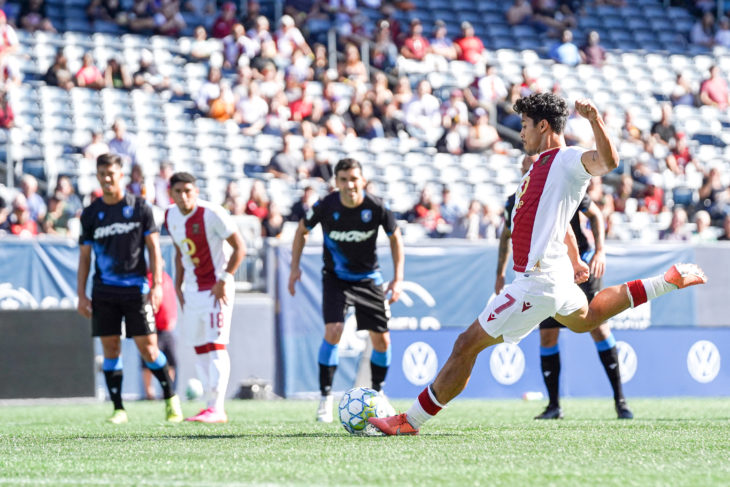 “It’s still a part of our game we need to improve,” said Dos Santos. “As a coach you’re more concerned when chances don’t come, but unfortunately when they do come you do need to finish them and it can’t take you five or six chances to score one goal because if that’s the case you might have games where you don’t have those five or six chances.

“So, positive we are creating those chances, but now we need to be better in front of goal. We need to have better instincts.”

Dos Santos has another objective while working on the objectives of the here and now: instill his own guidelines and rules so that they are in place beyond 2021 and irrespective of whether or not this team makes the playoffs.

“A lot of coaches will tell their players, ‘We need to be more intense in this situation’, but the coach has very little intensity about how he goes about things,” he explained. “Or, ‘We need to be more responsible here and there’, but then they show up in their day and there’s very little responsibility where they allow too many things to happen that shouldn’t happen.

“For me it’s always about structure and discipline and about passion. So, if you are asking that of the players and the staff you need to be the first one to follow those rules and principles. I learned that early in my career and I actually take pride in that.

“We’re all human beings. We all come from situations that could be difficult. But when I get into this office in this stadium I want to be the guy that will inspire and motivate and keep a perspective on things when things aren’t easy. I always want to be looking for the next level, where we can improve and where we can grow, how can we help the organization grow.

“That’s my way of being and that’s why I think I’m in the job. That’s how I want people who step into this office every day to think.”