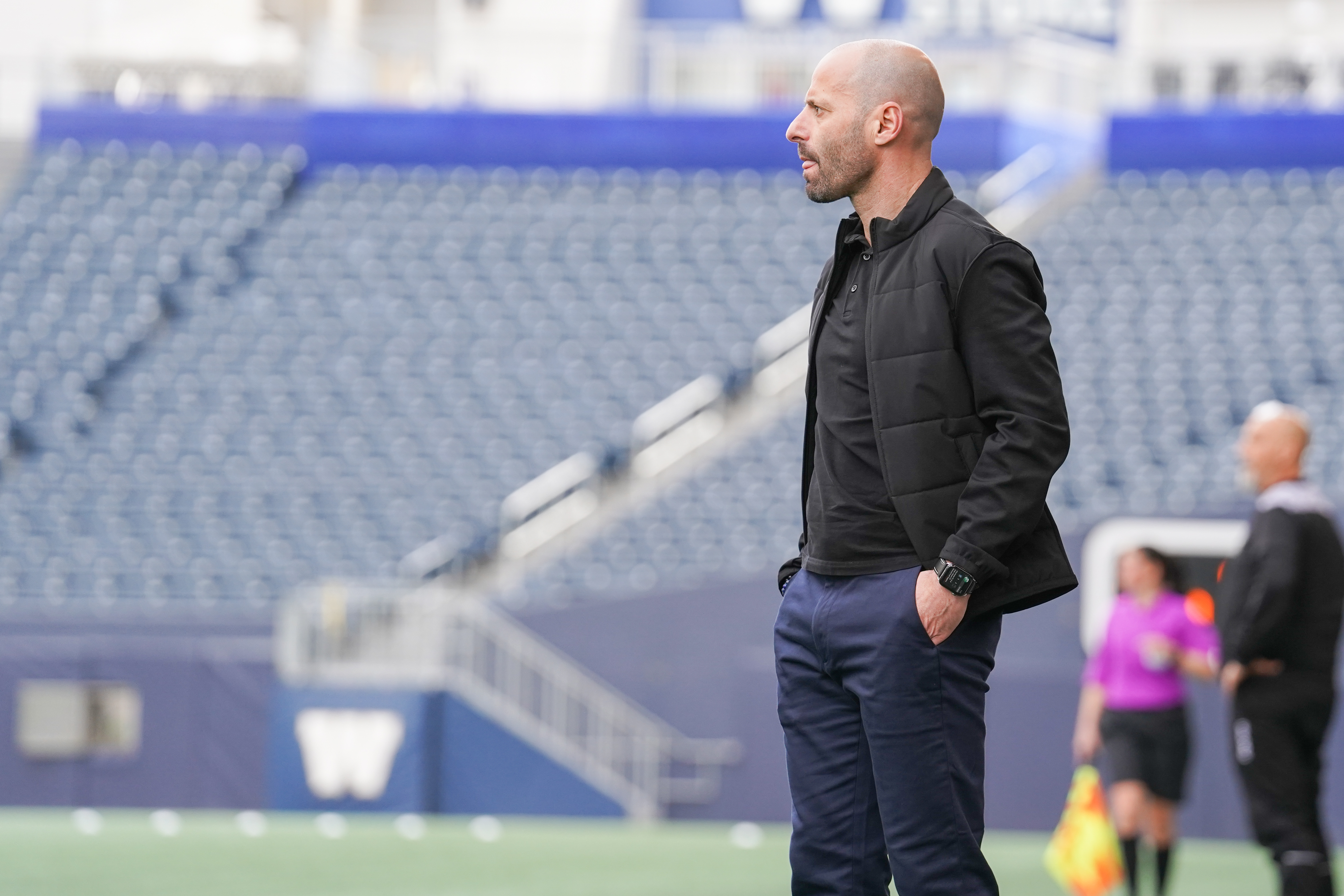 The list of Valour FC franchise firsts over four years of the Canadian Premier League club’s existence includes a collection of rather memorable moments.

First match and first win against Pacific FC in May of 2019… first goal by Stephen Hoyle in that game… the first home date in front of 9,699 at IG Field… Dylan Carreiro scoring the first goal by a Manitoban… to the six goals scored in a win over Ottawa in the spring of the 2022 season to so much more.

While the result wasn’t what was desired, the club also made history back on May 10th of this year in a 2-nil loss to the Vancouver Whitecaps in the Canadian Championship and Valour’s first-ever meeting against an MLS team.

That match comes in at #4 our Top 5 stories in our Valour Year in Review, not so much because of the score line, but because of what the night represented for a squad trying to build an identity both in Winnipeg and Manitoba, but also in Canada and internationally.

Just to add some spice to the matter, it was a homecoming of sorts for Valour GM and head coach Phillip Dos Santos, who worked with the Whitecaps for three years as an assistant under his brother Marc before they were relieved of their duties in 2021. It also marked the return of left back Brett Levis to Vancouver, who signed his first professional contract with the Whitecaps and spent 2014-19 with the club.

“It’s my first Cup game as a head coach. It’s a knock-out game,” Dos Santos said prior to the match. “It happens that it’s against a team where I spent three years, so it’s going to be exciting. But, at the end of day it’s another soccer game.

“I know I have to be there and at the beginning of the process there’s going to be handshakes and re-encounters. But I know how this works: once the whistle is blown it’s just going to be a game that I have to coach. It’s still a little bit of a David vs. Goliath. For us to get something out of that game we’ll need to be very, very good. That’s the responsibility we need to approach the game with.”

Valour opened the match on the front foot, pressing the home side in the first 15 minutes. But the Whitecaps made Valour pay for two glaring errors, scoring in the 18th and 22nd minutes on goals by Russell Teibert and Ryan Raposo.

“We made some changes coming into the second half and the second half was a lot better,” said Levis after the match. “For a lot of these (Valour) players, this was a big stage, this was one of their biggest games. We have a lot of young players on their first professional contracts coming from university and now they get to see guys that are $10 million transfer fees.

“There was a bit of nerves in the beginning, but I thought we settled in a lot more in the second half, but it’s obviously not the result we wanted.”

One of the most intriguing and lasting stories to emerge from the game was the play of Valour goalkeeper Rayane Yesli. With Jonathan Sirois out of the lineup – the CPL’s top keeper in 2021 and a loanee from Whitecaps MLS rival CF Montreal was unable to play due to contract stipulations – Valour turned to Yesli, the untested 6-foot-7 giant who was the club’s top pick in the 2021 CPL U-Sports Draft.

Left alone on the two markers, Yesli did flash his skills in his Valour debut and would then earn a ton of work in the rest of the season. Yesli appeared in nine regular season matches for Valour, back-stopping the team to four clean sheets while conceding just eight goals.

“Rayane needs games, right? It was his first official game for the club. I felt he did well. I know there’s elements in his game – moments in the game and managing his distribution – where I know he’s better than what he showed today. But goalkeepers need to play, and it was good for him to come here and have a game with a very high level of difficulty.

“He’s someone that was drafted by the club and playing in the premier league of Quebec last year and now he’s here playing a Canadian Championship game in the home of an MLS team. I thought he did well, and they were encouraging signs.”