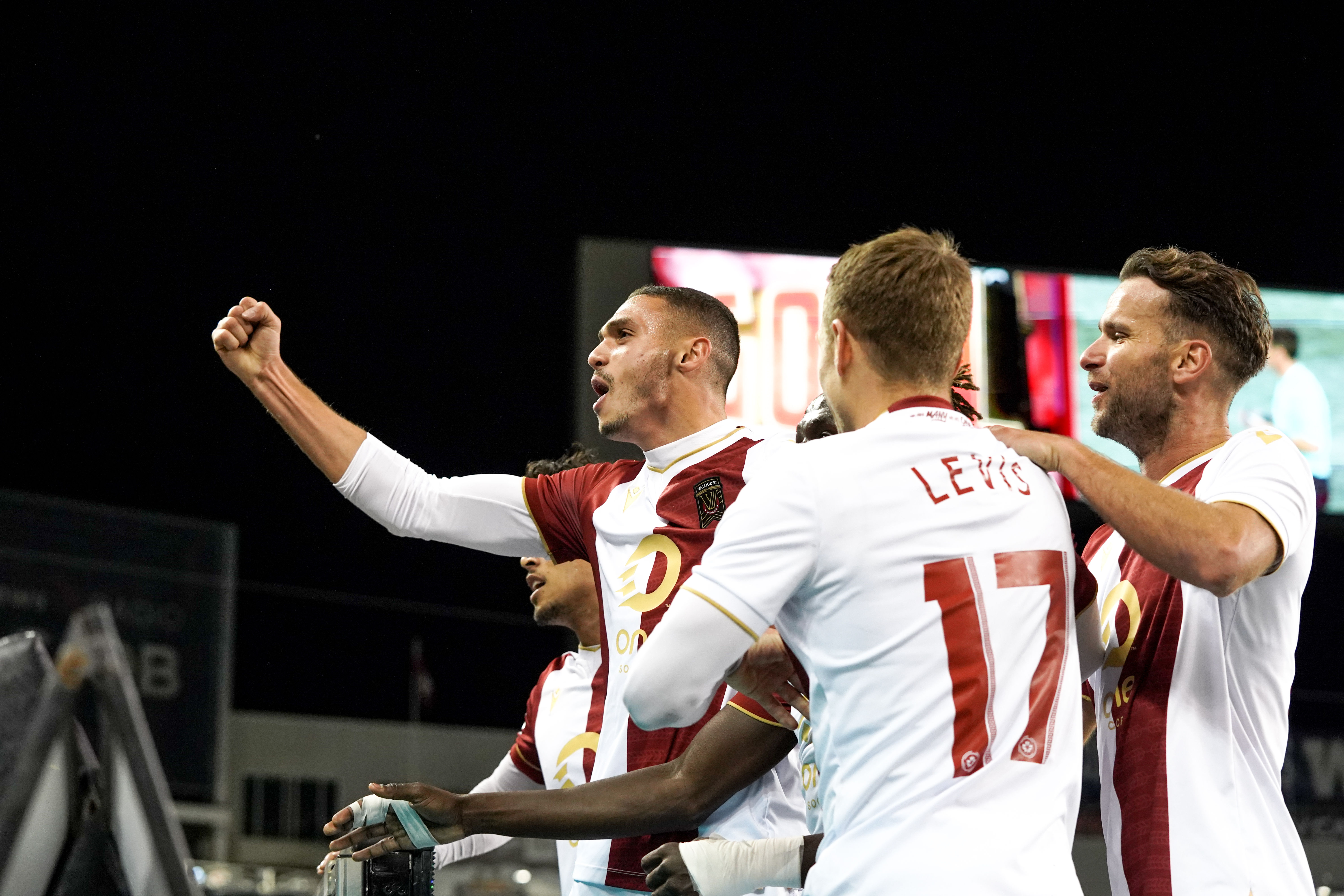 The wins, draws and defeats, the dramatic highs and soul-crushing lows from Valour’s 2022 season have long been chiseled into stone. And the club’s faithful can certainly attest the year didn’t conclude with a dramatic and heart-warming Hollywood finale.

Yet, given that time has passed to let the wounds of missing the Canadian Premier League playoffs heal – at least, a little bit – there is good cause to look back at the fourth season of Winnipeg’s professional soccer squad and pick out some notable moments worth revisiting in our annual Year in Review.

And to begin our five-part series we rewind to two occasions in particular – a marvellous spring day in the nation’s capital and then a team-record win streak that temporarily breathed life into the push for the playoffs.

The first came back on April 24th in what was just the club’s third match of the season and following a draw in Edmonton and a loss at Pacific to open the 2022 campaign. Facing an Atlético Ottawa side that had opened with two straight 1-nil wins, Valour didn’t just pick up its first win of ’22, it did so with authority in a 6-1 victory.

The six goals set a franchise match record – as did the 20 shots – and helped create a buzz heading into what would be the club’s home opener – a nil-nil draw with Forge FC.

Valour opened with a penalty kick marker by Moses Dyer – who would later add another – and also saw Alex Riggi score twice, along with Rocco Romeo and a goal-of-the-year candidate from Brett Levis.

SIX for @ValourFootball vs. @AtletiOttawa and it’s ANOTHER #CanPL BEAUTY 💥

Seriously, what is with this league!? BANGERS. ONLY.

“It was nearly to perfection,” said Valour GM and head coach Phillip Dos Santos after the win. “I’m extremely demanding, so I know that when I go back and watch the clips and videos, the guys know it’s not going to be all flowers. There are going to be things for us to grow in. But now we have to enjoy and just breathe a bit and let’s go for our home opener. I just want us to stay grounded. I want us to understand that we have a blueprint and the day we deviate from that it’s going to be difficult. That’s going to be the challenge I’ll bring to the group on a daily basis.”

Valour would then fall into a nasty stretch by the end of May, going through a five-game spell that yielded just two draws against three losses before settling into a four-game unbeaten streak with three wins and a draw.

The club would play its best football in a seven-match chunk from August 3rd-September 4th in what was the most dominant run in franchise history which featured five wins and a draw against one defeat. That not only vaulted the club into a playoff position but had everyone involved believing the postseason dream was about to become a reality.

It didn’t work out that way, as a late-season tailspin saw the club go winless in its last five matches with four losses and just one draw and eliminated it from the playoff picture. And it was the words of veteran defender Stefan Cebara on the heels of the 5-1-1 stretch proved to be all-too prophetic.

“There’s no room for error,” he said. “If we think we’ve achieved something right now it’s definitely the wrong mentality. We need to take every game like it’s our last one.

“We’ve beaten every single team in this league and so just making the playoffs now is a pessimistic mentality. If we’re going to be in the playoffs, we have to think we’re going for the championship. I don’t want to say any of that yet because there’s lots of work still to be done.”

And it was work ultimately left unfinished.