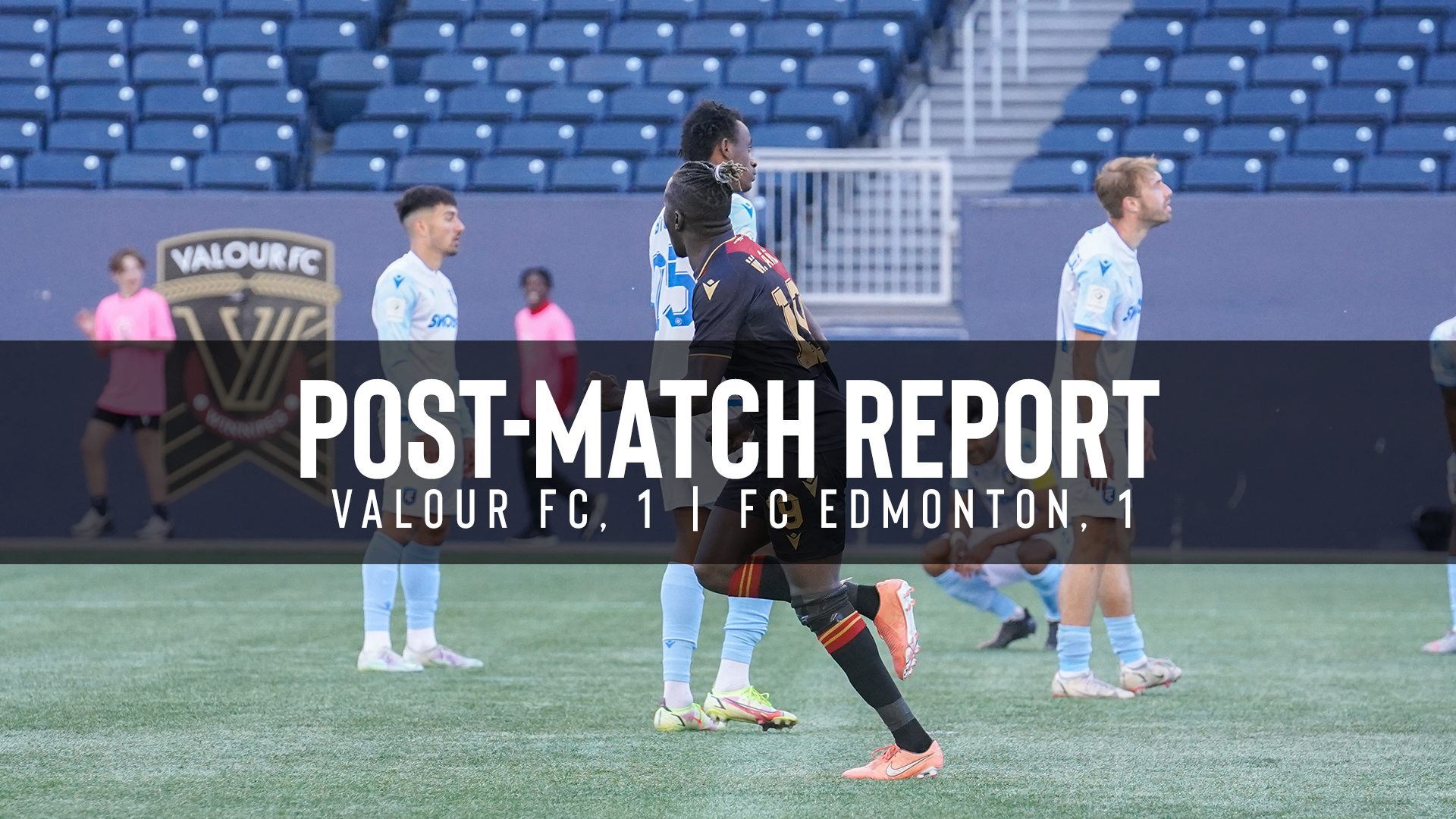 Call it a stroke of brilliance in a critical moment for Valour FC, and it was painted by one of the club’s brightest stars.

William Akio headed home a Matthew Catavolo cross to the goal line near the end of extra time – the 94th minute, to be exact – to help Valour earn a point in a 1-1 draw with FC Edmonton Sunday afternoon at IG Field.

The result leaves the club’s record at 2-4-3 – two wins, four draws and three losses —  good for 10 points and sixth place in the Canadian Premier League standings, one point out of a playoff spot.

Akio’s flash also prevented Valour from being the first team to lose to Edmonton this year, as the Eddies record now stands at 0-4-6.

GOAL 🎖️@ValourFootball get their 94th-minute equalizer vs. @FCEdmontonNow as Willy Akio delivers the point by putting a stamp on the ball with this clear header 📫

UP NEXT is our #CanMNT show, FREE on YT ▶️

“I’m happy I could get my goal and get my confidence back up, but obviously the three points is what I wanted,” said Akio. “That’s a big one point. We’ve just got to build off the positives and move forward.” 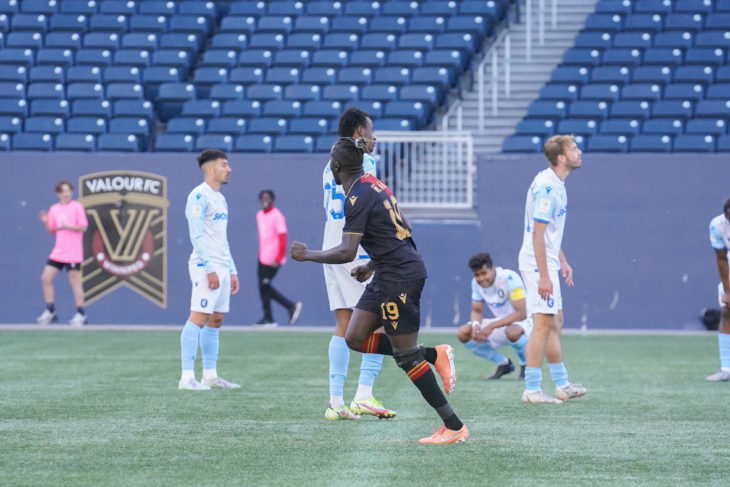 Valour dominated much of the play in the match with 65.7% of possession, five shots on target and 1.83 expected goals. But it was Edmonton which opened the scoring on a superb goal in the 32nd minute as Gabriel Bitar’s perfect through ball was finished by Mamadi Camara.

The Eddies then tightened even further defensively, oftend frustrating Valour’s attack – until the 94th minute.
“We’re going to need to learn and grow in these type of matches,” said Valour GM and head coach Phillip Dos Santos. “Now it’s three or four times at home where teams have allowed us to stay on the ball like that.

“We just need to work and make sure we find solutions in those moments. The good thing is we found a goal and we were able to secure a point. I look at it and nine games and we lost three… we need to have more in the bank. Draws are… you still lose two points out of them. The thing is it’s easier to work when you don’t lose, than when you’re losing matches.

“… It’s frustrating,” he added, later. “We wanted the three points… that tells me what our ambitions are. We secured a point, but we’re not happy. This is an ambitious group. Again, a very close game, a very tight game and it seems that in all these tight moments the result is never in our favour.

“We need to turn this around. The good thing is this: we’ve played nine and even in moments where we’re not quite happy to not lose many or get on a losing streak. That’s important emotionally and it allows us to work a little bit better and the locker room knows that.”

Akio’s goal was his first of the season after he posted eight a year ago – second on the club and among the CPL leaders. He had been creating a lot of chances so far this season, but his finish at the end of the match will be a boost to him and to his squad, which needs him to be a difference maker.

“Attacking pieces, they always want to score, they always want to contribute. It’s normal. We all expect this,” Dos Santos said. “But, again, I say this: Willy is a player that is strong when he plays in open space. He’s someone who is successful in transition moments – running at players, running behind players. 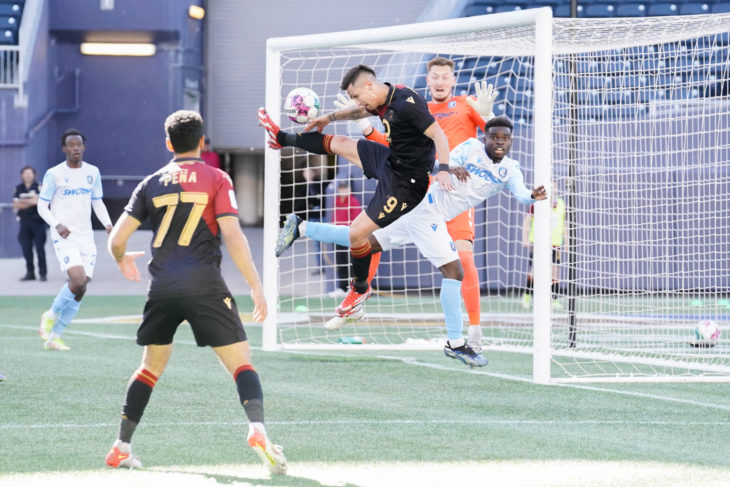 “When you play against teams like Atlético, it’s their identity sitting a bit deeper — Edmonton is the same – you don’t have that space. Willy’s next level will be to become more effective playing in tighter areas. Willy is ambitious and if he wants to succeed at another level, it’s the part of his game where he’s going to need to grow. I’m happy he got the goal because now he can work with a bit of the weight lifted off his shoulders. It’s, ‘OK, you’ve got the first out of the way… let’s go.’

-Valour welcomed dominant defender Andrew Jean-Baptiste back to the lineup. He played 79 minutes in just his second appearance of the season before being replaced by Stefan Cebara due to cramping.

“Every time you get guys of experience on the field, guys of quality, guys that will help you on in many situations of the game, it’s important. AJB is a very powerful influence in the locker room. You need leaders on the field.”