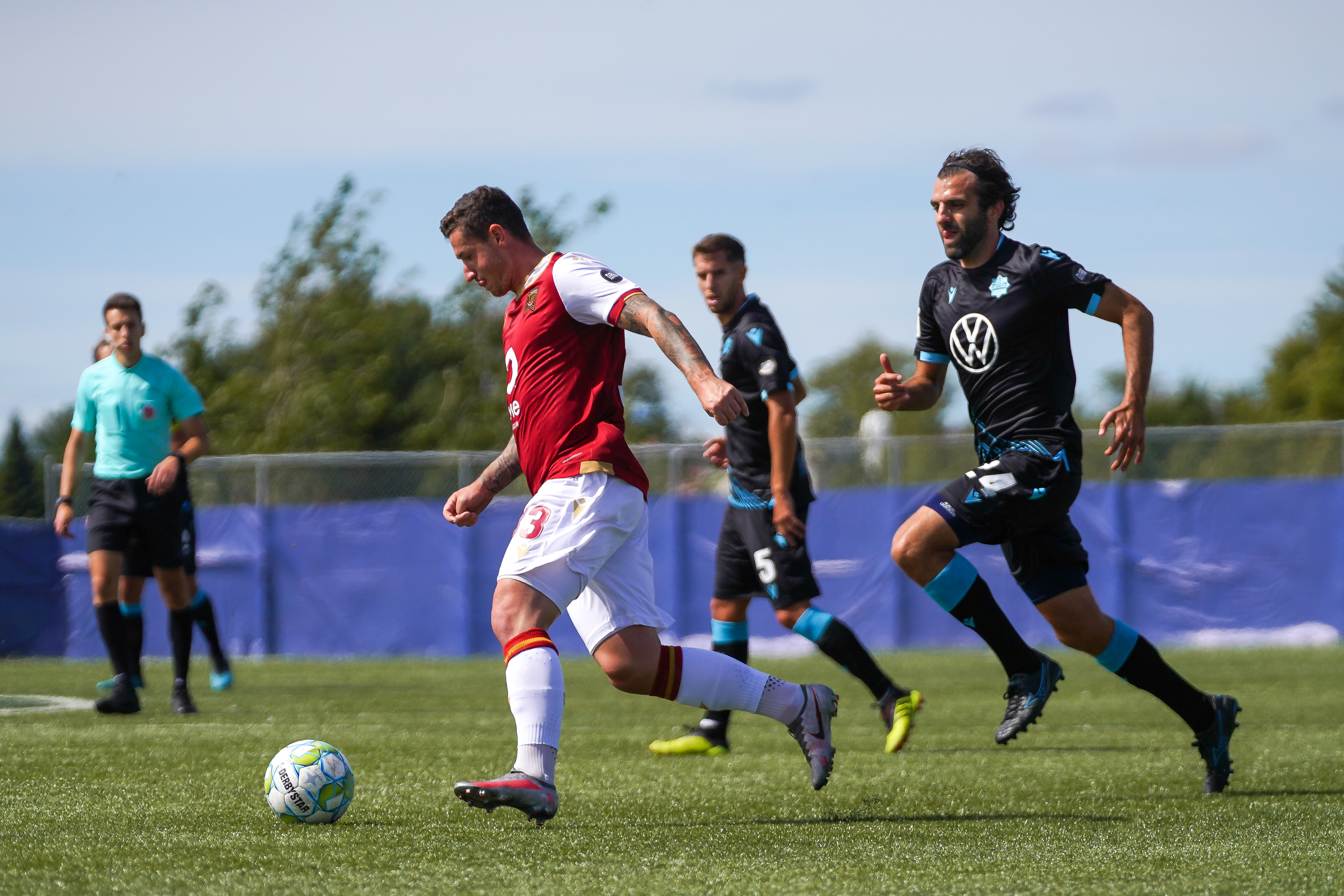 Bust out the lucky charms, Valour FC army, for the squad needs some hope, some prayers and a minor miracle now to advance at the Canadian Premier League’s Island Games.

Valour FC fell 2-nil to HFX Wanderers Wednesday afternoon at UPEI Alumni Field in Charlottetown and the result has moved their chances of advancing to the second stage to the critical list.

“We’ll welcome all prayers,” said Valour FC GM and head coach Rob Gale after Wednesday’s loss. “The football gods were not on our side today.”

And that, in a nutshell, just about sums up perfectly what happened against the Wanderers. Valour FC found itself down 2-nil at the half despite having 64.2 per cent of the possession, having earned five corners and out-shooting their opponent 7-3. 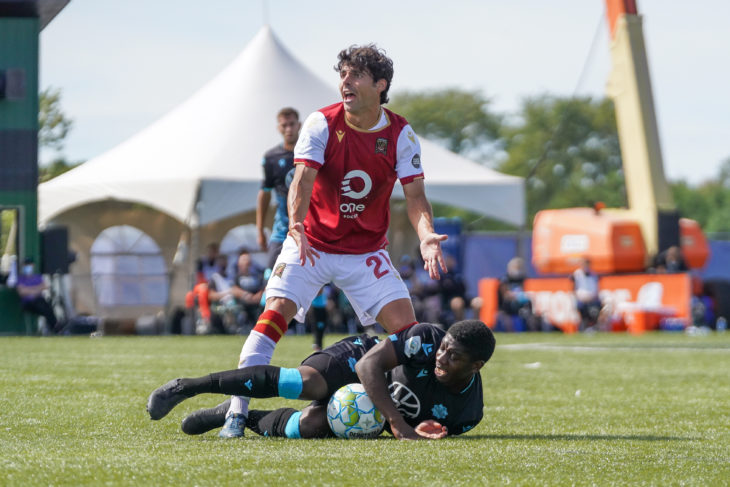 HFX opened the scoring in the 36th minute and completely against the flow of play when Alex De Carolis had his free kick from just outside the box deflect off Raphael Ohin’s backside and past Valour keeper James Pantemis.

Just four minutes later Stefan Cebara, clearly struggling with a bad hamstring, played an awkward ball back to Chakib Hocine that wasn’t handled well, leading to a break for Corey Bent who tucked a shot just inside the post for the second goal.

“What… about 66 percent possession… more than that before the goal… seven shots to their three and to then come in (to halftime) 2-nil down, we’re just scratching our heads,” said Gale. “A soft foul, a deflection and then a mistake that I think was caused by a little hamstring injury to Stef at the time.”

The loss leaves Valour stuck on seven points with two wins, a draw and now three losses. As a result, they remain on the outside looking in as one of the four clubs that would advance to the next stage at the Island Games.

Valour FC wraps up their First Stage with a Saturday afternoon matinee against the defending CPL champions needing a decisive win and help from other squads in order to survive. 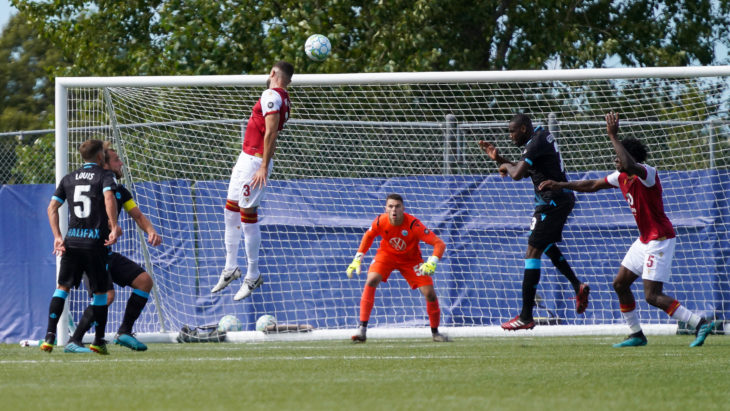 To make matters worse, in addition to the Cebara injury – he was substituted at halftime – Valour lost its best player in centre back Andrew Jean-Baptiste in the 12th minute. His replacement, Chakib Hocine, also couldn’t finish the game after suffering an apparent hamstring injury. And there’s more: Hocine’s replacement, Federico Pena, was red-carded in the 88th minute on a hard challenge that was certainly worth a yellow, but questionable as to whether it was worthy of an ejection.

Those injuries not only impacted who might have been available for Gale to come off the bench for an offensive spark in the second half, but could leave Valour very thin on the back line for Saturday.

In the meantime, there’s also a concern about the finish up front –  as improved as its defending has been in this tournament, Valour FC has now been held off the scoresheet in four of six matches.

Asked if there was an element of bad luck to that, especially given the chances on against Wanderers, Gale said:

“There’s an element of bad luck to that because you have to make three defensive substitutions, so that’s unfortunate. You can’t write for that script. Other than that, it’s just a little bit of quality in the final third and putting a chance a way. We had a couple of bounces and, again, you need a break.

“What did they do to score? One deflection off a way and a breakaway off a mistake. I don’t think there was any difference in the attacking qualities of either team, I think we were the better football team throughout in terms of possession. But that evolution is to test their keeper more.”