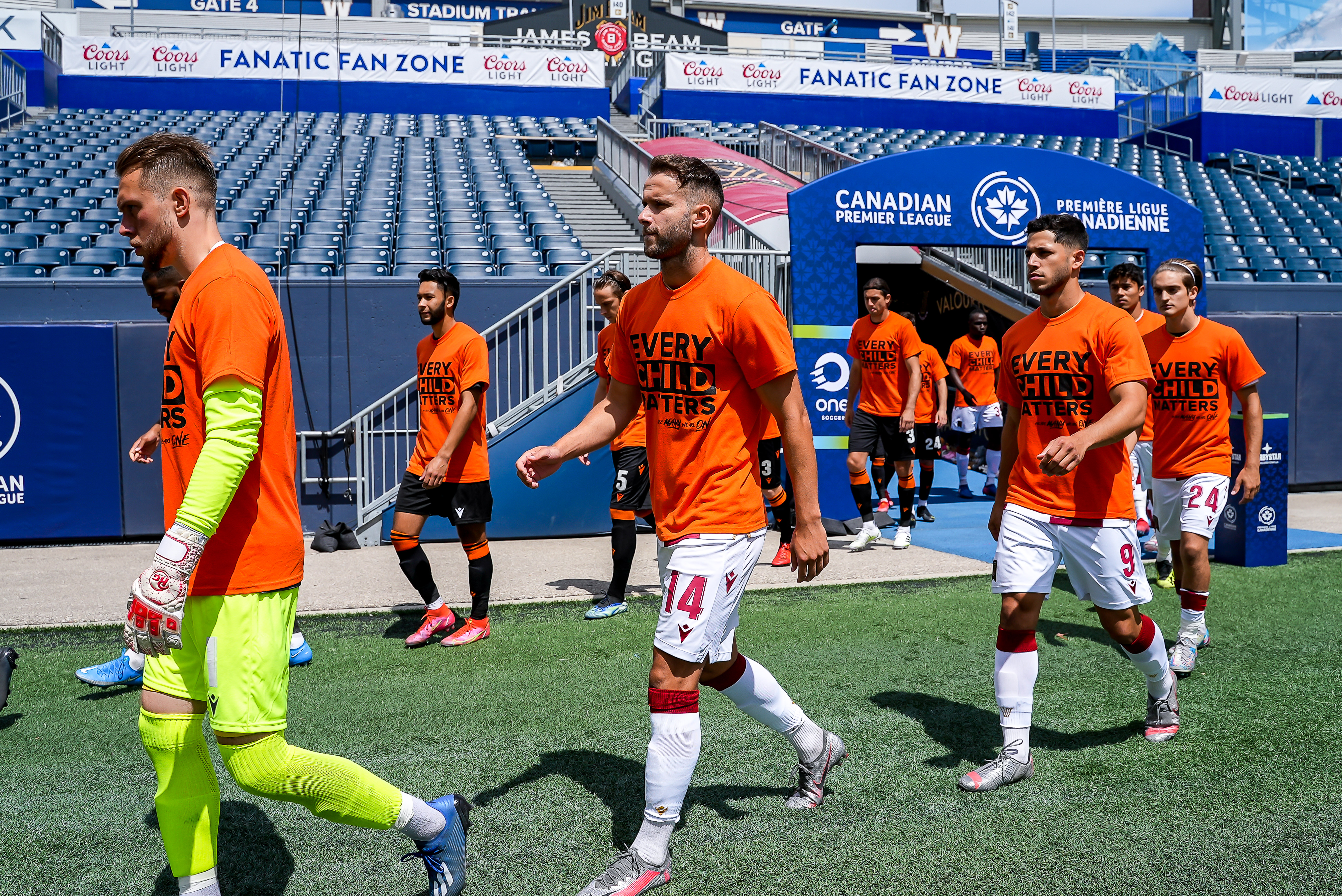 Sometimes it’s the smallest things that teach a coach the most about his squad. It’s not always about the stuff on the pitch or in the film room, but what happens away from training.

And so it was for Valour FC GM and head coach Rob Gale while studying his team’s reaction to its first loss of the Canadian Premier League’s Kickoff event at IG Field in Wednesday’s 2-1 setback to York United FC.

There was the usual cursing and frustration that comes in those moments immediately afterward. But Gale and the coaching staff also liked what they’ve seen in the days since that and leading up to Sunday’s match against Forge FC (12:30 p.m. IG Field) – the signs of maturity that were occasionally absent in the franchise’s inaugural season in 2019.

“It was there after the first win as well – there wasn’t any hooting or hollering,” Gale said Friday in his pre-match media Zoom call. “There was just a quiet calm about them and it’s on to the next game. It’s the same after a defeat, you have to have that about yourself. There’s definitely not that fragility that we talked about (previously).

“There’s a good underlying vibe. Look, they shook off the defeat quite well… I think after breakfast the next day the spirt in the room was good. They’re an enjoyable group to be around every day and you can sense that and I think they’ll take that on to the field game to game.”

Valour has three wins and a loss in its four matches and remains alone atop the CPL standings heading into weekend action. Forge FC, the two-time defending CPL champs, dropped their first two matches but have since cranked out 3-nil and 2-0 nil wins.

Valour opened the scoring against York United, but failed to turn any of its possession into real scoring opportunities. The club had 60.1 percent possession in the second half, but none didn’t register a shot on target.
“It’s got to be possession with a purpose and more end-product,” said Gale. “That was the big take-away from us. We got it into some decent areas… obviously we were a little bit unfortunate, there was an offside call, the free kick and also the last play of the game where (Stefan) Cebara won a header and Willy (Akio) almost went through. Some things didn’t got in our favour, but we’ve got to be better and create more off of that.

“We’ve addressed some fundamentals in our game model that need to be improved that weren’t just quite firing on Wednesday night,” he added. “And then take that ball and use it to hurt the opposition more. That will be the big change. If you have the ball you have to do something with it… it has to turn into end product and chance creation.”