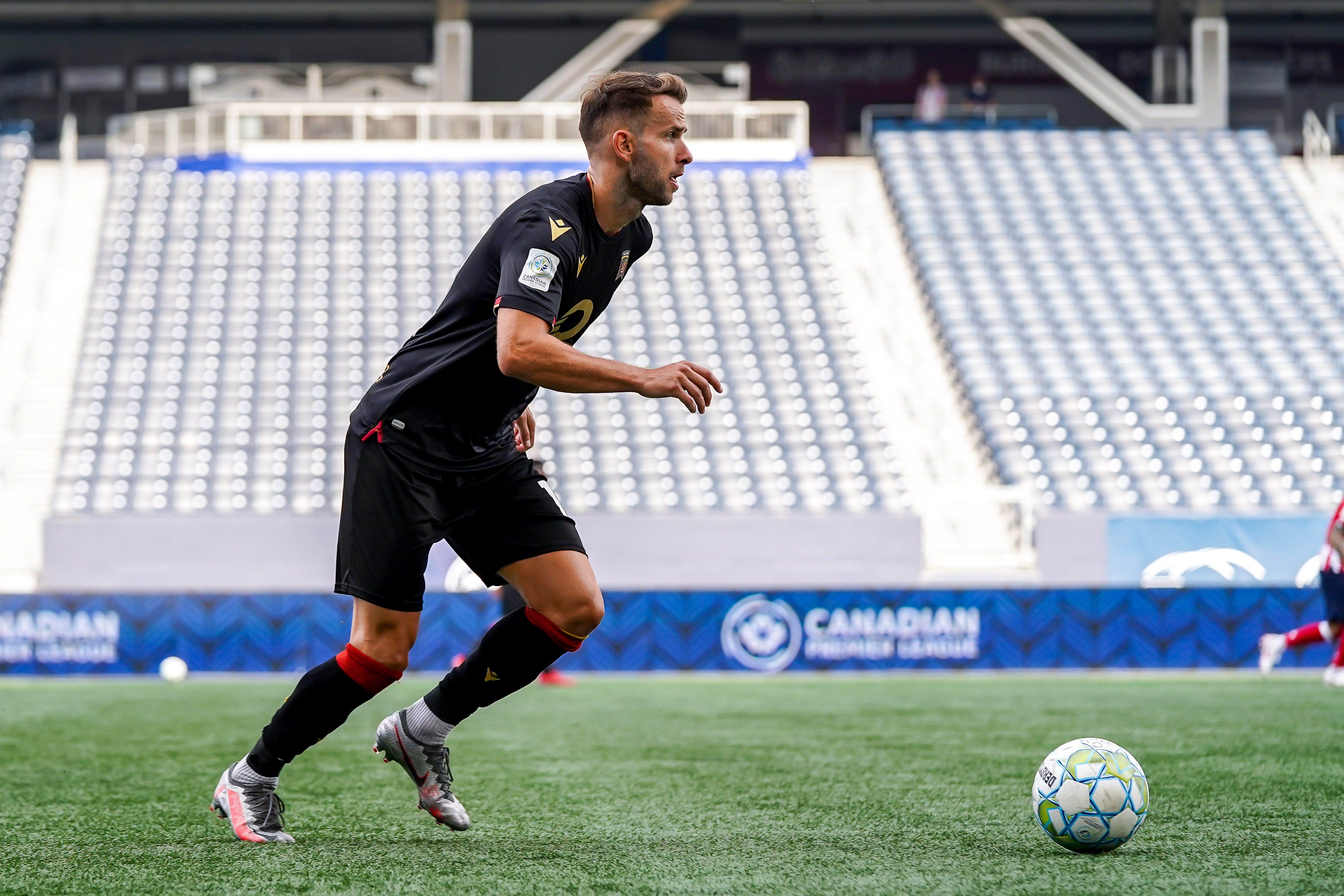 It’s a transformation that hardly happened overnight for Valour FC.

Yet the evidence – good evidence, obviously, when a team is atop the Canadian Premier League standings – is now becoming more and more evident every day and with every match.

It was certainly there on full display in Valour’s last contest, a 1-nil win over Atlético Ottawa last Thursday that had been trending toward a scoreless draw. But in the critical moments late in the match Valour found that something extra and emerged with the ‘W’ courtesy a Moses Dyer penalty-kick goal in the 84th minute.

And if you’ve followed this squad since its early days in 2019, that transformation – from a team that shrunk in those moments to one that now shines – is one of the most-intriguing CPL storylines.

Valour GM and head coach Rob Gale spoke of it after the Ottawa — this team’s overall maturity, toughness and togetherness that has it grinding out wins and handling the complexities of being inside the CPL’s Kickoff bubble.

“It’s mentally fatiguing, it’s physically fatiguing… people under-estimate how difficult a bubble situation is,” he said. “You need the camaraderie in the group, you need everybody pulling together and fighting for each other to get through it and hopefully grind out results.”

Valour FC is back at it again Sunday afternoon against York United FC, the only squad that has bettered them through a 5-0-1 start.

“Every match until the finish right now is going to be a grind, so we have to go into every game with the same mentality to get as many points as we can,” said defender Stefan Cebara. “It’s been hard in this heat, but we have that grit.”

What separates this Valour FC squad from the inaugural season, aside from the overall talent and depth, is a collective maturity along with a mental and physical toughness. That was a massive part of the rebuild heading into the Island Games last year and has only been added to further with the addition of more experience from Keven Aleman, Andy Baquero and Rafael Galhardo.

“I’ve heard stories about the first year and there were a lot of younger players,” said Cebara, who joined the club last season. “They made the adjustment from that year to what we had in the Island Games to have more of a balance between the young and experienced players and that’s rubbing off on everyone. We’re mentally where we need to be.

“That’s the mentality with the players they’ve brought in over the last couple of years: we’re not satisfied with getting a point out of games. For us, a draw is not much better than a loss. We’re going in with the mentality – and that’s the whole team, the collective – that we’re winners. Nobody would have been happy the other day with a draw or with a draw going forward. We’re here to try and win every single game and we’re going to fight until the end to try and get a result.

“We’re not a team that’s going to sit back and settle for one point.”

The road is still long for Valour, entering just its seventh of 28 matches on Sunday. There will be the daily grind, but the eyes remain fixated on building to the end of the season, too.

“There’s only one objective here and that’s to win a championship,” Cebara said “The first step is to make the playoffs, but I can guarantee every player in here is eyeing the championship, not just making the playoffs.

“That mentality is growing every day and with every win we’re getting closer and closer to getting a spot in the playoffs and then competing for a championship. That’s what’s on everybody’s mind.

“It’s an amazing atmosphere right now within the club. Everybody is doing their part, from the starters to the bench. Everybody feels involved and everybody feels wanted by the coaching staff.”