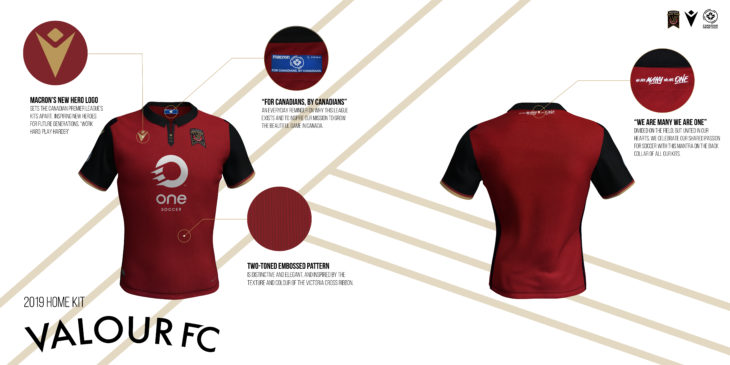 They are as important a component to a team’s identity as a style of play, the crest, and the players themselves.

And if the reaction to the unveiling of Valour FC’s first-ever uniform from fans and players alike at an inaugural kit launch event at a jammed TYC Event Centre at Canad Inns Polo Park Thursday might is any indication, Winnipeg’s new Canadian Premier League squad has scored its first goal.

And it’s a dandy.

“They’re gorgeous, absolutely gorgeous,” said Valour FC defender Jordan Murrell. “I love the black and the maroon. These are Valour colours to me now and we can’t wait to represent them.”

The soirée was part of a league-wide kit reveal for all seven CPL teams and, not surprisingly, Valour FC’s new look was greeted by a rowdy cheer. Designed by international sportswear company Macron, the kits feature the club’s black and maroon colours, the club’s crest and the logo for ‘OneSoccer’, the new home for Canadian soccer under the league’s broadcast partner, MediaPro.

The home kit is a two-tone maroon, inspired by the colours of the Victoria Cross ribbon as part of a tribute to Leo Clarke, Frederick Hall and Robert Shankland – the three men from Pine Street, renamed Valour Road in 1925, who each received the honour for their acts of bravery during World War I. The home jersey features black sleeves and black collar and will be matched with white shorts and maroon socks. 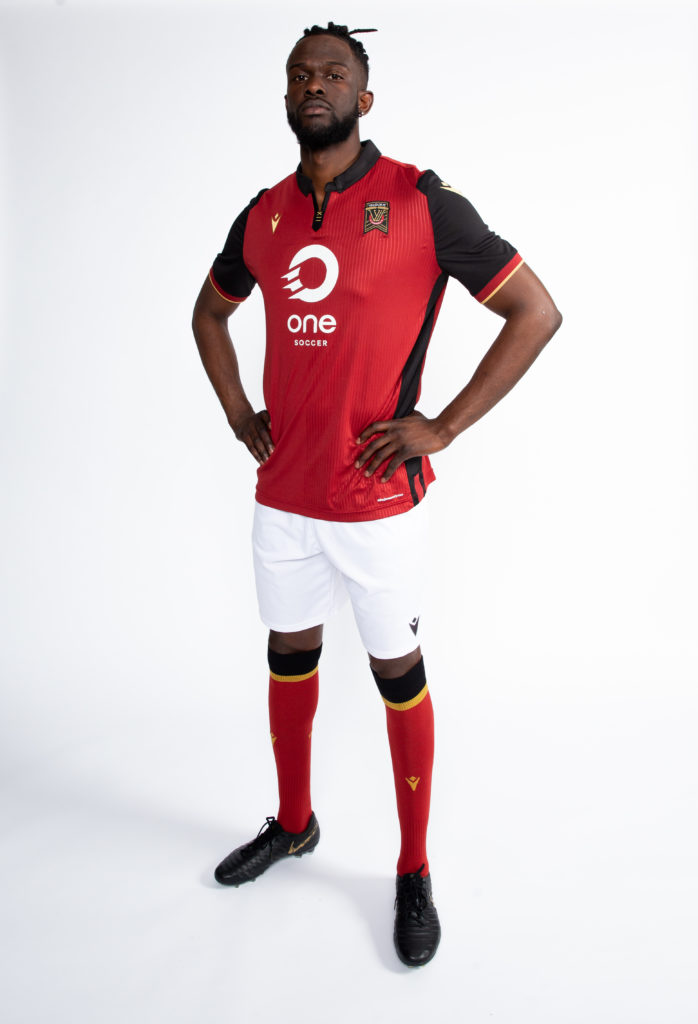 The road kit is black, and is accented with what is described as a ‘maroon gradient’ across the chest. The back also features a subtle Valour FC ‘V’ and the look is completed with black shorts and black socks.

The keeper kits, always unique to the main uniforms and modelled Thursday by Tyson Farago and Matthias Janssens, are bright green and bright yellow.

Macron’s design for all seven teams means the CPL is one of the few professional circuits to have custom-made kits for their entire league.

“To me, they’ve found a really good mix. I would rank Valour’s kits first of all those across the league, with Edmonton’s second and then Halifax. What I really like is the colour scheme… it’s unique, and it differentiates Valour FC from the other teams in the city.” 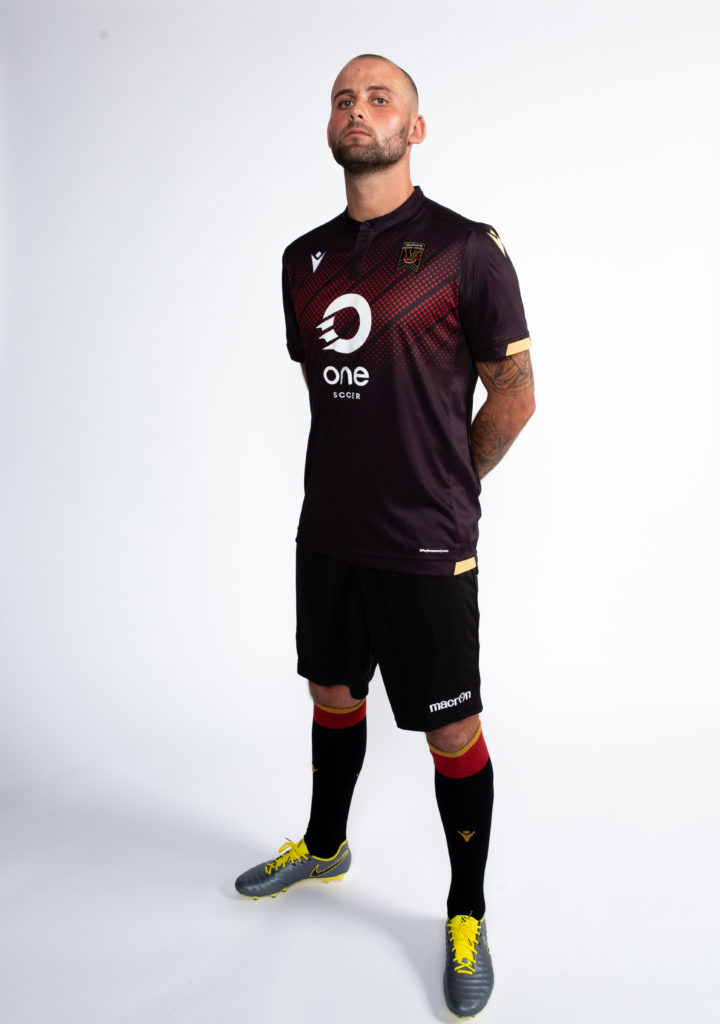 Valour FC players got their first look at their new kits after training Thursday afternoon, as Murrell and Dylan Carreiro modelled the home and away uniforms in front of the team in their dressing room.

“That was fantastic and when I saw the players’ reactions it was great,” Murrell said. “There were a lot of whistles when we walked in… most of the guys weren’t sure what was happening, but were sure excited when they saw them.

“And As I said to them, ‘It’s time to win some games in these beautiful jerseys with this beautiful badge.’

Just as an FYI to Valour FC fans eager to get geared up in the new kits, both the home and away jerseys will be available at the Team Store at Investors Group Field and at www.valourfootball.shop later this month. The jersey retail for $119.99 (men’s),  $109.99 (women’s) and $99.99 (youth).

Valour FC opens their inaugural CPL season May 1st in Victoria against Pacific FC with the first-ever home match May 4th at IGF vs FC Edmonton.