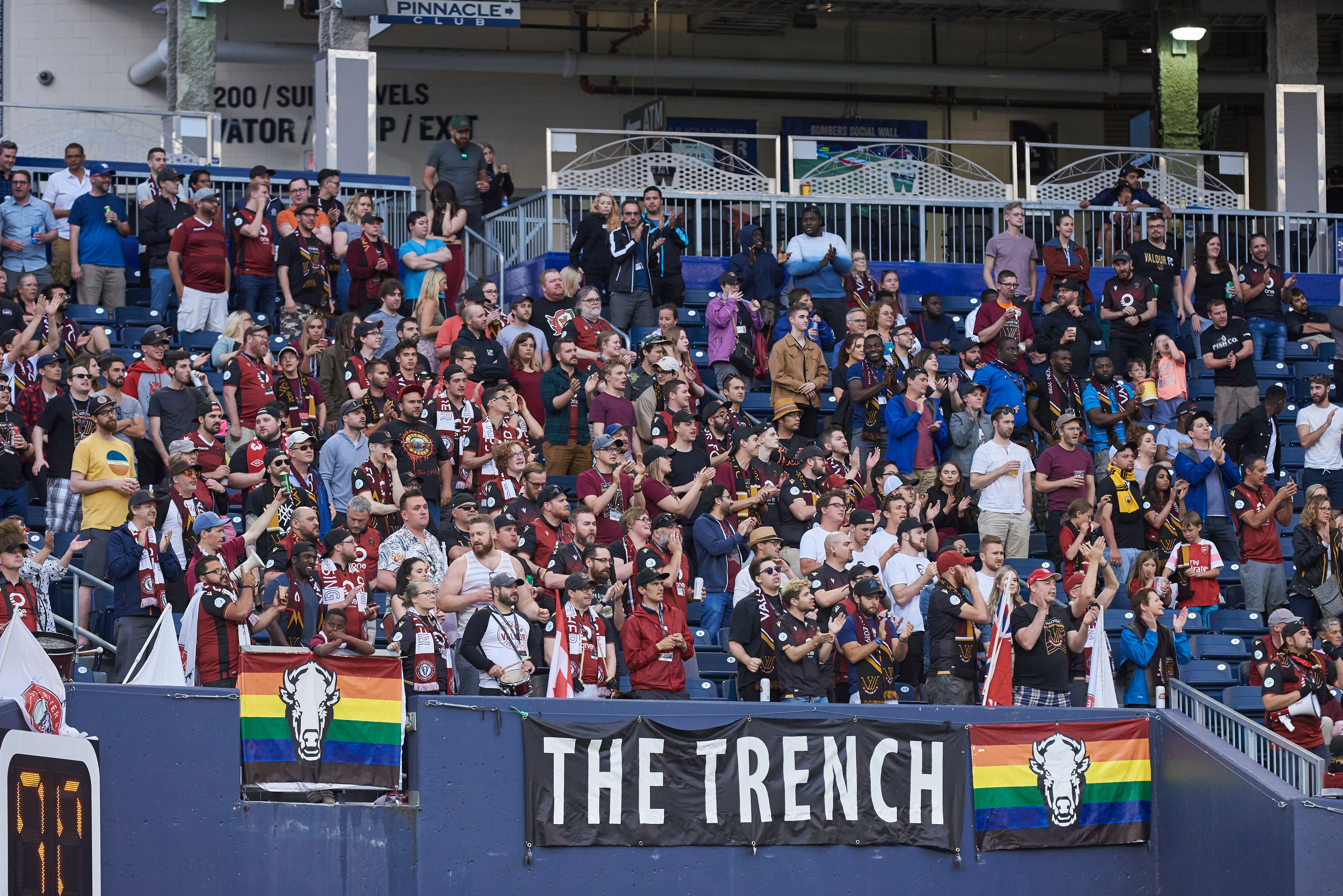 It was not long after Mike Friesen and his buddies had settled into their Valour FC seats for the first time when they noticed the commotion just to the right of them.

Actually, ‘commotion’ only begins to describe the scene that unfolded in ‘The Trench’ at every Valour FC game in the Canadian Premier League’s inaugural season. There the club’s diehards had quickly gained notoriety for shouting, cheering and singing throughout the whole match, no matter the score.

And almost instantly Friesen & Co. knew they wanted to experience every second – and every decibel — of life in The Trench.

“I’m a diehard Winnipeg sports fan who loves the Jets, the Goldeyes, the Bombers and Valour,” began Friesen, as part of our feature various members of Valour Army. “We actually bought our first tickets next to The Trench.

“We thought it sounded cool, but wondered if the angle of the seats in that section would be bad. After five minutes of sitting in our seats we went over and stood in The Trench.”

So much of what we enjoyed – perhaps even took for granted – has been lost in the last year as the Coronavirus grabbed hold across the planet with deadly consequences.

Now, as the vaccines are rolled out and we begin longing for a return to normal – whatever that might look like going forward – one of the first things on Friesen’s to-do list is to get back in and amongst Valour’s most-dedicated fans and to sing, cheer and laugh again amongst friends.

Oh, but first things first: Friesen and his wife Arielle are expecting their first child in June.

“I was just joking with another Valour friend of mine – we’ll be the guys in The Trench with our babies there wearing their headphones,” he said with a chuckle. “I haven’t cleared that with my wife yet, but it will happen.

“I can’t wait for it, to be honest. With our baby on the way I want to be cautious and reasonable, but you can barely hold me back right now. I’m so looking forward to it. It’s great to be with people in your household right now or close friends or people from work, but (The Trench) is such a good way to capture community with other people from your city.

“It’s just my opinion, but I think Valour is the best thing going on in the Winnipeg sports scene. And I go to it all, I’m a fan of it all.”

Now 35, Friesen grew up west of Winnipeg and attended Sanford Collegiate before moving on to the Canadian Mennonite University, where he earned a degree in social sciences. It was while there that he began working for his hockey coach and his lighting company.

A few years later, he bought the company – Lights Unlimited – from his coach and has built it into a thriving business that does residential work, but has also helped provide the lighting at The Zoo, The Forks and at the Legislature for Manitoba 150.

Friesen was first drawn to Valour FC because of the novelty of Winnipeg’s newest pro sports franchise. He and some friends had also decided to get season tickets as a tribute to their friend Thomas Epp, who had passed away suddenly around that same time.

“He was a guy we always loved to go to games with and he was always the life of the party,” said Friesen of Epp. “He was just a great guy and total strangers just loved having his energy around.

“We thought this would be a way to carry on his memory and his energy.”

A member of a men’s choir – the Riel Gentlemen’s Choir – Friesen said he likes to ‘lead from the back and push the limits on keeping a song going for too long.’

And as much as he soaked up every moment in The Trench, he quickly grew to love the game and the quality of play.

“I never really played soccer growing up, but I love Valour. They’re my No. 1 during the summer,” he said. “Yes, part of it is because they are new, but I also really appreciate the game of soccer. Plus, I really love the fan experience. I love just getting together, the chants, the singing… riding the bus from the King’s Head with their owners. I mean, it’s $5 for the bus ride and you get a pint when you get back to the bar. That’s a great experience that I don’t know where else you can get. 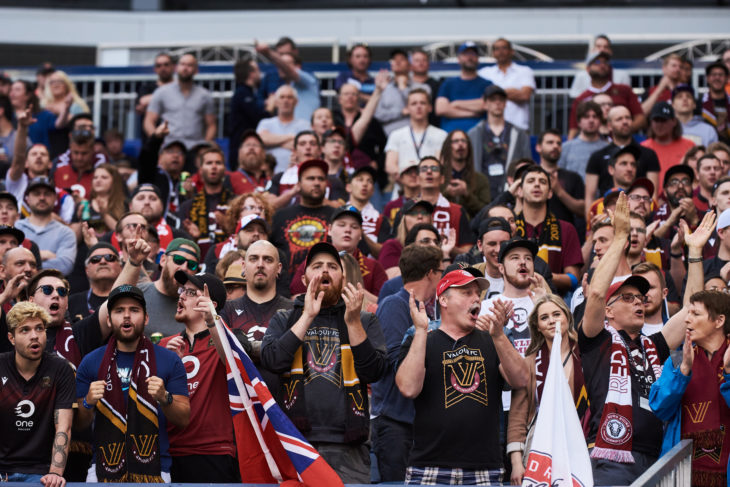 “I remember we ended up at Smitty’s after a game and a couple of old timers came down and bought us some beers. They recognized our Red River Rising scarves and said they wanted to thank us. It was, ‘Hey, you guys made that feel like a real soccer game.’ In that stadium the sound echoes and makes it feel louder and that’s part of what makes it such a fun experience for everybody.”