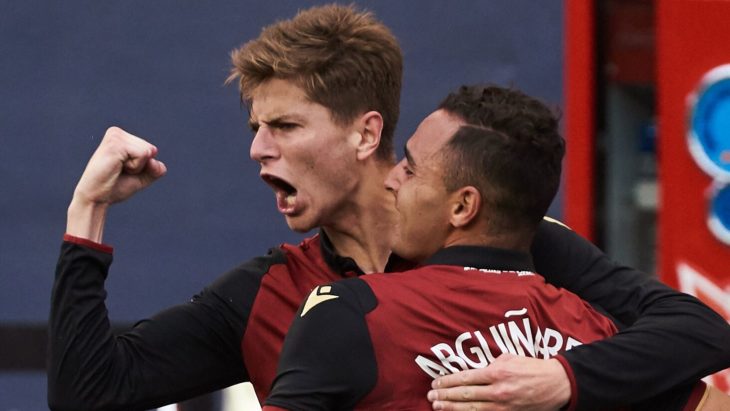 Rob Gale and the gang at Valour FC are looking for a few good men.

The Canadian Premier League club will be holding open trials Wednesday and Thursday this week at Winnipeg Soccer Federation South with 100 invitees in attendance.

And the goal here is simple: to uncover a diamond in the rough – following the same script as the Tyler Attardo story leading into last season – who can then push for work at the team’s main training camp in March.

“We saw it in the first year,” began Gale, Valour’s GM and head coach. “We saw players who came in with fanfare who had been top players in semi-professional or amateur leagues who didn’t do so well. And then we’ve got people who came from nowhere or were players who had flown under the radar, but once they got into this environment, they soared. We saw that with every club across the league.

“We get thousands of resumes, recommendations and videos. It’s important to let players peek into the window with an opportunity like this. Then let’s see if you can open the door and walk into the next stage of being a professional.”

Valour FC’s open trials featured over 200 attendees and delivered Attardo, the local product who ended up scoring six goals for the squad in its inaugural season. Just last week Attardo became the youngest player in the CPL to be transferred, moving to Chilean club Fernández Vial S.A.D.P.

The trial numbers were capped this year in order to give Gale and his staff a more manageable number to evaluate. There will be some returnees from the inaugural session in October of 2018, but plenty of new faces, too.

“We’ve had a ton of players reach out to us from across the country who were in open tryouts last year in different venues, people who have been to training camp with other teams last year and didn’t quite make it but feel they have the capability to play at this level,” explained Gale.

“First and foremost, this is a realistic opportunity and that’s important. All we did last year was games and that’s why we kept it smaller this year. We can now get around to work with the groups as coaches. We’ve got volunteer coaches coming in to run the stations. We’re going to look at some technical and tactical aspects and look at this as some teachable moments as well.”

The trials will also feature fitness testing and lunch-hour info sessions where the Valour FC message and core values will be reinforced to the attendees.

“We want everyone to feel like they understand what the level of play is, but also some of the demands and expectations of our football club and the culture we are trying to build,” said Gale. “It’s important we’re engaging players from the community that may come along.”

The sessions are the first step in the process of helping Valour FC round out its training-camp roster. Gale also indicated there is no limit as to how many players may advance to the next stage.

“We have some positional needs still to fill, so that will determine some of our decision making,” he said. “But it’s also just about talent. Once it gets down to the last three-four-five spots on a roster, versatility and talent are going to count a lot.

“The point is, they’re competing to come to training camp. At training camp you have players who are competing to train with the real squad. So, there’s still a couple levels to go beyond this. But if you can excel and be the best in tryout environment amongst 100-120 players then for sure we’ll say, ‘Ok, let’s see if you can take the next step.’

“Look at Tyler,” added Gale. “If you can excel at each step along the way then when you get into the squad then it’s a matter of trying to get into the starting 11. That’s the beauty of soccer and every sport: you’re competing each and every day.”