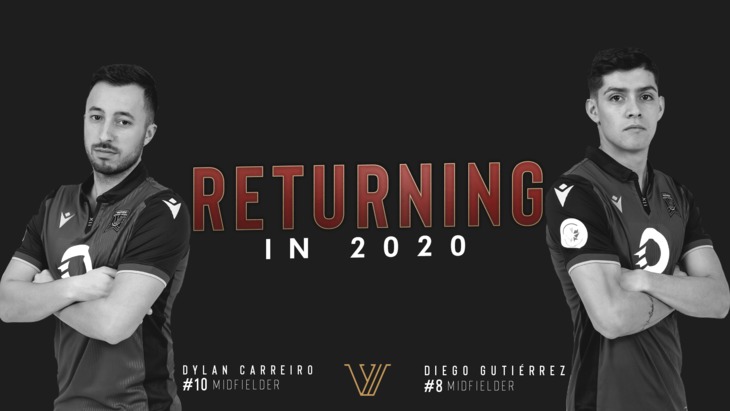 WINNIPEG, MB., January 16, 2020 – Valour FC today announce that the club has picked up the option on the contract of midfielder Dylan Carreiro, and Canadian midfielder Diego Gutiérrez will also return for the 2020 season.

Carreiro, 24, was selected by Valour FC with the first pick, second overall in the CPL U-Sports Draft on November 13, 2018.

In his first season with the club, the midfielder amassed 1,155 minutes in both league and Canadian Championship play. Carreiro scored the game-winning goal in the team’s first-ever match held at Pacific FC on May 1, 2019. In doing so, he also became the first Manitoban to score for Valour FC. He finished the season with two goals and two assists.

Gutiérrez, 22, joined Valour FC on March 3, 2019 from Palestino of the Chilean Primera Division. The midfielder recorded 1,695 minutes in all competitions, adding one assist.