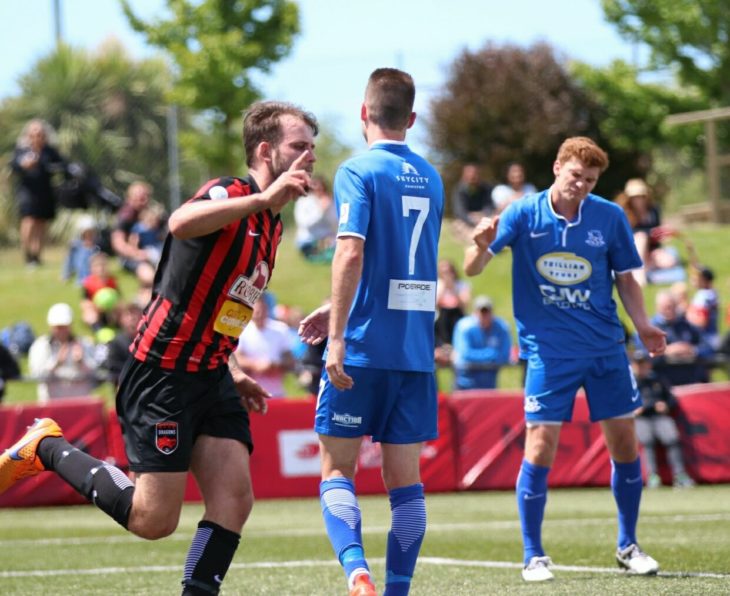 Hoyle, 26, joins the club from Canterbury United of the New Zealand Premiership (NZP) where he is currently wrapping up the 2018-19 season. The striker joined the Dragons prior to the 2016-17 season and has scored 31 goals in 54 games for the club. He was honoured with the Mainland Striker of the Year and Player of the Year awards at the end of the 2017-18 campaign.

“Stephen is a player that we were made aware of through scouting connections and contacts overseas, and we reached out to him early on in the process,” said Head Coach & General Manager Rob Gale. “He’s a proven goal scorer with a great work ethic to lead the line, and has a natural instinct around goal. He turned down other opportunities to come to Winnipeg, and we’re looking forward to his arrival.”

“I’m very excited about the opportunity to represent Valour FC next season,” said Hoyle. “Rob is a coach I really want to work with in a league where we can make history straight away, and in one of the most beautiful countries in the world. It’s a win-win for me.”

Hoyle started his career as part of the English Football Association Academy with his hometown club of Barnsley FC, and then joined the Doncaster Rovers where he was awarded a one-year scholarship to play with the youth team. He went on to attend the University of Stirling in Scotland and recorded 22 goals in 18 starts for the First Team.

His professional career then took him to New Zealand, where he played for a number of different clubs, including NZP’s Hawke’s Bay (2012-13) and WaiBOP United (2015-16), as well as the Central Premier League’s Napier City Rovers (2014-15). Hoyle was also the winner of the Golden Boot and named Supporters Player of the Season in the 2015-16 season.

Hoyle will join Valour FC in Winnipeg upon completing his season with Canterbury and will wear number 17.