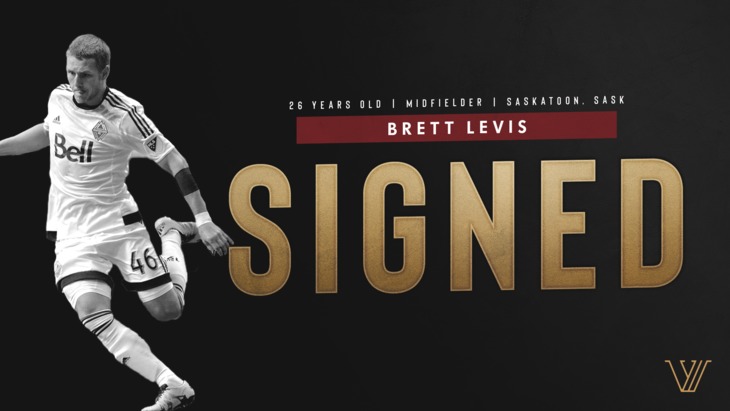 Levis, 26, joins Valour FC after spending the last four seasons with the Vancouver Whitecaps FC (MLS) where he made a total of 23 appearances, scoring 8 goals.

“Brett is a great addition to our squad, and we were fortunate to sign him as many clubs were courting his signature,” said Valour FC Head Coach & GM Rob Gale. “He is a vastly experienced player with great technical capacity and versatility in his game. As a native prairie lad, I expect him to be a firm fan favourite, we are delighted he has chosen to represent us.”

The midfielder played his college career with the University of Saskatchewan Huskies (2011-2014), and finished with 50 appearances, scoring 29 goals and adding 16 assists. In 2013, Levis also played one season in British Columbia with the Victoria Highlanders (USL League Two) scoring nine goals in 14 appearances.

In 2014, Levis signed with the Vancouver Whitecaps FC U-23 (USL), signing a professional contract with the club in 2015. Levis would go on to make his debut with the Whitecaps’ First Team in 2016, making his MLS debut against the Portland Timbers.

At the national team level, Levis was named to the 40-man provisional roster for Canada during the 2019 CONCACAF Gold Cup.