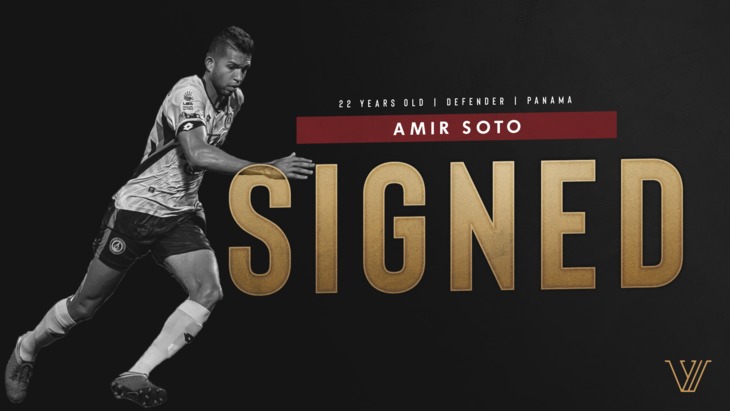 “We are delighted to welcome Amir to the club, he’s a player with great potential who has played with the Panama national team,” said Valour FC Head Coach & GM Rob Gale. “We look forward to having a player of his pedigree within the club.”

“I am very excited to be part of the Valour family,” said Soto. “I look forward to arriving in my new city, meeting my teammates and playing in front of the great fans there.”

In 2018, the defender signed with Ringkøbing IF (Danish Second Division) and then later that year was called up to the Panama senior team for a match against Venezuela.