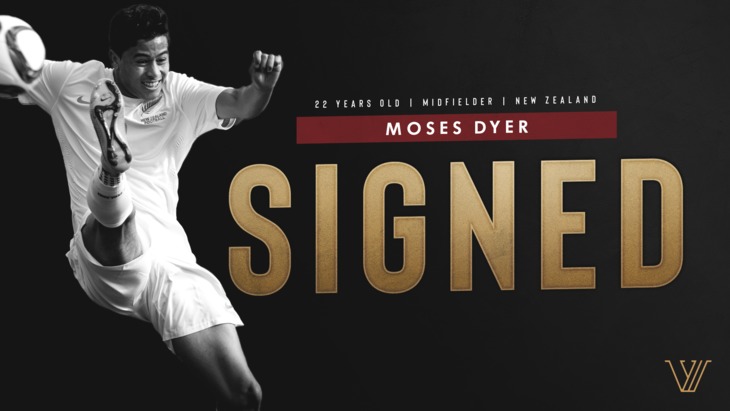 “Moses is a great addition to our attacking lineup for the upcoming season. As a senior international player he is vastly experienced for his age,” said Valour FC Head Coach & GM Rob Gale. “He can play in any of the front four positions. He is a robust number 10-style player that dribbles at opponents and makes things happen but can also handle himself physically with equal measure.”

In 2014, Dyer signed with New Zealand’s Wanderers SC (ASB Premiership), a team that features only players below the age of 20 and specifically designed to groom them for the country’s national team. He then signed with Eastern Suburbs (National Premier Leagues Queensland) for the 2016-17 season before joining Northcote City (National Premier League Victoria) temporarily, then returning to Eastern Suburbs.

In 2018, he signed with New Zealand regional club Manukau United and finished the season in Norway with Florø.