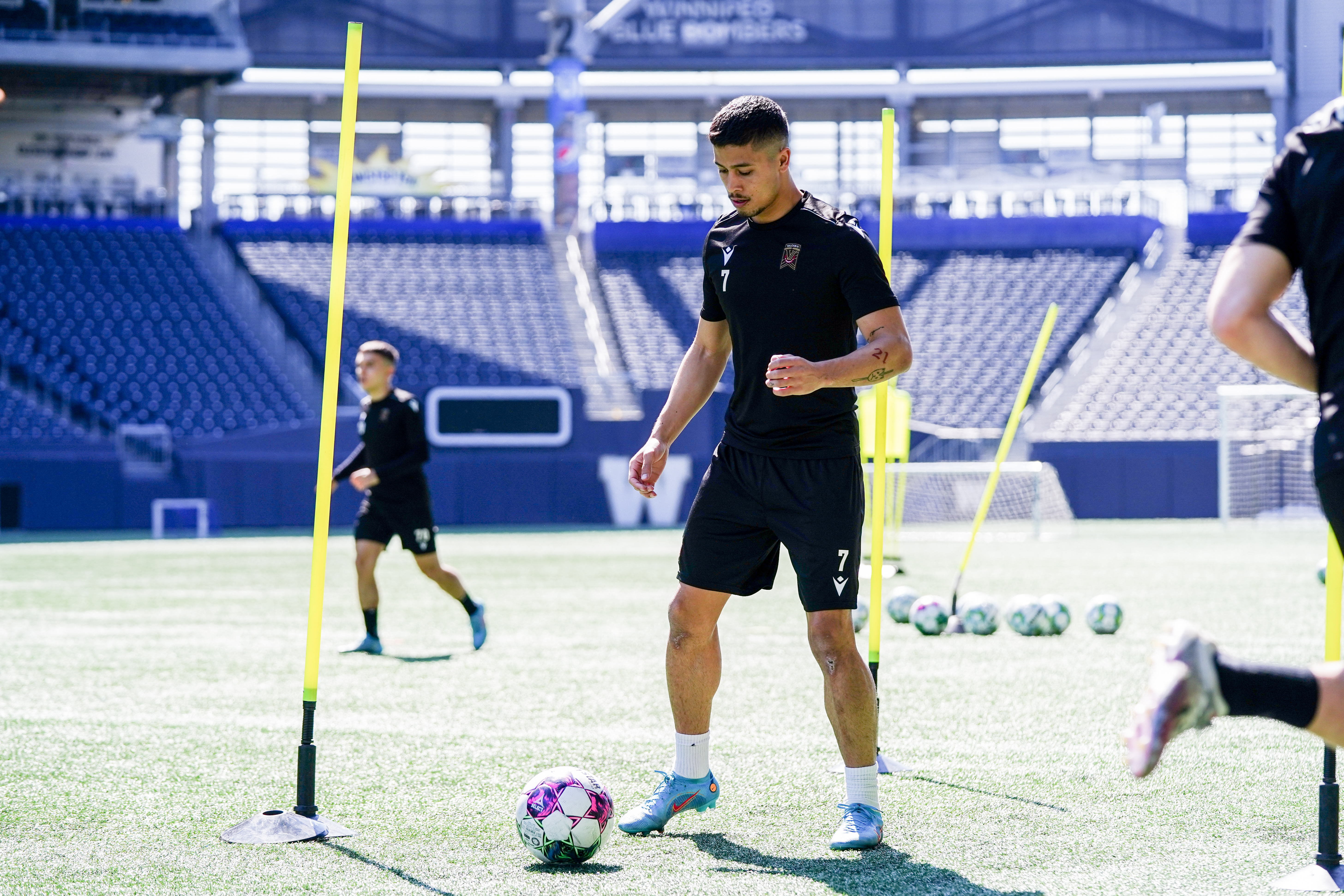 “We’re just ready for anything that comes for us, and so this Saturday is going to be massive.”
May 5, 2022

There’s a certain energy wrapped around a home opener in any sport, and Valour FC’s 2022 IG Field debut has all of that buzz and then some — albeit due to rather unique and unfortunate circumstances.

Last Sunday’s scheduled opener against Forge FC was postponed due to COVID protocol, making this Saturday’s match versus HFX Wanderers the first appearance at home by the club since October 26th of last season.

All of this is just another layer in what has been an all-over-the-map start for Valour with their first three matches all on the road and seeing them concede a last-second goal in a 1-1 draw during a windstorm in Edmonton, then playing a man down for about 60 minutes in a 3-2 loss at Pacific before a 6-1 evisceration of Atlético Ottawa for the first win over the season.

The victory should have provided some momentum for Valour heading into last week, before the COVID protocols led to the postponement.

“We went through a tough week last week,” said Valour GM and head coach Phillip Dos Santos after a bright and sunny training session at IG Field on Sunday. “Getting the bodies back and seeing the group starting to get back together in full increases the energy.

“And just being out here training in a setting that is going to be the same as Saturday is exciting. We could tell with the energy on the field… it was almost sometimes too competitive. But that’s good back to have to ask them to pull back rather than demand them to pick it up.” 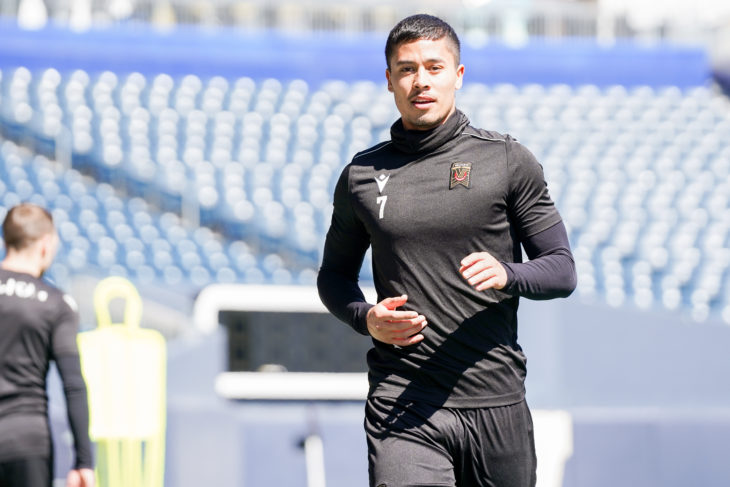 Moses Dyer, the veteran New Zealander and Valour’s top scorer, said Thursday that even with the long layoff the squad is still hoping to build on their performance against Ottawa, a match in which a club record was set with the six goals.

“The momentum is still there, for sure,” he said. “We’re here training every single day and the competitive natures… everyone’s fighting, some arguing (chuckles), but it’s good.

“It has been a big roller-coaster for us, but the way we’re training this week shows our mental toughness. We’re just ready for anything that comes for us, and so this Saturday is going to be massive.”

“When you get a bye week like that that is forced, you always wonder, ‘Are we able to pick it up right away?” added Dos Santos. “But the guys are good. It’s a high-energy group and I think we’ll be able to carry that momentum.

“After the warm-up, after coming out here and feeling the energy of the game pumping it will be back. I have no doubt.”

Valour was asked to isolate at home last week as part of the protocols. Goalkeeper Jonathan Sirois said he used the time to jog to keep his fitness and continued with the Spanish course he is taking by correspondence for his CEGEP degree. 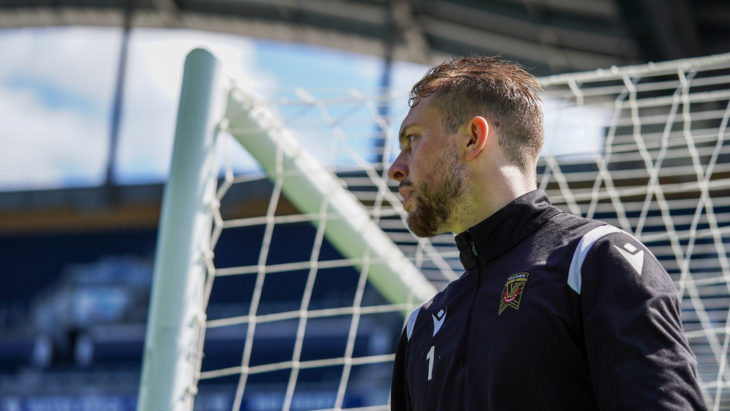 “I had some homework to finish,” said Sirois, who is studying human science. “The Spanish will be good, because there are a few guys here on the team who speak Spanish and also back in Montreal (with his parent club, CF Montreal). My girlfriend was here, too, so in a way the timing was perfect because she was able spend time with me.

“We have a very competitive group and in the last few days you can see everyone’s true nature come out. We work hard and then sometimes we go a bit crazy in practice and the coach has to rein us in a bit. But that’s a good thing. The guys have a good mentality.

“It’s been a very strange start to the season, and it can challenge you mentally, not only individually, but as a collective.”

-FW Willy Akio, MF Alex Riggi, MF Daryl Fordyce, D Johnny Esparza and D Andrew Jean-Baptiste did not practice on Thursday. Akio said afterward he was still hoping to go on Saturday and the same hope is there for Riggi and Fordyce.

MF Diego Gutierrez is back training, as is D Andy Baquero.

“Good team. A team that is coming off a win at home and also had to open the season with three games on the road, like us. They have a clear identity: they want to be on the ball and control the game on the ball. They have some good pieces that can hurt you if you’re not careful.

“It’s a high-alert game for us because these are teams that will be with us competing for a playoff spot all the way to the end. These are three points we need to get at home.”