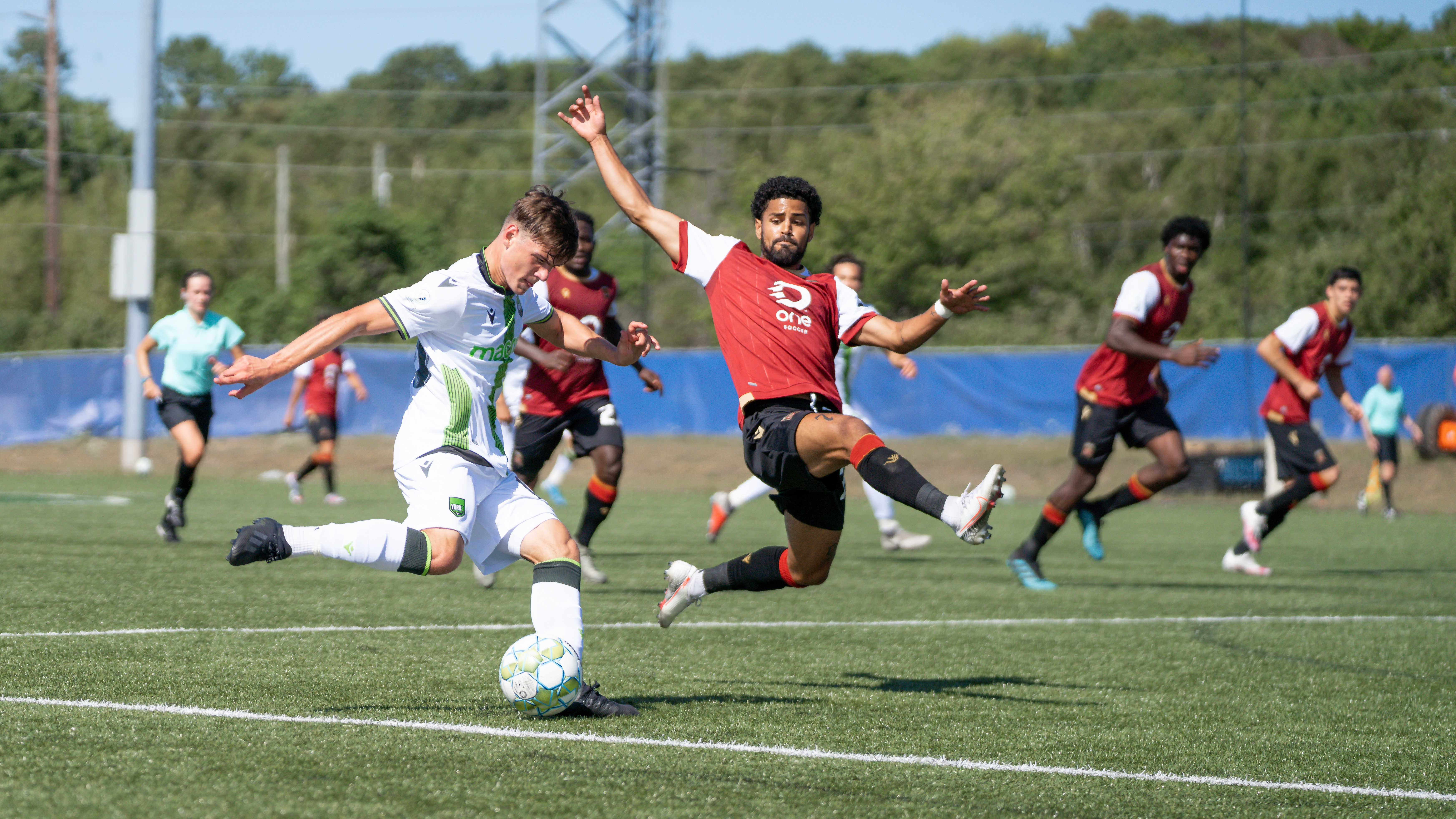 A clean sheet will always earn a hearty thumbs up from any football manager. And so back-to-back blanks likely means two thumbs up and size-large smile for Valour FC GM and head coach Rob Gale after Saturday’s 0-0 draw with York9 FC at the Island Games in Prince Edward Island.

But there’s another positive development that isn’t necessarily revealed on the black-and-white of the stats sheet: playing their third game in six days – all in the heat of the afternoon – Valour FC showed a resiliency in earning its’ fourth point that was often lacking last season.

And that could be massive in this tournament, with seven games jammed into a stretch between August 16 and September 5.

“It’s a slog,” said Gale. “This is a tournament that is going to be survival of the fittest. It’s like ‘Survivor’, we’re on an island and we want to keep ourselves in it as long as we can. 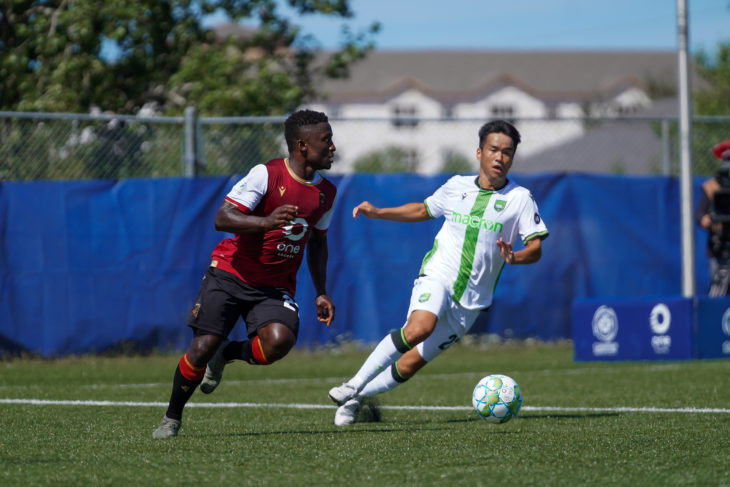 “But that’s where you say that resilience, that mental mindset comes in and I’m delighted, absolutely delighted with the boys and how they’ve responded and battled.”

Valour opened with the same starting XI from Wednesday’s 4-nil victory over Atlético Ottawa and was able to generate 11 total shots, with three on target. And while they could have been more efficient in the attack, the defensive results have been solid through three matches.

Valour has now conceded just two goals in the three games – the win over Ottawa, Saturday’s draw against York and a 2-0 loss to Cavalry FC in the opener – but one of those two goals came on a penalty kick.

“Once again our back line was solid, as we’ve shown throughout the tournament so far,” said goalkeeper James Pantemis, who has started all three matches. “We’re getting better and better, giving up less chances and just makes my life easier at the end of the day when they’re stopping all the opportunities and whether or not the other team gets a chance, they’re making it pretty simple for me to see it. We’re just going to get better and better as the tournament goes on and build that chemistry.”

York FC opened with some pressure, with two of its three shots on target coming in the opening eight minutes. They also had nine corners to Valour’s four, five of them coming in the first half.

But Valour’s two centre backs – Andrew Jean-Baptiste and Julian Dunn – were again exceptional, as were backs Stefan Cebara and Brett Levis, with Levis later replaced by Federico Pena after suffering an injury. 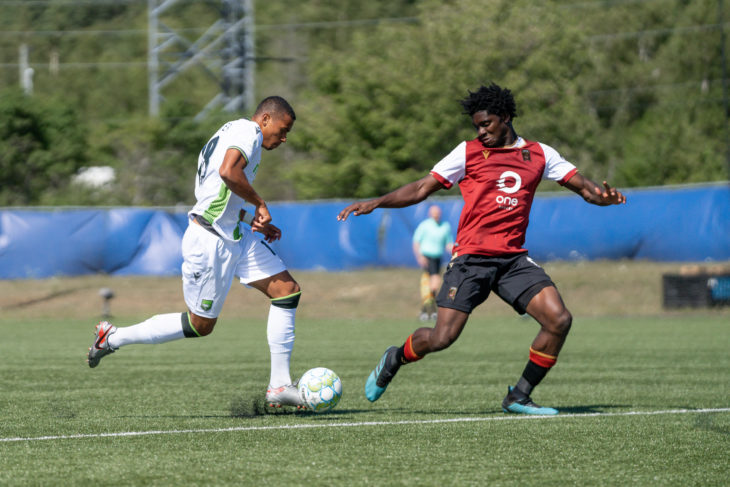 “I love it. I go up, Drew covers me. He goes up, I cover him,” Dunn told OneSoccer post game. “So, we have a really good partnership and more clean sheets are coming.”

The draw leaves Valour FC still very much in the discussion in the First Stage of the Island Games, where four of eight teams will advance after a seven-game round-robin.

Valour’s 1-1-1 record gives them four points and the progression and growing chemistry for a roster that underwent such a massive makeover in the offseason has been evident with each match.

“Not only our defence, but our team, we’re holding each other accountable for all actions,” said Pantemis. “That goes, again, for our back line which has been very, very solid. You can see more and more, especially me since I’m right behind them, the communication they give to each other. There’s always talking amongst ourselves and that’s very positive.

Levis, as mentioned above, was forced to leave the match in the 49th minute with an apparent hamstring injury. No other update was available afterward.