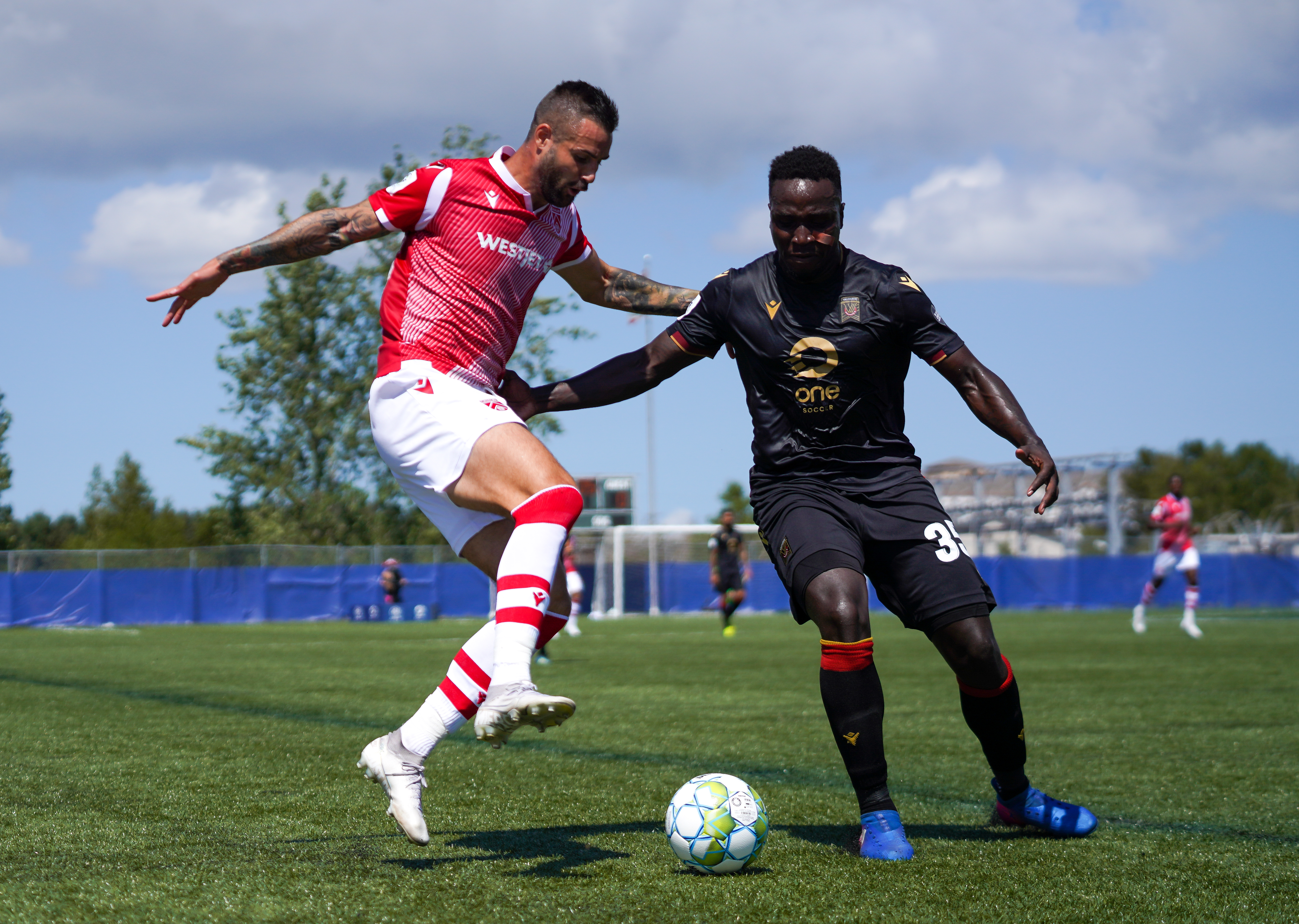 It is both the benefit and the curse of the Canadian Premier League’s Island Games format: there is no time to wallow in misery following a defeat and also very little wiggle room for error.

Valour FC has spent the last couple of days regrouping following their 2-nil loss to Cavalry FC in their opening match of the Island Games on Sunday. Their second test comes Wednesday at noon against the CPL’s newest entry, Atlético Ottawa, and with just seven matches in the first stage of the tournament, teams can’t fall too far behind the pack in order to be one of the four squads to advance.

“As distraught and upsetting as that loss was for a lot of us, the good thing about a tournament is you can’t dwell on the negatives for too much because the next game comes along in 72 hours,” said Valour defender Andrew Jean-Baptiste in a telephone interview from Charlottetown with valourfootball.club.

“So we took the silver lining out of it. That was our first 90 minutes against any opponent, and it just so happened to be one of the better teams from last season. We’re ready. We’re ready. We saw where we could make adjustments and now we know what we need to do going forward.”

Valour had battled Cavalry well through the first half hour of Sunday’s match, but a strong run by Mohamed Farsi down the left flank led to a perfect cross headed home by Marcus Haber in the 29th minute. And just four minutes later, Jean-Baptiste was called for a hand ball in the box, leading to a penalty-kick goal by Sergio Camargo.

Valour pressed more effectively as Cavalry protected its lead, particularly in the second half, but could not finish. Jean-Baptiste stressed that fans should not look at the shot total – four shots overall, none on goal – but see the overall improvement for a squad that started 10 players new to the CPL on Sunday.

“I’ve heard some thoughts about us not getting any shots on target… however, the pattern of play, the passing, the breaking their defensive blocks was very well on our part,” he said. “It was just the final pass, that end product, that determines whether we get a shot on goal. People can say we didn’t get a shot, but they don’t know what happened prior to that that could have possibly led to a chance.

“It was unfortunate in the way they got their two goals but, after that, a small adjustment in our tactics clearly changed the game. They weren’t as dangerous in attacking and we were able to hold more possession of the ball.

“We went head to head, toe to toe with them and matched their intensity. I thought we showed a lot of people we weren’t the same team as last year.”

That said, this is a results-oriented business and Valour needs to get in the win column ASAP rather than fall behind in the first stage.

Interestingly, while Jean-Baptiste, a 28-year-old vet with MLS experience, wants to put Sunday’s loss in the past, a reminder is there staring back at him when he looks in the mirror. He took a boot to the face in Sunday’s loss that has left a mark.

“It’s getting there, getting better,” he said. “It’s still swollen right now and a little tender to the touch. It’s one of those scars you get when you are willing to do anything for your team and that’s what I’m willing to do.

“I’ll do it again if it means it can help get us a win in these upcoming games.”